The Art of Banksy…

Last Friday afternoon Stuart and I went to see The Art of Banksy exhibition in London's glitzy West End.

The showcase features original and authenticated works associated with, arguably, the most intriguing and talked-about artist in modern history. Prints, canvasses, screen-prints, sculptures, unique works and limited-edition pieces mainly dated between the years 1997 to 2008, the show covers the period which resulted in Banksy’s most recognisable and well-known works. "Girl and Balloon", "Flower Thrower" and "Rude Copper" alongside some of Banksy’s lesser known masterpieces.

Banksy is of course most infamous for his outdoor art which can be found in streets all around the world. Banksy’s indoor pieces - original and unique works on canvas, wood and paper - have been less exposed and are also on display at this exhibition.

It's not cheap to get in - so if you just want to save some money - yet see the images - take a look below. It’s what Banksy would have wanted. The show is unendorsed. 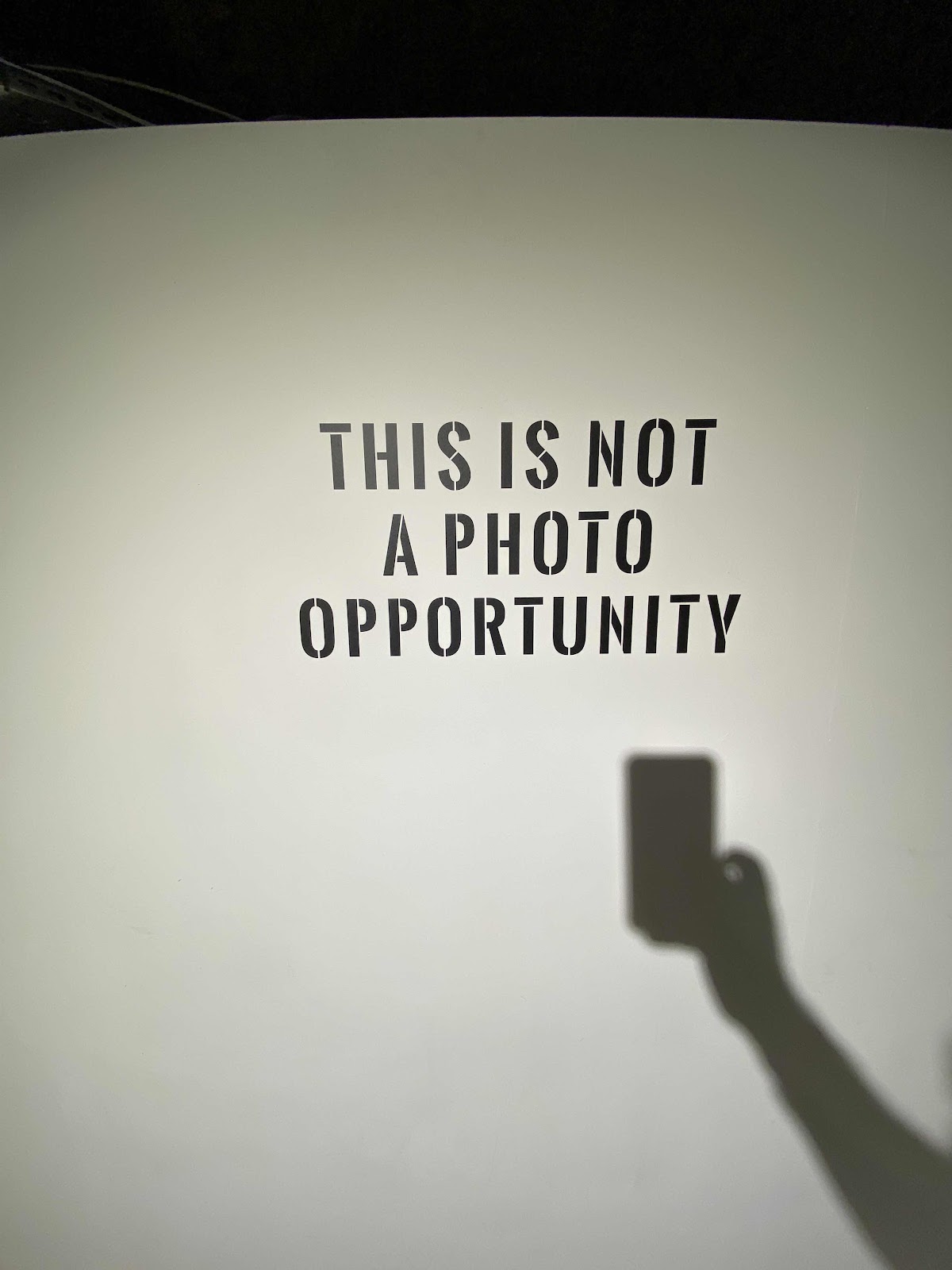 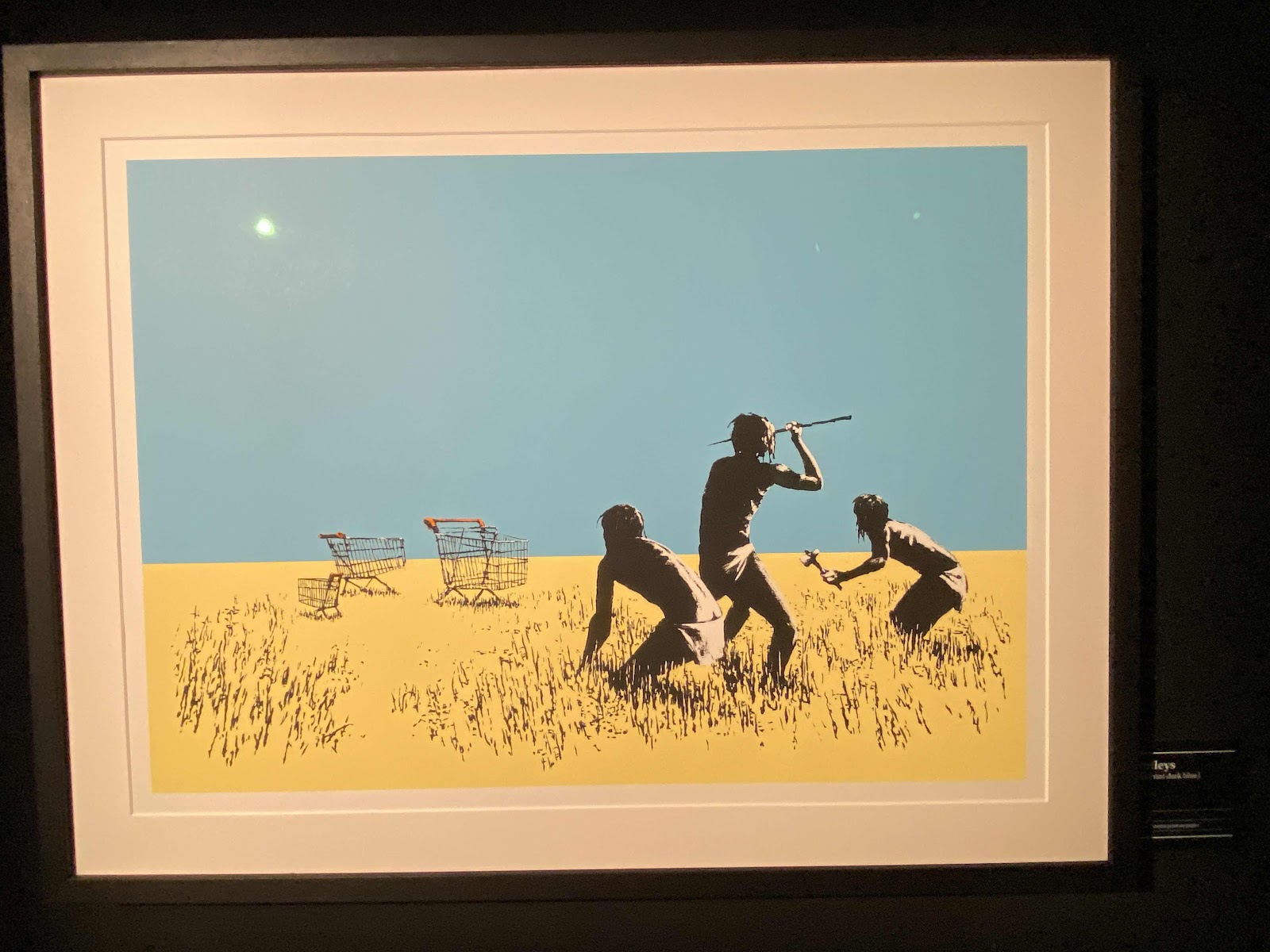 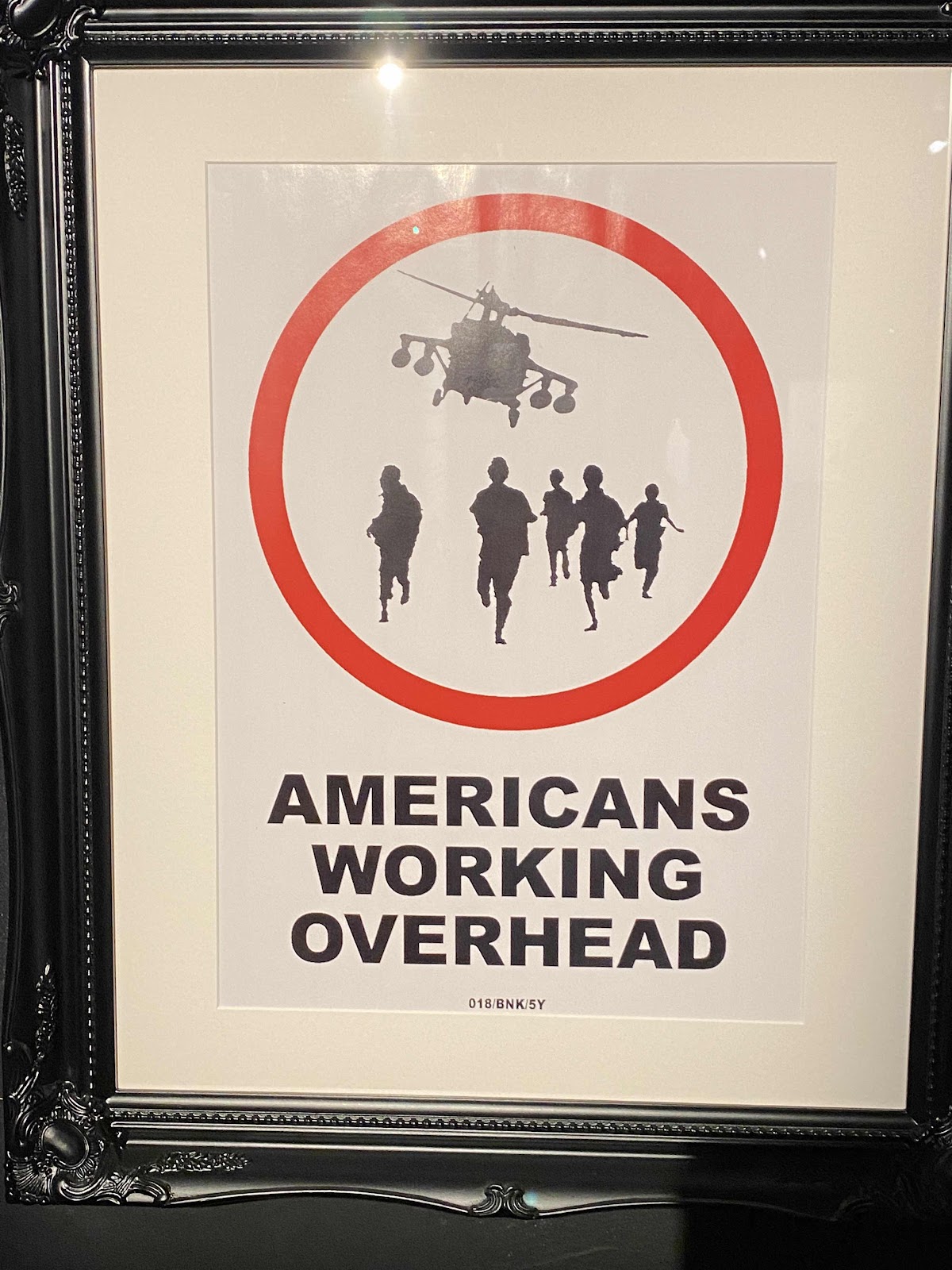 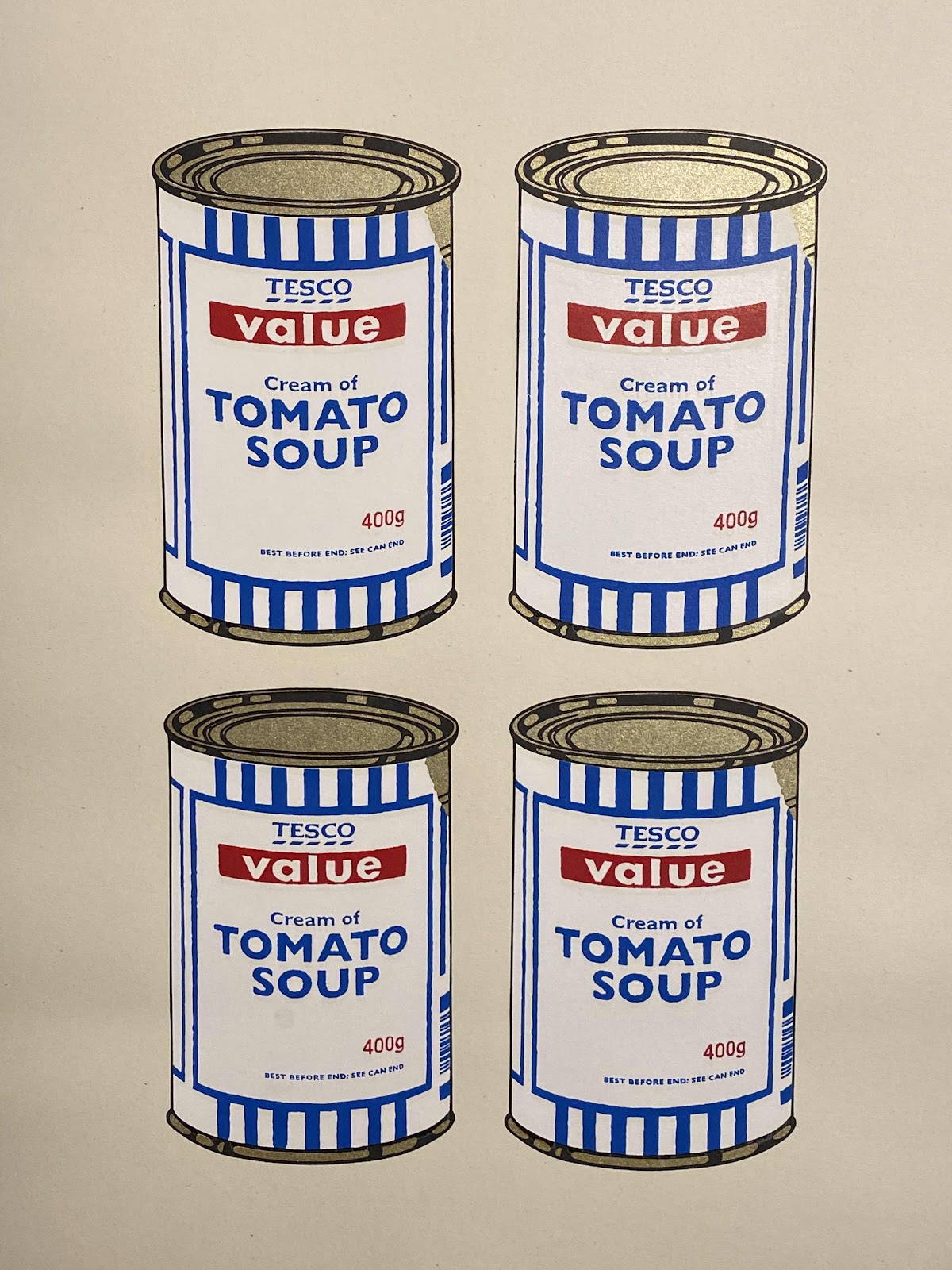 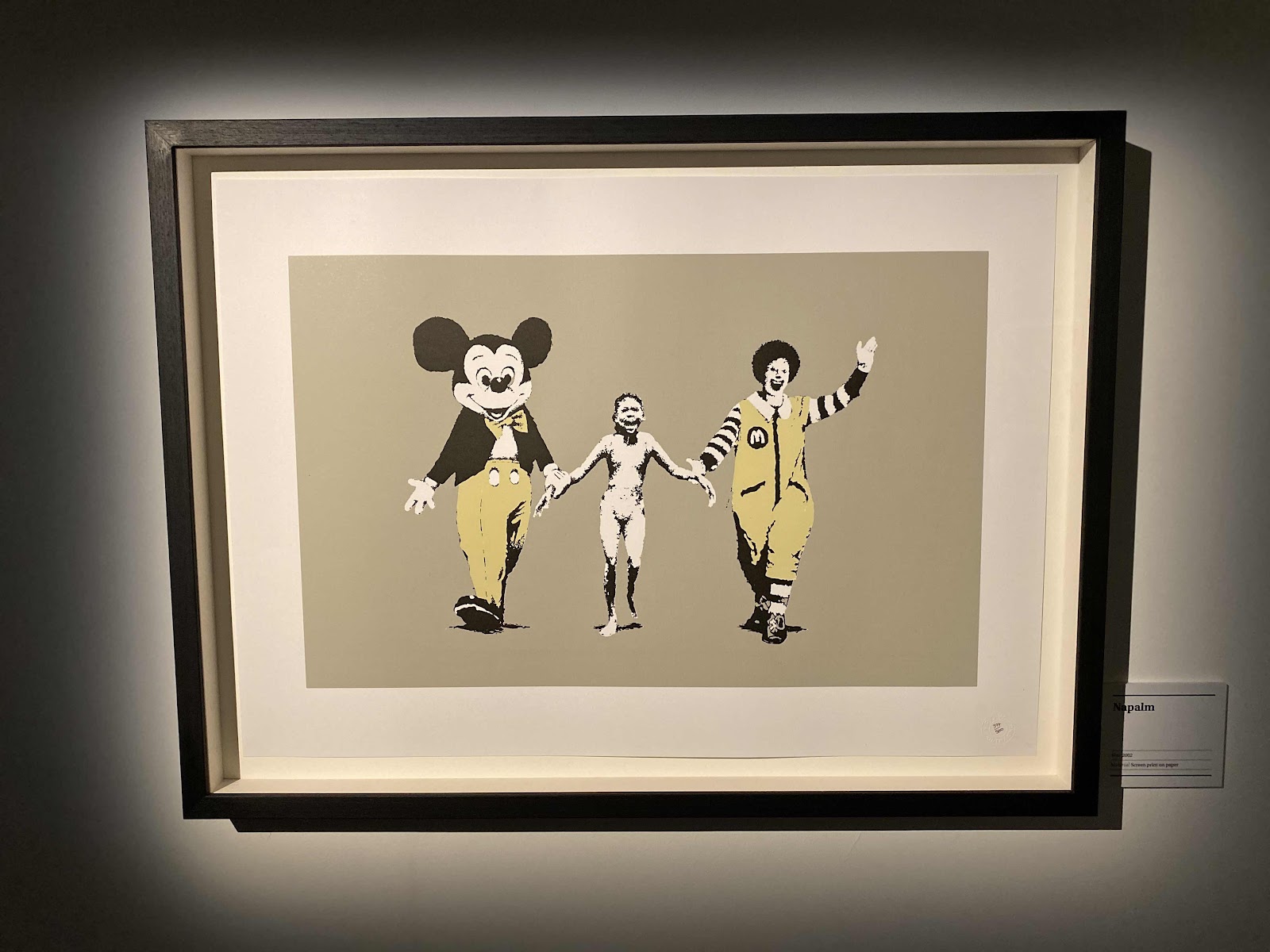 Posted by overyourhead at Wednesday, June 30, 2021