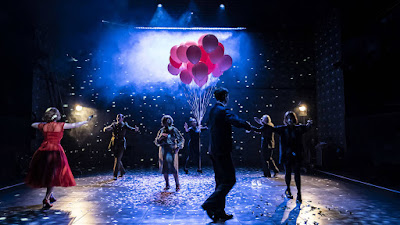 The action is set in a small, mid-20th century bureaucratic waiting room between life and death. The room is floor-to-ceiling filing cabinets, angle-poised lamps, and office furniture.

Every Monday, a group of recently deceased people check-in for one week: they are the guided. They have that week to identify their happiest memory, after which the officials, (the guides) must design and stage those memories. In this way, the souls will be able to re-experience this moment for eternity, forgetting the rest of their life.

The show initially asks the question: if you could spend eternity with just one precious memory, what would it be?

The conflict, and so the drama, of the play comes from the struggles the guided have in choosing (and reliving) what they think might be happy memories. Honesty and truth can be hard to face when you don't know what 'happy' means. And then there are the murky thoughts of murderers and the unloved.

In the development phase of the film, the Kore-eda interviewed more than five hundred people from disparate social backgrounds, asking them to tell him about their memories and choose the single one they would keep. Kore-eda was "intrigued by how often people chose upsetting experiences".

And so we find in Thorne’s version too as the guided grapple with this impossible question while being encouraged by the enigmatic officials.

Eventually, when chosen, each memory is altered in some way by the guided. An alteration that people often do when they reply on recall. Here the memories are subjectively revised, enhanced and reinterpreted before being finally staged and recreated. These memories are not fixed. They are form of therapy for each character.

We loved it. It was thought provoking, dreamy, funny, and cleverly staged. And the finale, as the memories are all recreated on stage, brought tears to my eyes. Ironically for a play about death, it is magically life-affirming. 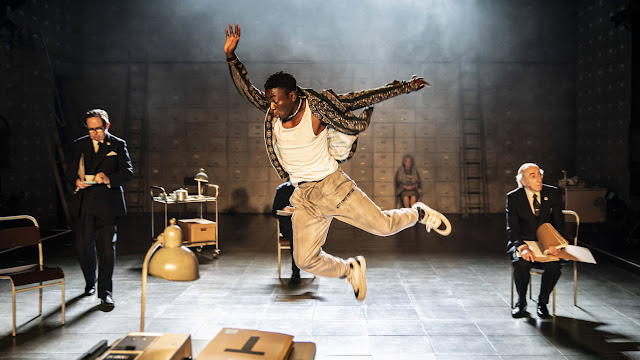