Vietnam: Saigon (well, that's what the locals call it!)...

Are you two married?
No.
Girlfriends?
No.
Would you like to eat some dog?
No.
Fire some American rifles? We have AK47s?
No.
Would you like to go to the tunnels where the Viet Cong hid from the Americans during the American War?
Sure.
The Cu Chi tunnels are deep underground structures down to three levels totalling 250km. They were used for meeting, dining, living and fighting by the Viet Cong. At anyone time 1000 people lived underground and the tunnels contained numerous gruesome booby traps to stop American soldiers gaining access to them. Women and children lived down there to as well as the fighters. They are now held as great examples of Vietnamese resistance and ingenuity. We found them to be fascinating but rather sad. 3,000 Vietnamese people died in those tunnels. And they were used to kill many US soldiers too. 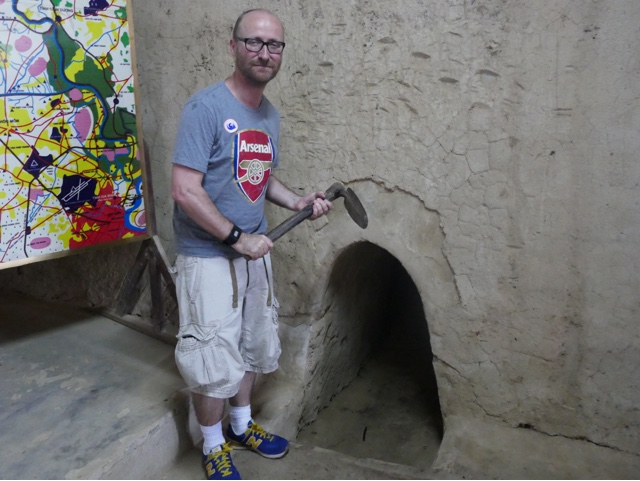 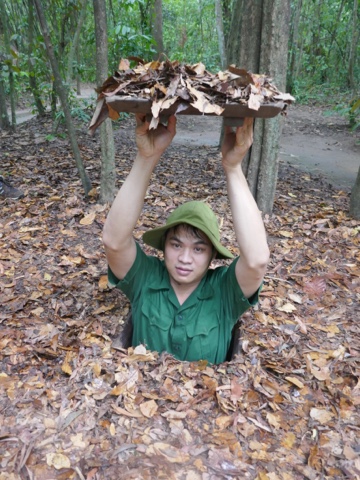 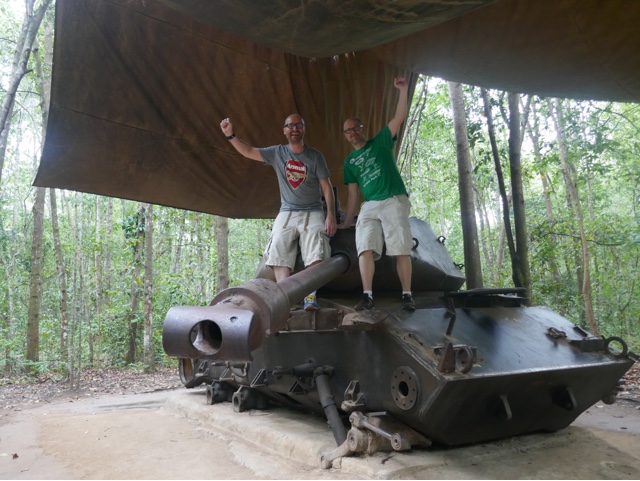 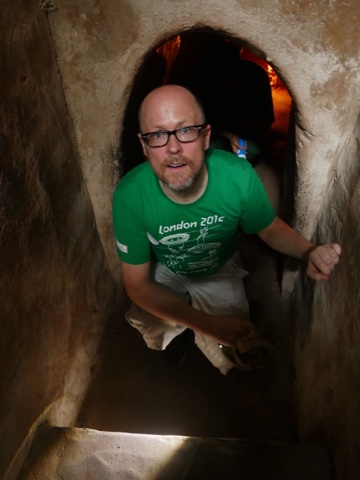 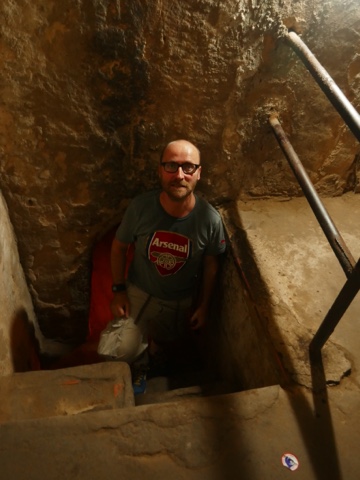 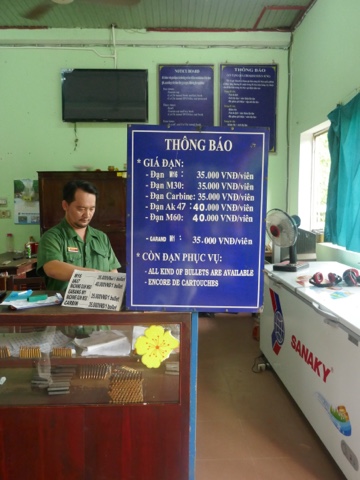 Posted by overyourhead at Wednesday, June 08, 2016