Today Stuart and I cycled about 15km out of Siem Reap into the countryside to meet some of the locals and visit two more temples - Bakong and Preah Ko.
The Cambodian countryside was as rich and lush as the locals were poor. Most familes are farmers with no electricity and a shared water well. Those that have managed to send their kids to school are allowed to borrow money from the bank to build brick houses. Some of these are fairly gaudy to be frank but serve their purpose well. All the kids smiled and waved and said "Hello mister".
Past the villages we came upon Bakong temple - it is the first temple mountain of sandstone constructed by the rulers of the Khmer empire at Angkor. It's in pretty good nick too. Naturally we had to climb up to the top.
Then we cycled on to Preah Ko temple which is fab. It is probably our favorite temple of our trip. Consisting of six brick towers in two rows perched on a sandstone platform it is dedicated to Jayavarman II (founder of the Khmer empire), his father, his grandfather and their three wives. The six towers all bear images of the Hindu god Shiva. It's in such good nick the temple looks like it was built 120 years ago not 1200 years ago. Loved it. 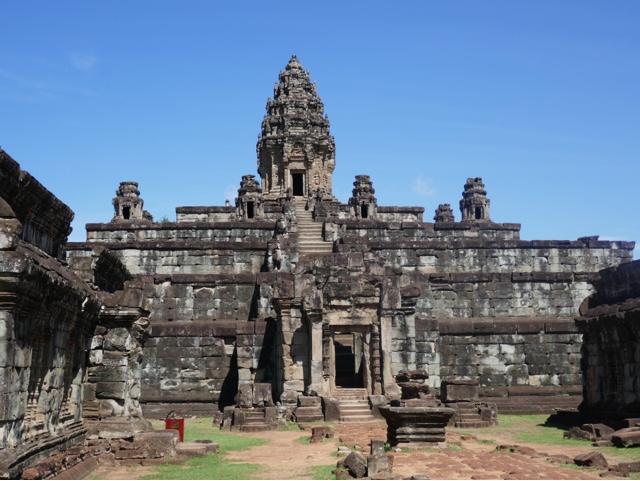 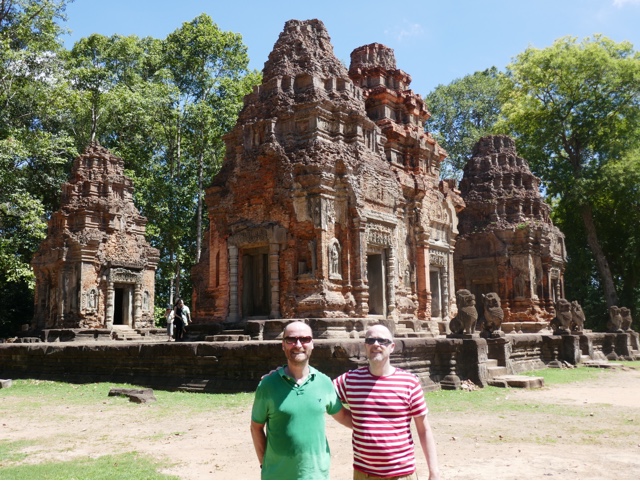 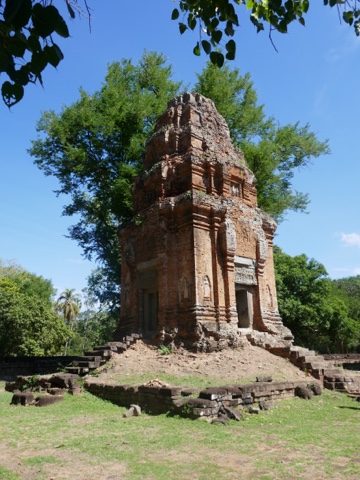 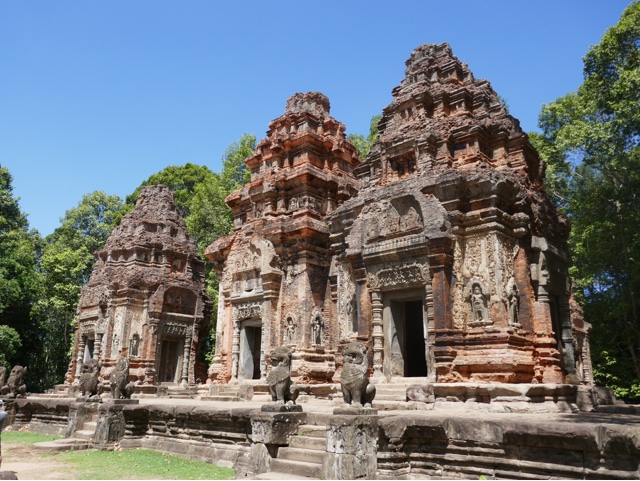 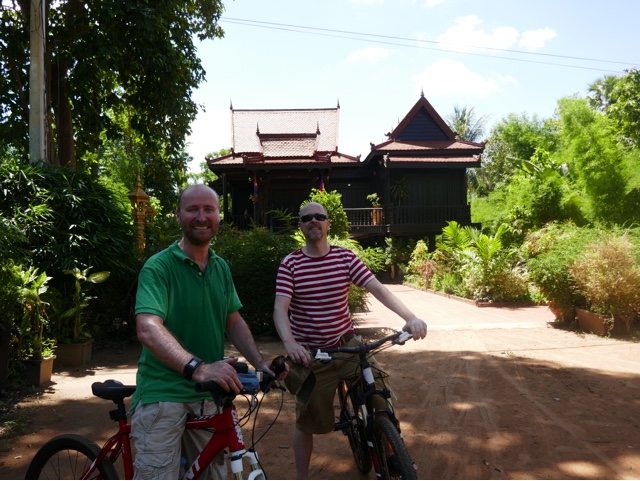 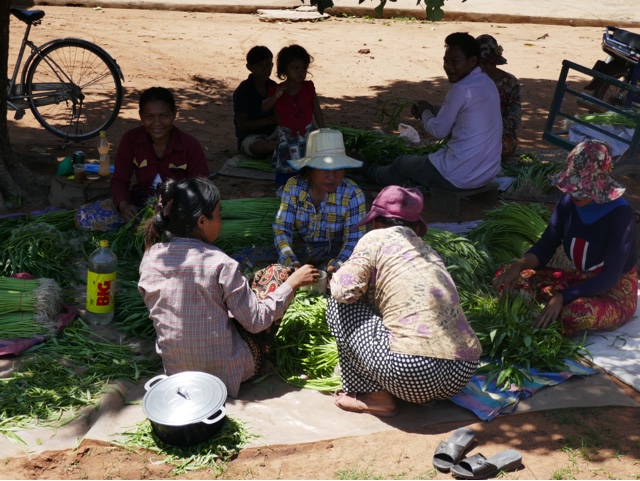 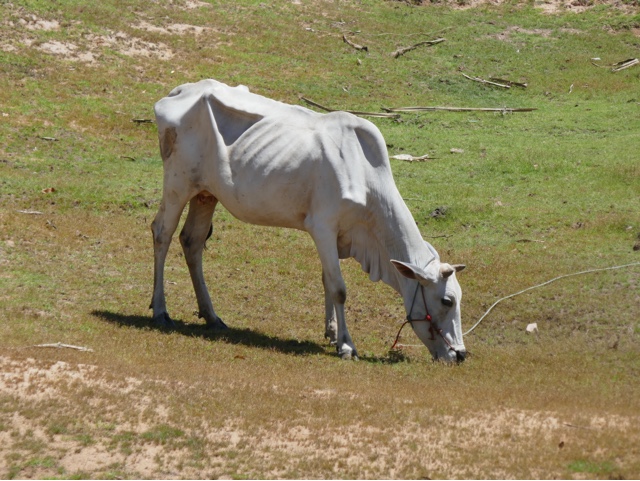 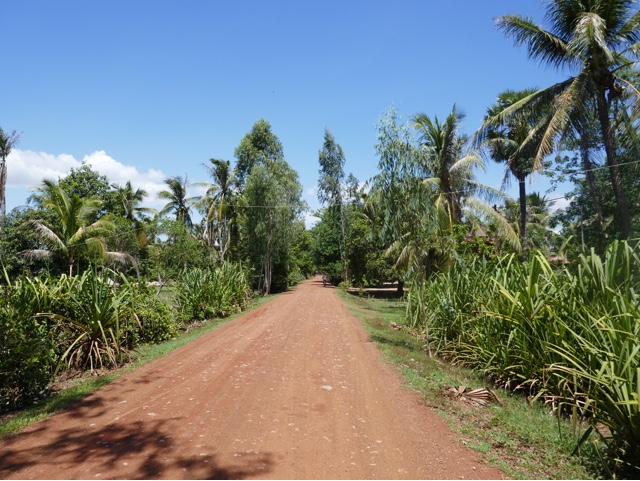 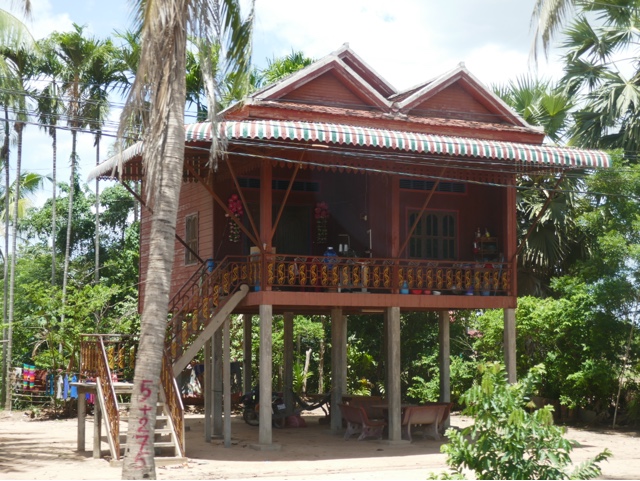 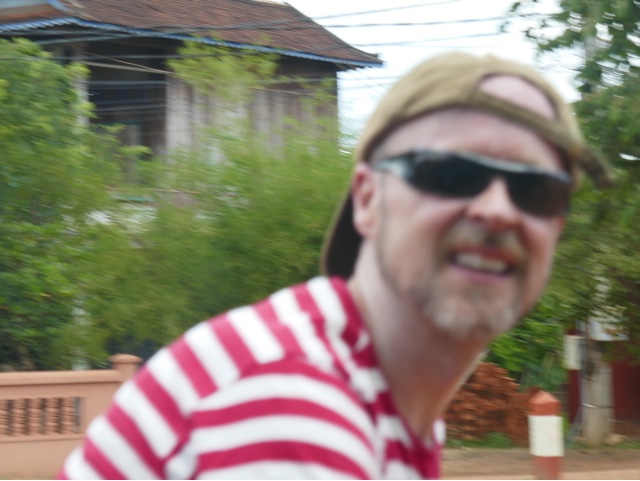 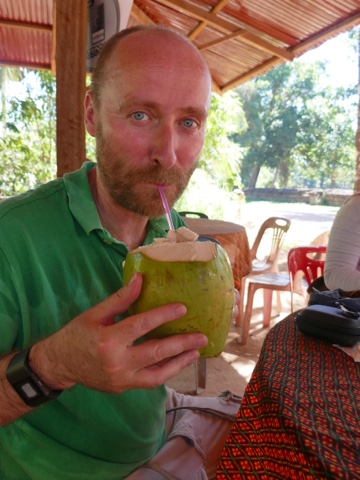