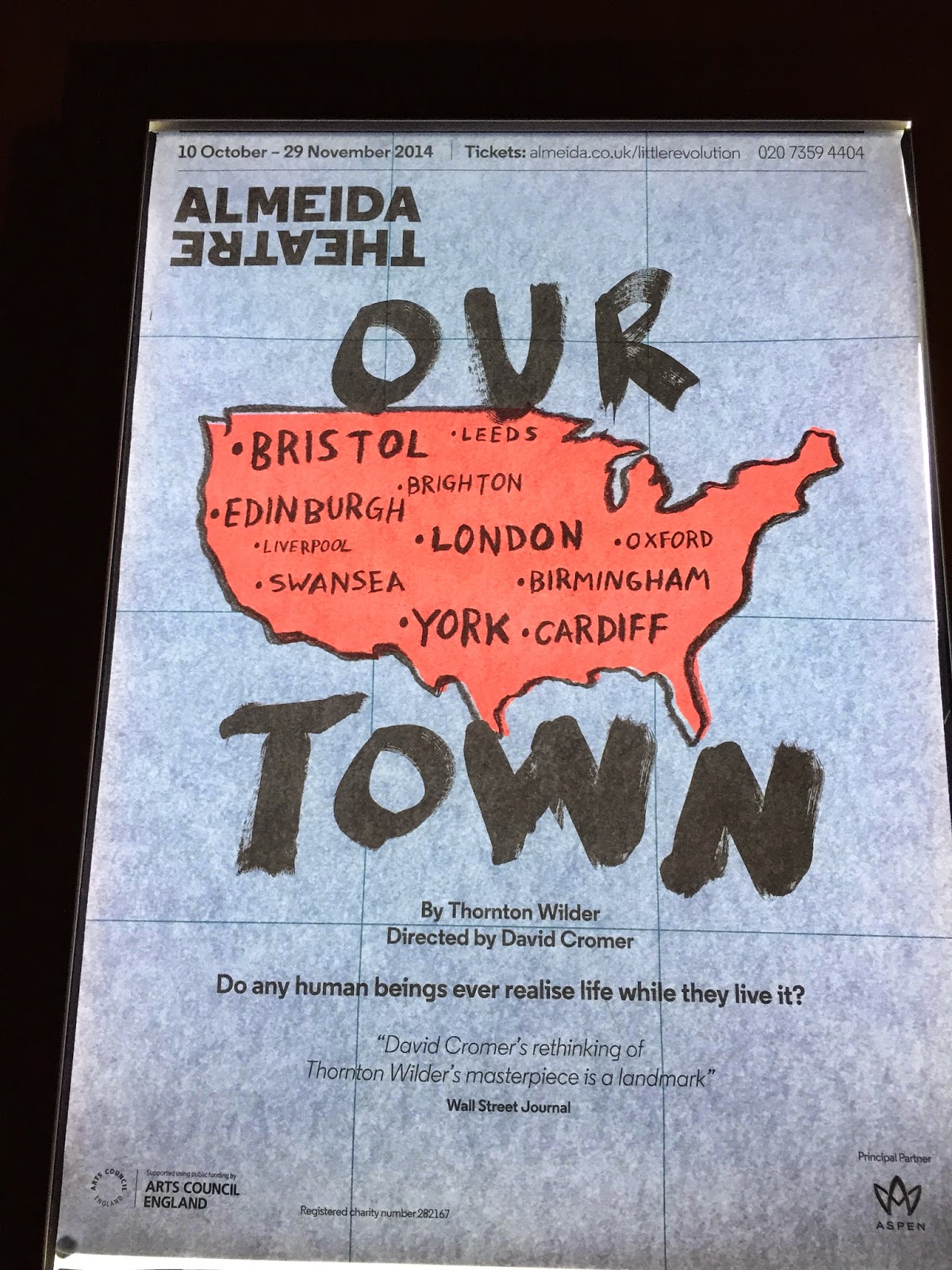 Last night Stuart and I went to see Our Town performed at the Almeida Theatre in London's glitzy Islington.

In 1946, the Soviet Union prevented a production of Our Town in the Russian sector of occupied Berlin "on the grounds that the drama is too depressing and could inspire a German suicide wave."

Well, I guess people were easier to depress back then. **Spoiler alert** Not everyone makes to through Act III.

Thornton Wilder's play often gets described as "stark, pure and unforgettable theatre" what with it's post-modern fourth wall-breaking Stage Manager character addressing the audience directly and sign-posting the hum-drum plot with the subtly of a peacock on the pull.

We beg to differ.

For us the play certainly was "stark" - as per the stage directions there was little by way of props or scenery. As for "pure" - it was certainly purely an actor's play in as much as we could see why actors would like to be in it. They have to pretend to wash up, delivery milk, eat food, etc. A sort of miming workshop. Very drama school. But as for "unforgettable" we do have to disagree. The plainly told story of a small out of the way American town is utterly unremarkable. People go about their lives, go to school, people get married, bring up kids. We get it. And then when people die they didn't realise what they had until it was gone. We really do get it.

Now this Almeida production was good. But only "good". Any ensemble piece like Our Town requires top notch actors in every role and here one or two just weren't up to scratch.

Sad, really as maybe the short-comings of the play could have been made up by better acting by some of the cast.

Another rather disappointing piece from the Almeida . Luckily not as awful as Mr Burns though.

Posted by overyourhead at Friday, October 17, 2014