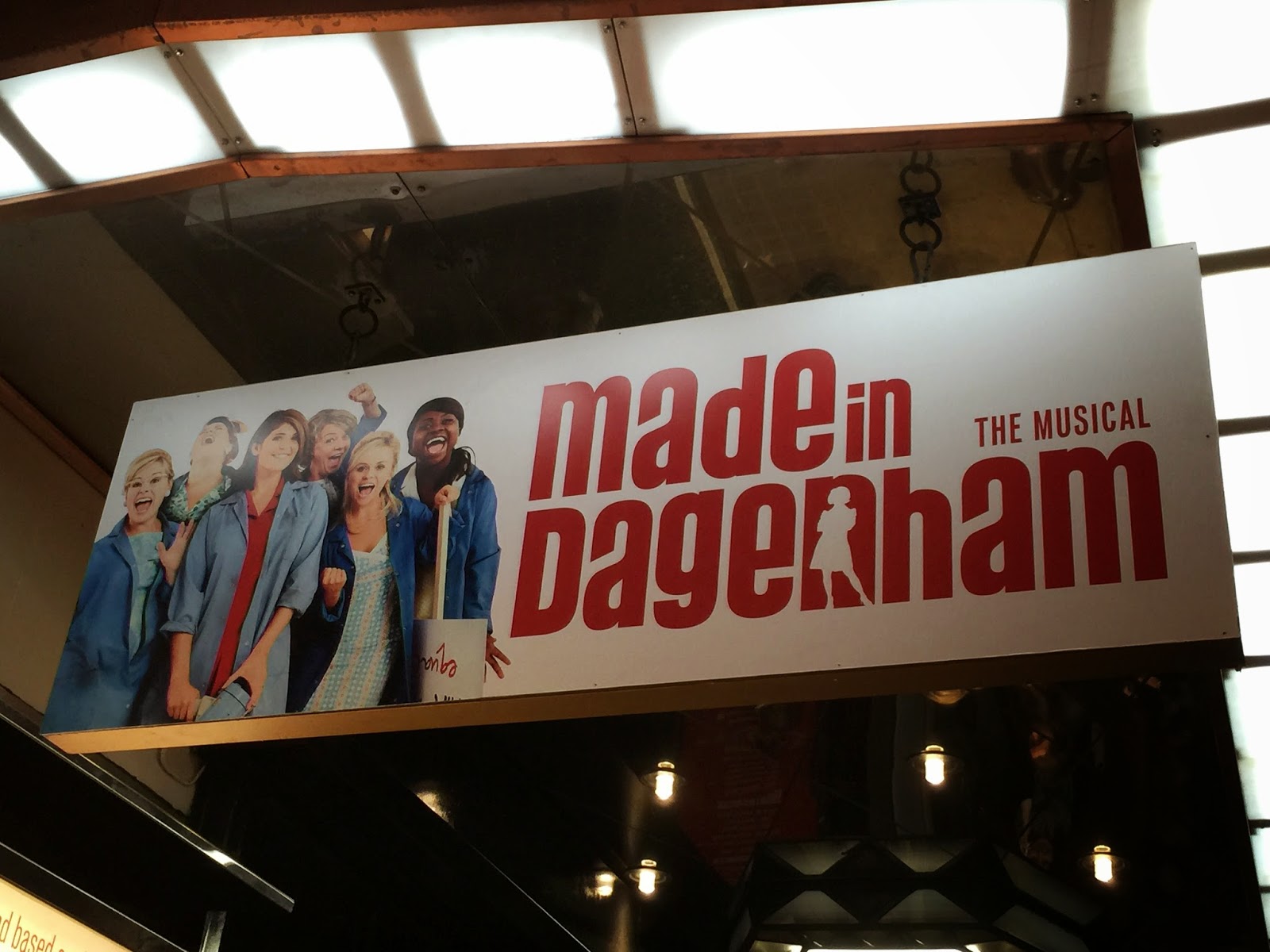 Last Friday night Stuart and I went to see the new musical Made In Dagenham at the Adelphi Theatre in London's glitzy Strand.

Starring Gemma Arterton it retells the story (as did the film of the same name) of the women at the Ford Dagenham factory who went on strike for equal pay back in the 1960s.

To be honest we had pretty low expectations going into the auditorium but these proved to be completely unfounded. We loved it. It was funny, tuneful and well-sung. The production values were high, the show was slick and we were completely swept along with all the joie de vivre.

The struggle of the women to fight for what was only fair saw us visit a show-stopping comedic Barbara Castle, a pipe-smoking dancing Harold Wilson and best of all an all-American Ford general manager with an anti-British production number that had us weeping tears of mirth.

For downright cheerful enjoyment and exultation of the spirit this show was hard to fault. Now stick THAT on the poster!