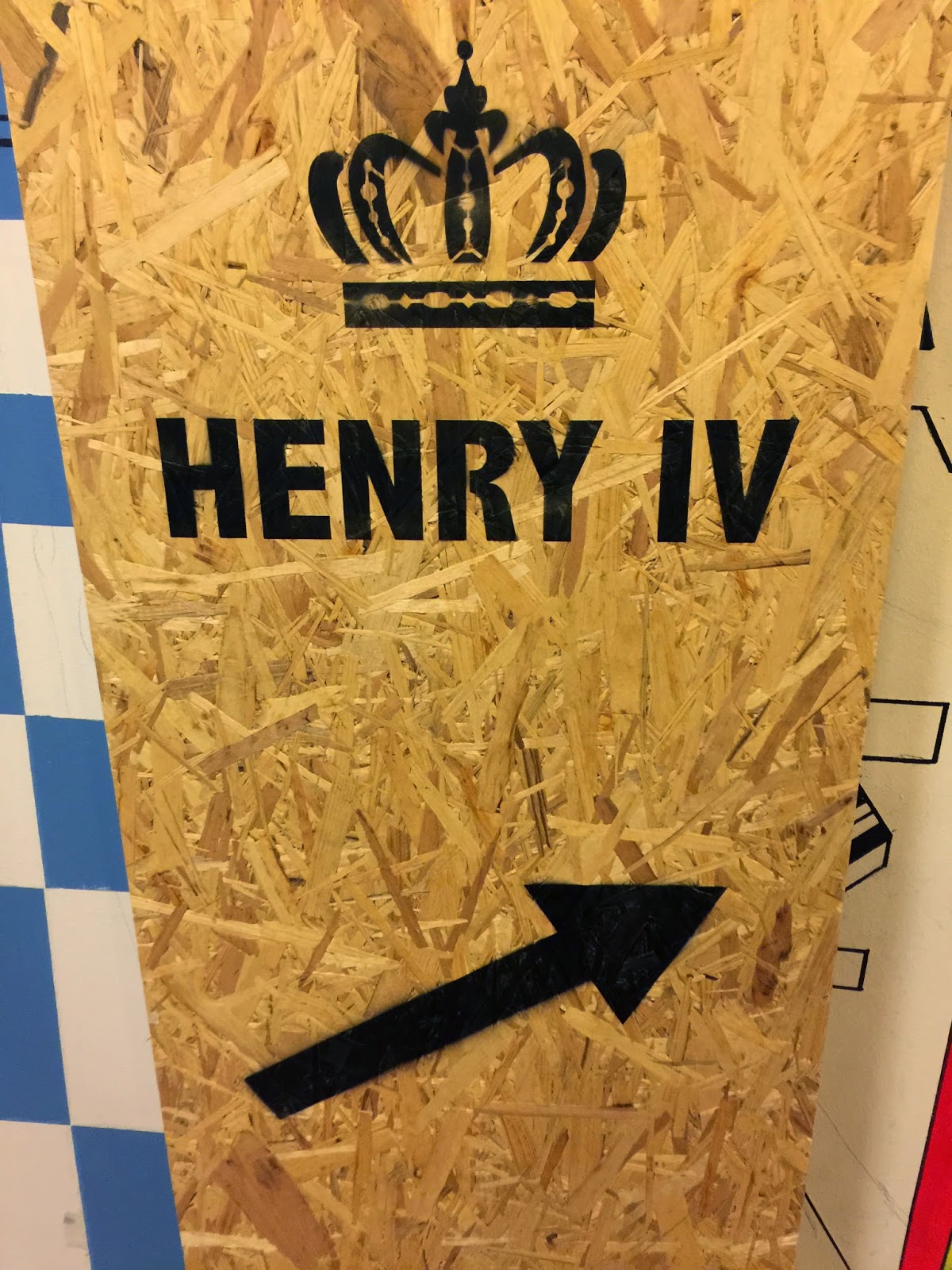 Last night Stuart and I went to see Shakespeare's Henry IV at the Donmar Warehouse.

Condensing parts one and two into a single play this all-female production directed by Phyllida Lloyd was set in a women's prison. The running time was approximately 2 hours without an interval - but the time simply flew by. It was fun, revealing, and superbly acted.

The questions of what makes a a king? What makes a man? And what makes a father? are turned on the head when spoken by a woman. And ironically it is this female voice that helps us as the audience understand the motivations of these great male historical figures so much more clearly. The sense of gender detachment actually works in our favour.

Helping the production along were jokey sound effects, singing, and modern turns of phrase. None of this modernism actually detracted in any way from the action though. If anything it drove it forward. The two main plot lines are countrywide rebellion against the crown and journey of the Prince Hal leaving his drinking days and petty criminal friends behind him to take up the throne.