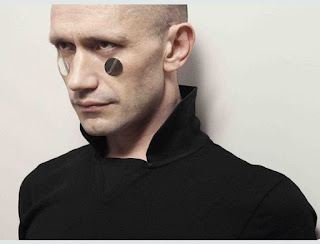 The double bill of contemporary dance was simply sensational. The first part was choreographed to music by Scritti Politti and the second, called "Who's Zoo?", to music including Pulp’s F.E.E.L.I.N.G.C.A.L.L.E.D.L.O.V.E and also by Relaxed Muscle.

Relaxed Muscle (aka Jarvis Cocker's alter-ego Darren Spooner) actually performed live four of their songs; The Heavy, Let It Ride, Beastmaster and B-Real most of which is from their album A Heavy Nite With... And they were awesome.

The only down side was perhaps that the running time was a tad short - just 80 mins *including* interval. We loved it so much we're going back again this Thursday!

Posted by overyourhead at Monday, October 22, 2012