Last Saturday afternoon Stuart and I walked down to the Tate Britain in London's glitzy Pimlico to see the fabulous Aubrey Beardsley exhibition.

Beardsley, who was born in Brighton in 1872 and died of tuberculosis at the tender age of 25, titillated late-Victorian London with decadent scenes depicted in his sinuous black-and-white ink lines, often showing the strong influence of Japanese graphic art. But this was only part of the story. The exhibition shows us the artist had a broader range than the simple black-and-white line drawings for which he is famous. He was more than a one trick pony as an illustrator / graphic artist.

Five of the artist’s original illustrations for Alexander Pope’s poem The Rape of the Lock are shown here together for the first time since they were created in 1897, as part of the largest display of Beardsley's work in Britain for more than 50 years. The Tate has in fact managed to reunite more than 200 works for the show. Which is no mean feat.

The artist was protective of his work and passed his drawings directly to publishers or close friends. From there, they often went to private and university collections in America and are now fragile. As a result they are rarely displayed.

"He had so many more styles and artistic influences than people recognise him for today," curator Caroline Corbeau-Parsons says. "When you see the detailed lace on these drawings it is clear he could work in different styles. We are all familiar with his illustrations for Oscar Wilde’s play Salome, the elongated black-and-white figures, but this exhibition changes the way people think of Beardsley."

If you get a chance to go, do. But be warned, some of it is very rude! 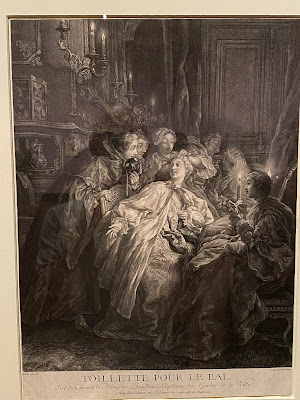 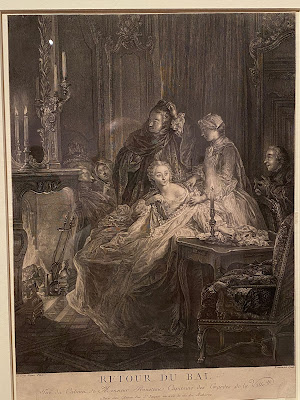 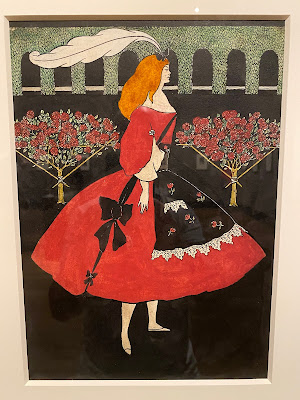 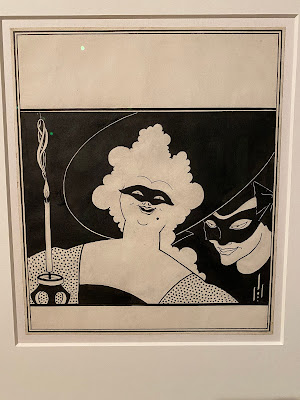 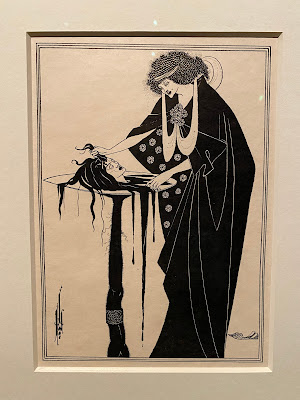 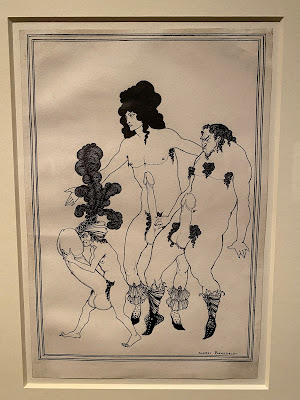 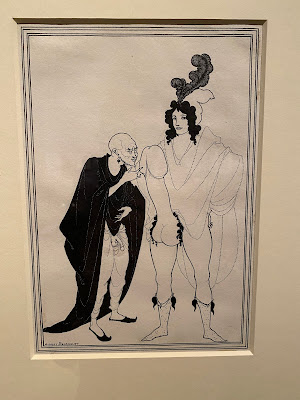 Posted by overyourhead at Monday, September 07, 2020