Today Stuart and I are jetting off from Mumbai heading north to the nation’s capital city - Delhi. And all the craziness that promises.
But before we leave I just wanted to tell you a little bit about our hotel in Mumbai, The Taj Mahal Palace. It has an interesting history. And it is fab.
In 1867 another hotel, Watsons was built in Mumbai. Watsons was glamorous, famous and exclusive. Famously exclucive in fact. Exclusively for Europeans that is. It's notorious motto was "No Indians, no dogs."
One day Indian industrialist Jamsetji Tata was refused entry to Watsons. He objected to its whites-only policy but was ejected into the street. In the gutter, so the story goes, he vowed to build his own hotel. A hotel where all were welcome. So he set about building a magnificent all-inclusive rival. He called it The Taj Mahal Palace Hotel. No expense was spared. And it was an instant success.
The Palace Wing was built in 1903 and to this day exudes period charm and old-world splendour, coupled with modern amenities.
As the Taj hotel grew so Watsons hotel started to fade.
Over time, the Taj became the favourite of many Indian Maharajas as well as visiting foreign dignitaries and, more recently, the world's CEOs and film stars. It is now the flagship of a chain of hotels, the Taj Group. The hotel has the most celebrated address in Mumbai, and offers top-class accommodation and service. In fact it is one of the best-known five star hotels in the world.
Its 560 rooms offer a mix of contemporary European and Indian style with superb views over the Gateway of India and the Arabian Sea. Throughout the hotel the public areas are decorated with antiques, silk carpets, crystal chandeliers, paintings and contemporary art, while the shopping arcade includes designer fashions and a well-stocked book shop. There is an excellent choice of restaurants including the legendary Sea Lounge, with views over Mumbai Harbour, as well as Indian, Oriental, Middle Eastern and European dining options. We were offered free tiffin, free high tea, free cocktails, and made to feel very welcome.
The outdoor swimming pool and Jiva Spa provide the perfect place for relaxation. This hotel provides world-class levels of service and excellent cuisine. And *all* are welcome.
And what of the Watsons? What happened to that racist enclave? Well, it's a broken down dump. People deserted it in droves. By 1920 it had closed as a hotel. 40 years later it had closed as a building completely. Consigned to history, like the attitudes of its then owner should be.
I must just mention the Mumbai terrorist attacks in 2008. 167 people were killed in a series of bombings and shootings across the city over a four day period. The Taj was also targeted in these attacks. It saw 6 bombs, 3 fires - one of which gutted the entire 1st floor, 250 hostages were taken, and sadly 31 people were killed. The hotel recovered though. It is just as popular as ever it was. Terrorism never wins when people refuse to be terrorised. 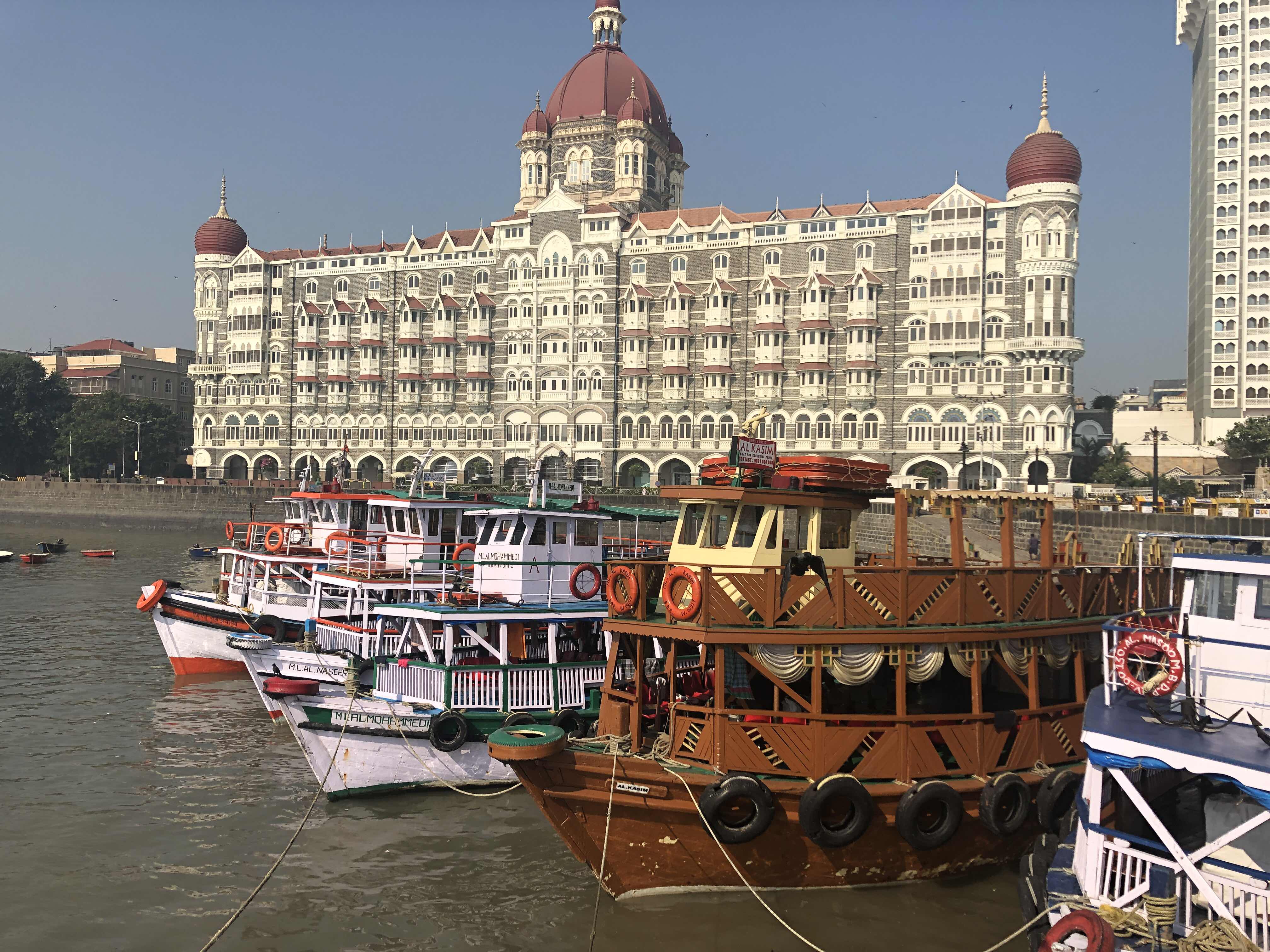 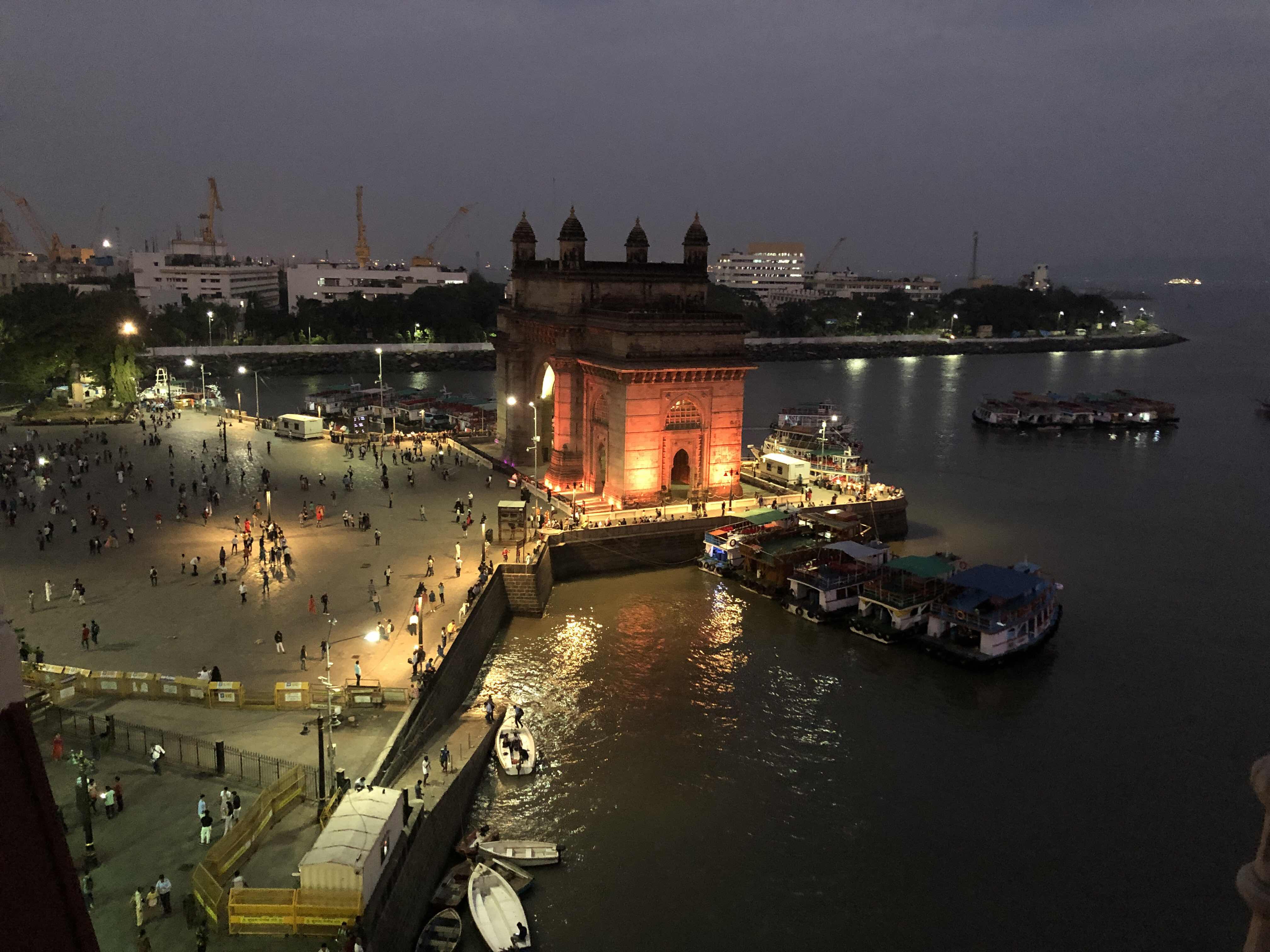 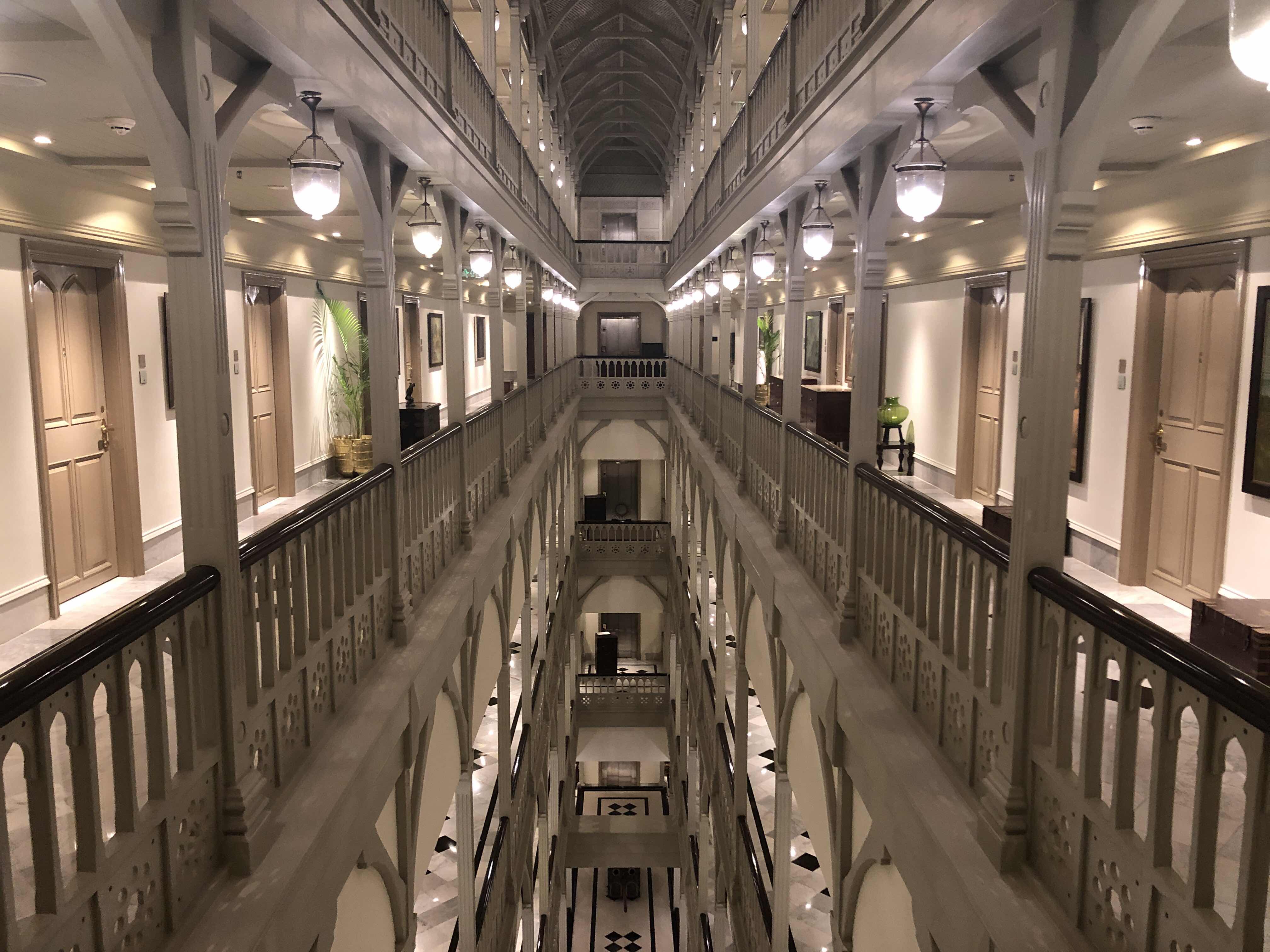 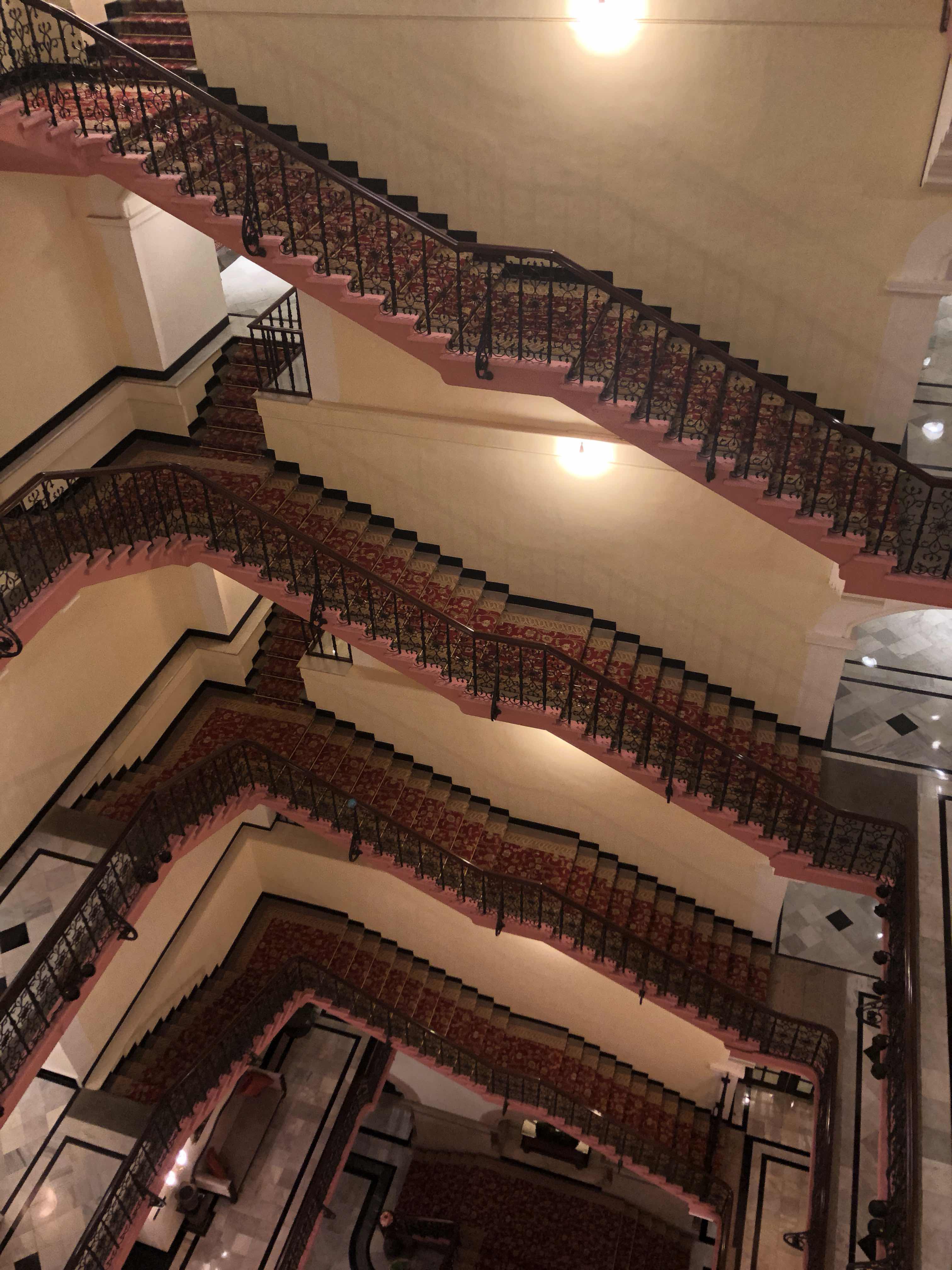 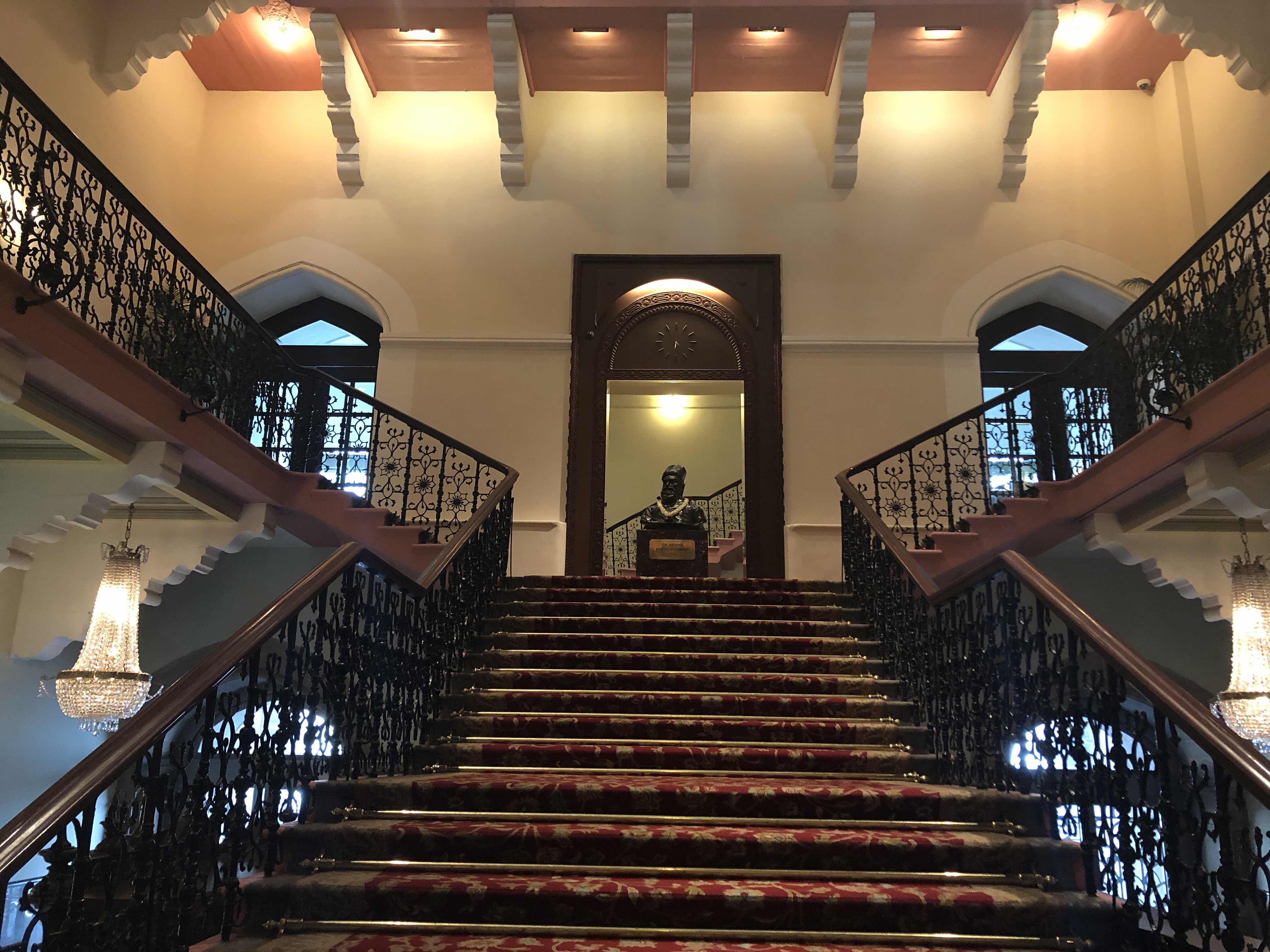 Posted by overyourhead at Friday, November 02, 2018