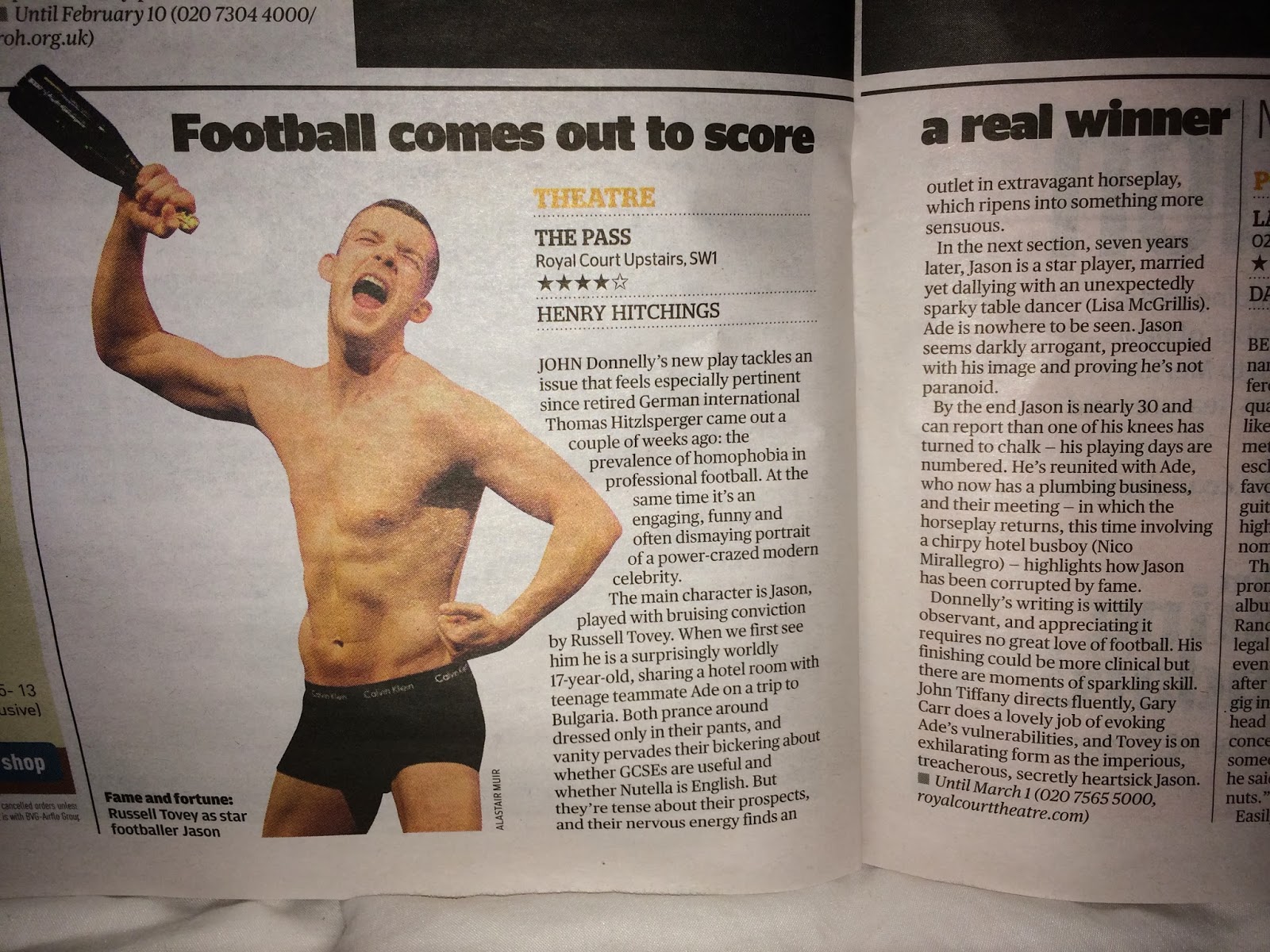 On Saturday night Oliver, Steve, Stuart and I went to see The Pass at The Royal Court.

It was a brilliant production, fantastically acted and sexy has hell.

Starring the lovely Russell Tovey the story tells how the corruption that ambition and fame brings can ruin lives. Tovey plays Jason an aspiring footballer who along with his best mate Ade (Gary Carr) are poised on the brink of stardom. Jason makes a pass at Ade in their shared hotel room the night before a big game - something he fails to do the next day on the pitch - thereby changing both of their lives. Jason scores on and off the pitch, Ade fails to get picked, and then jacks in his ambitions and finds love being a plumber and with a new man. Jason goes on to bigger and badder things.

The action resumes years later as Jason, now a star, is trying to cover up his homosexuality. He is spending a night with a female pole dancer. But just who is fooling who? Jason's closet lifestyle and hunger for fame has driven him to the brink of a breakdown. He makes another misjudged pass and things soon spiral out of control. "I am not a gay man," he bellows, "I am an ATHLETE!", he then screams back at the woman as she questions his motives. And we believe him. His own disgust has driven him to self-denial and madness.

Fast forward a few years later and he has invited Ade up to his swanky hotel room. Drunk on pills, booze and power he makes his third and final pass. Perhaps trying to get back to that man he was, the man who stood a chance with his mate Ade. But Jason and Ade are both changed men. Jason's corruption is complete and the way he uses people disgusts Ade.

Posted by overyourhead at Monday, January 27, 2014