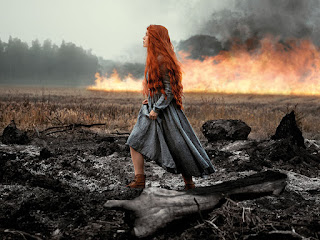 Last Friday night Paul, Stuart and I spent 5 hours in the London Coliseum in London's glitzy West End watching epic opera The Valkyrie; the first turn in the rotation of a new staging of Richard Wagner’s Ring cycle at the ENO.

The Valkyrie is an inspiring saga; an emotional story, filled with brave heroes, cunning gods, one true ring, mythical swords, divine retribution, and a brother and sister who shag.

Said brother, Siegmund (Nicky Spence), and said sister, Sieglinde (Emma Bell), make a handsome if unnatural couple. When their dad, hot-tempered Wotan (Matthew Rose), disagrees though and decides Siegmund must die. He sends their half-sister Brünnhilde (Rachel Nicholls) to do his dirty work. Only Brünnhilde has other ideas.

Directed by Richard Jones and conducted by Martyn Brabbins the show was hypnotic and absorbing throughout if a little uneven. Wagner's music never falls short of enchanting though and we were mesmerised.

Just a bit of a shame Westminster Council vetoed the use of flame effects in the last act on safety grounds. 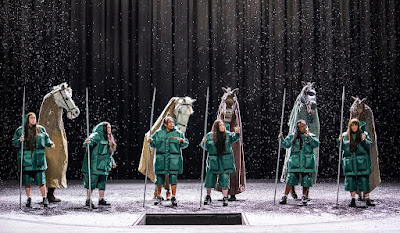 Posted by overyourhead at Monday, December 13, 2021