The Francis Crick Institute is right by St Pancras Station. So full of excitement yesterday morning I joined the queue outside the side entrance with about half a dozen other 56-59 year olds all waiting in the rain. We were all there for our first jab.

Having booked directly with the Institute via their own web site rather than through the central NHS web site meant I, along with a few others, found myself on the 'other' list. Not the main list, the 'other list. So we few got a bit wetter than most while they searched around for the 'other' list.

Eventually the 'other' list was produced; and I was inside the building.

I was then meet by a series of people with iPads who took it in turns to check who I was, check my date of birth, check my NHS number, check I had a booking, and finally check I didn't have any Covid-19 symptoms, and I understood the 'potential risks' of the vaccine. I did.

Finally, I got to sit in a doctor's chair for my jab.

The doctor said, "hello" and then scrolled up and down a spreadsheet on her laptop. She paused. The she scrolled some more. Then she stood up and said she'd be back in a minute. A few minutes later she reappeared with one of the iPad people I'd spoken to earlier who eyed me warily before they both leaned over the laptop and scrolled up and down some more. Finally iPad person said, "ah-ha", looked at doctor, rolled his eyes and clicked something on the spreadsheet. After he left the doctor said to me, "I'm not trained to ask questions about allergies so I needed him to click that box." "OK", I said.

The jab was quick and painless and within a few minutes, I was heading for the door thanking any and every one I could see. It all took about 30 minutes.

I've had no real side effects since apart from my arm being a little bit achy last night waking me up at 3am. So I took a couple of painkillers and I've not had to take more or had any aches or pains since.

My overwhelming feeling today is one of gratitude. Gratitude to the scientists, to manufacturers, to the logistics, to the NHS, and to all the unseen backroom boys and girls who have made that little vaccine happen. 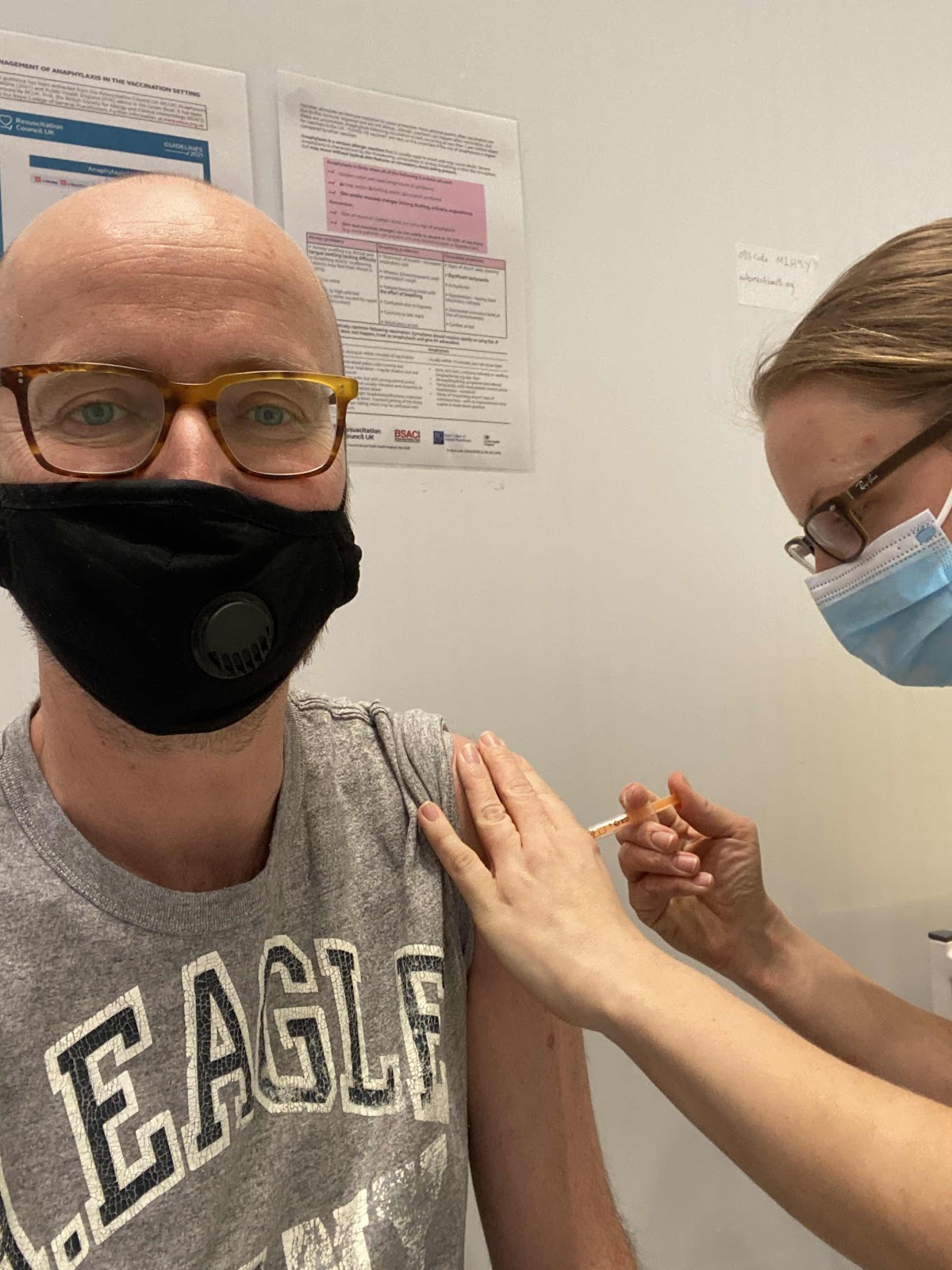 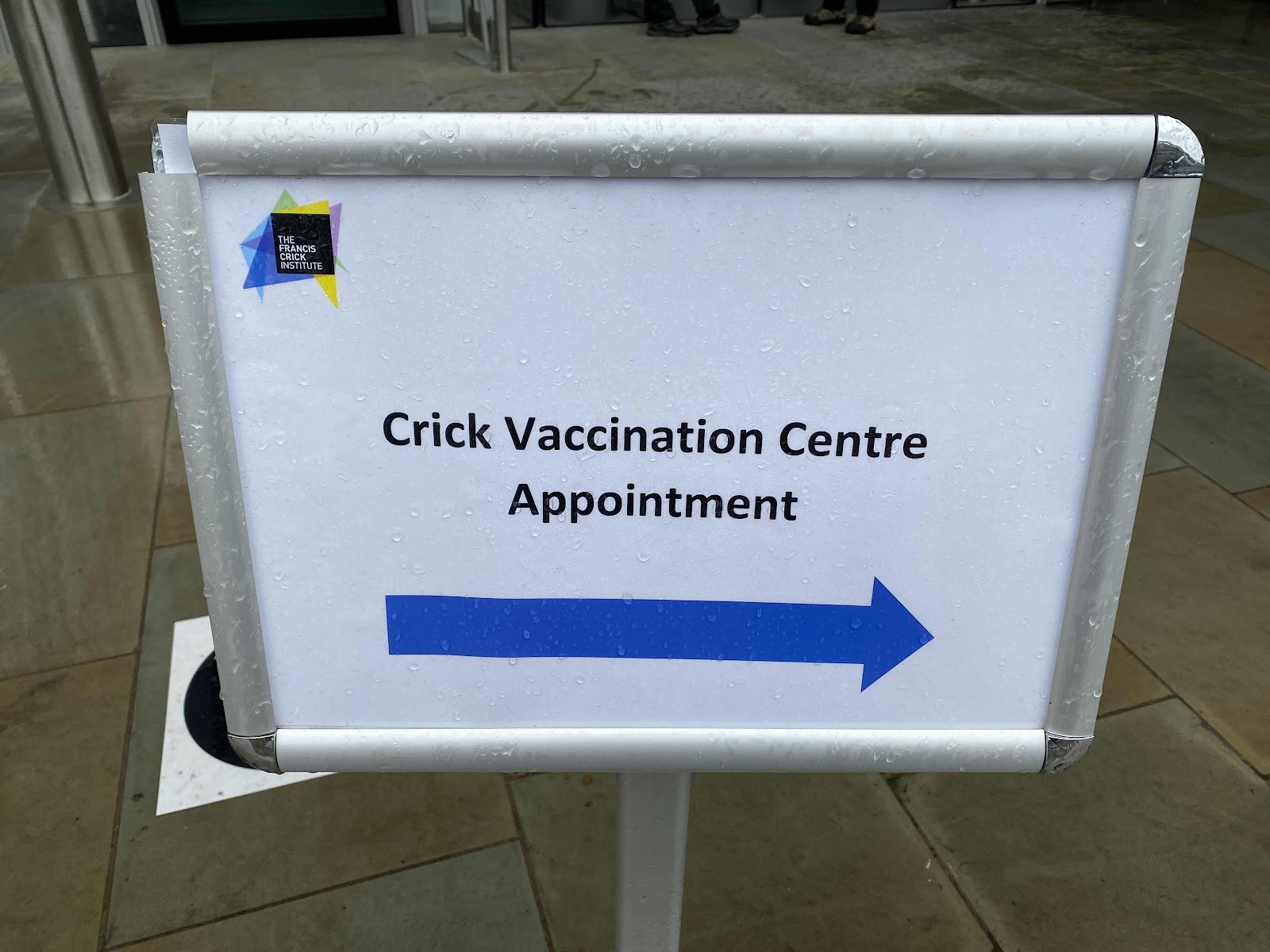 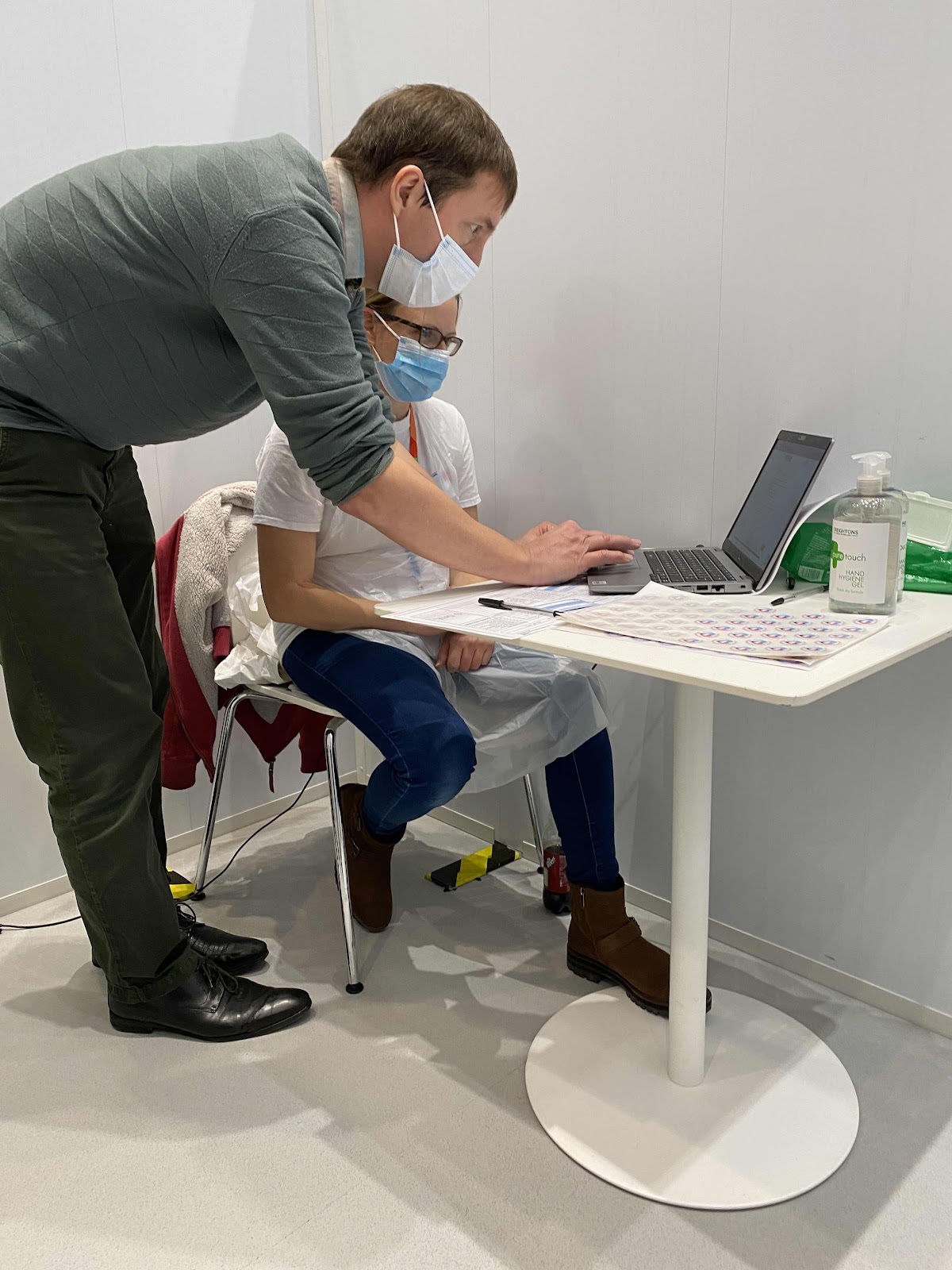 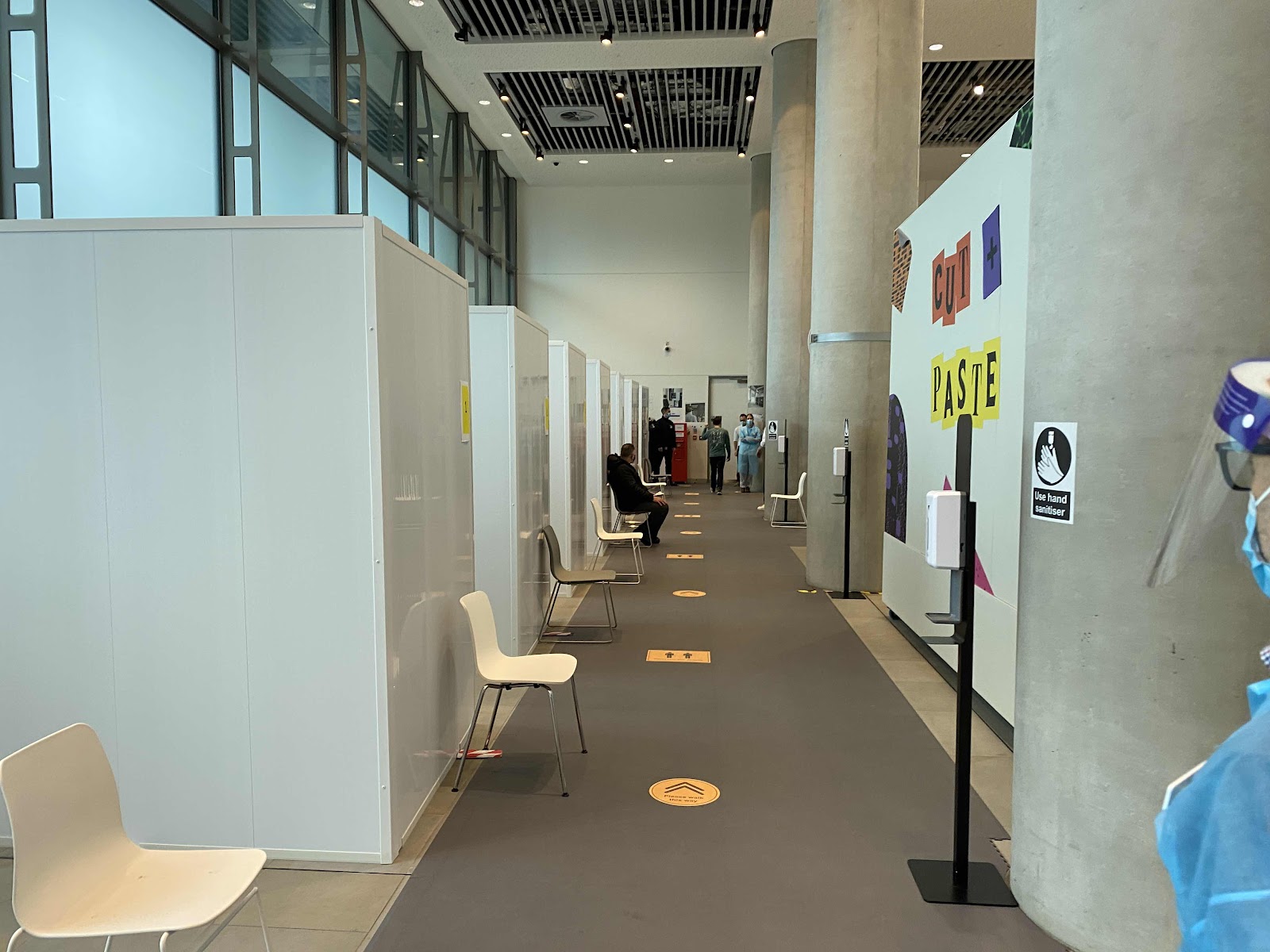 Posted by overyourhead at Thursday, March 11, 2021