I've previously mentioned my love of Tokyo and it's weird serenity, cleanliness and near-clockwork perfection. What I'd not mentioned on the weirdness front however is three other things that many people strongly associate with Tokyo - and Japan in general.
In no particular order: the Japanese near obsession with the futuristic technology, their infantile love of youth culture and all things childlike, and just how many people actually live here.
Or in layman's terms: they love their tech, they act like kids and the place is packed.
Luckily enough we have been able to experience these three weird Tokyo wonders first hand in the past few days.
Firstly we went to the touristic trap Robot Restaurant to be screamed at, dazzled by, and to marvel at a robot show that frankly wouldn't have looked out of place in the mind of a hyperactive, overly aggressive child on an acid trip. It was colourful, earsplittingly loud and a technological triumph. If robots are our future I want no part of It. It was exhausting to watch but a thing of bonkers beauty.
The second weird thing we did was to dress up as children's video game characters and drive around the streets of Tokyo in go-karts like we were in Nintendo's MarkoKart driving game. I was Mario the plumber. Tim was Luigi the plumber brother. Stu was Yoshi the dinosaur. And Andy and Kevin were a turtle and a chipmunk. (You had to be there.) It was probably the most fun I've had with my clothes on for many a year. We sped about Tokyo tooting our horns, reliving the video game and posing for photos at every junction. Almost universally Japanese people smiled at us, waved to us and laughed with us. Young and old alike seemed to be transported in their minds back to their youth when the only thing in life was playing video games. And treated us like rock stars accordingly. The Japanese all love Mario. They perhaps love the memories of their youth even more. He's just a kids' video character but a national hero of Japan. Youth Culture Rocks!
And the final weirdness we experienced was on the streets again but this time on a night time trip to video-game-in-real-life neighbourhood Shibuya. Calling it "crowded" doesn't begin to describe it. Packed to the gills at street level  with swarming youths - yes, youth culture again - the area is road after road filled with illuminated billboards, flashing advertisements (to put Piccadilly Circus to shame) and skyscraper-high buildings overpopulated with bars, restaurants and crazy happy shiny madness on every floor. The place was loud, throbbing and filled with a million people.
When the traffic lights change at the famous Shibuya crossing and the cars vanish it's like a flood of humanity surge to cross the roads from from every direction. It's like a riotous stampede from the four corners of Hell. Joyous and scary. And within 60 countdown seconds the little man turned red, the people are gone and the crossing is empty again. From throng to gone. Free for the cars to venture across once again. It's mad and hypnotic to watch.
So three bits of Japanese wonderful weirdness there; in a show, behind a wheel and on the streets. Robots, Mario and the crowds. Gotta love Tokyo and her wonderful weird ways. 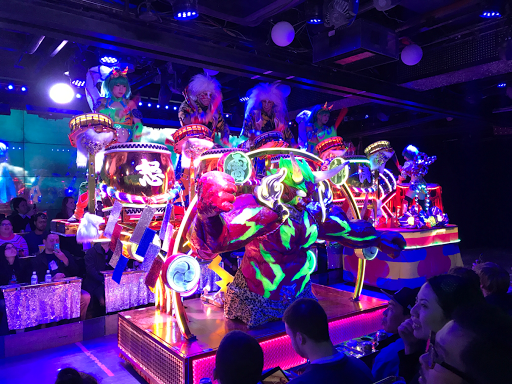 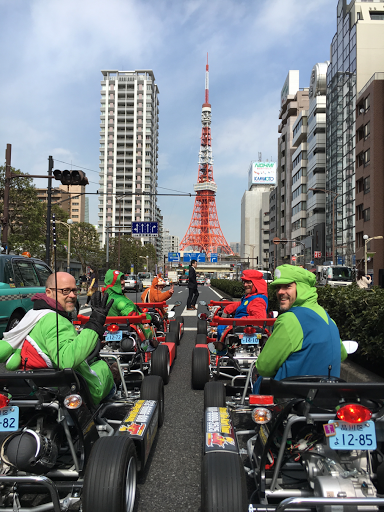 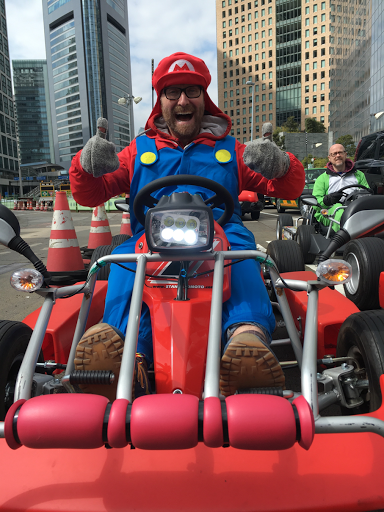 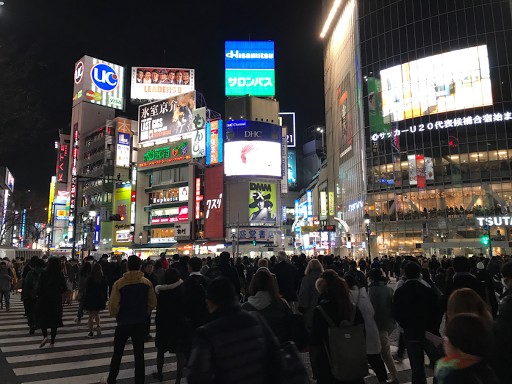