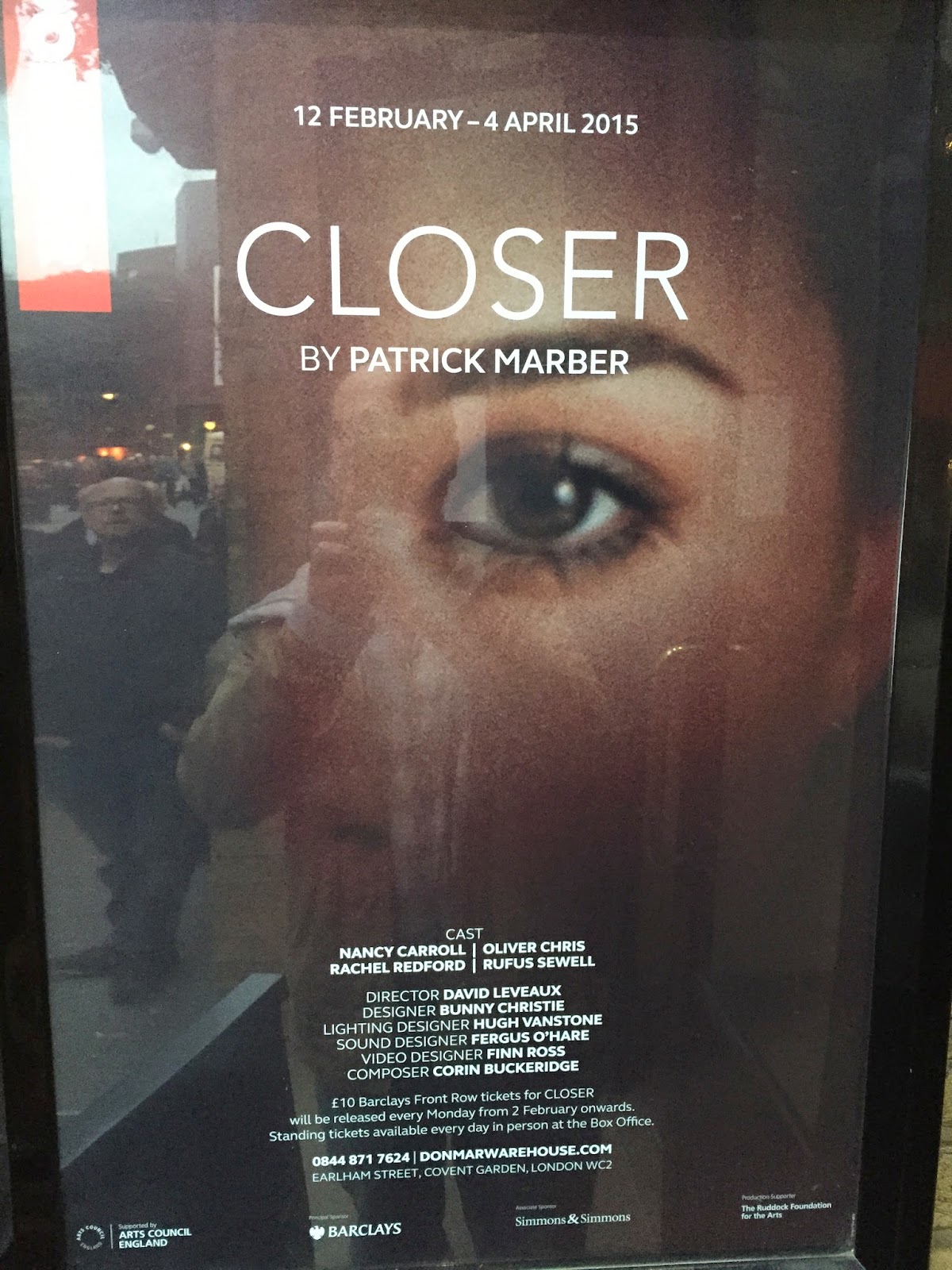 Last night Stuart and I went to see Closer at the Donmar Warehouse in London's glitzy West End.

Marber's play has been described as a work that "gets under its audience's skin, and ... not for the emotionally squeamish". Too bloody right!

The language in Closer is brutal and sexually explicit; fucking this, fucking that, cunting this, cunting that. And the action is no less visceral: kissing, spitting, shouting, fighting, loving, betraying, leaving... This is Greek tragedy, Victorian melodrama and modern relationships all in one.

The central theme of Closer revolves around truth. All the characters have a tense relationship with truth. Those who are passionate about veracity press each other to tell the complete truth, no matter the emotional pain caused by it — and the controlling irony of the situation is that though the truth clarifies, it does not bring together. No one is made "closer" by the truth.

On its premiere in 1997, Closer won Olivier, Evening Standard and New York Drama Critics’ Circle Awards. Since then, the play has been produced in more than 200 cities across the world.

Here David Leveaux's production is strong and follows closely the text of the play by insisting on all settings being "minimal". Though evocative of real happenings, the lack of physical detail in setting is meant to balance the verbal excess.

All the leads are excellent; Nancy Carroll as Anna, Oliver Chris as Dan, Rufus Sewell as Larry and especially Rachel Redford as Alice.

Some of my favourite lines:-

"Have you ever seen a human heart? It looks like a fist wrapped in blood"