My Night With Reg... 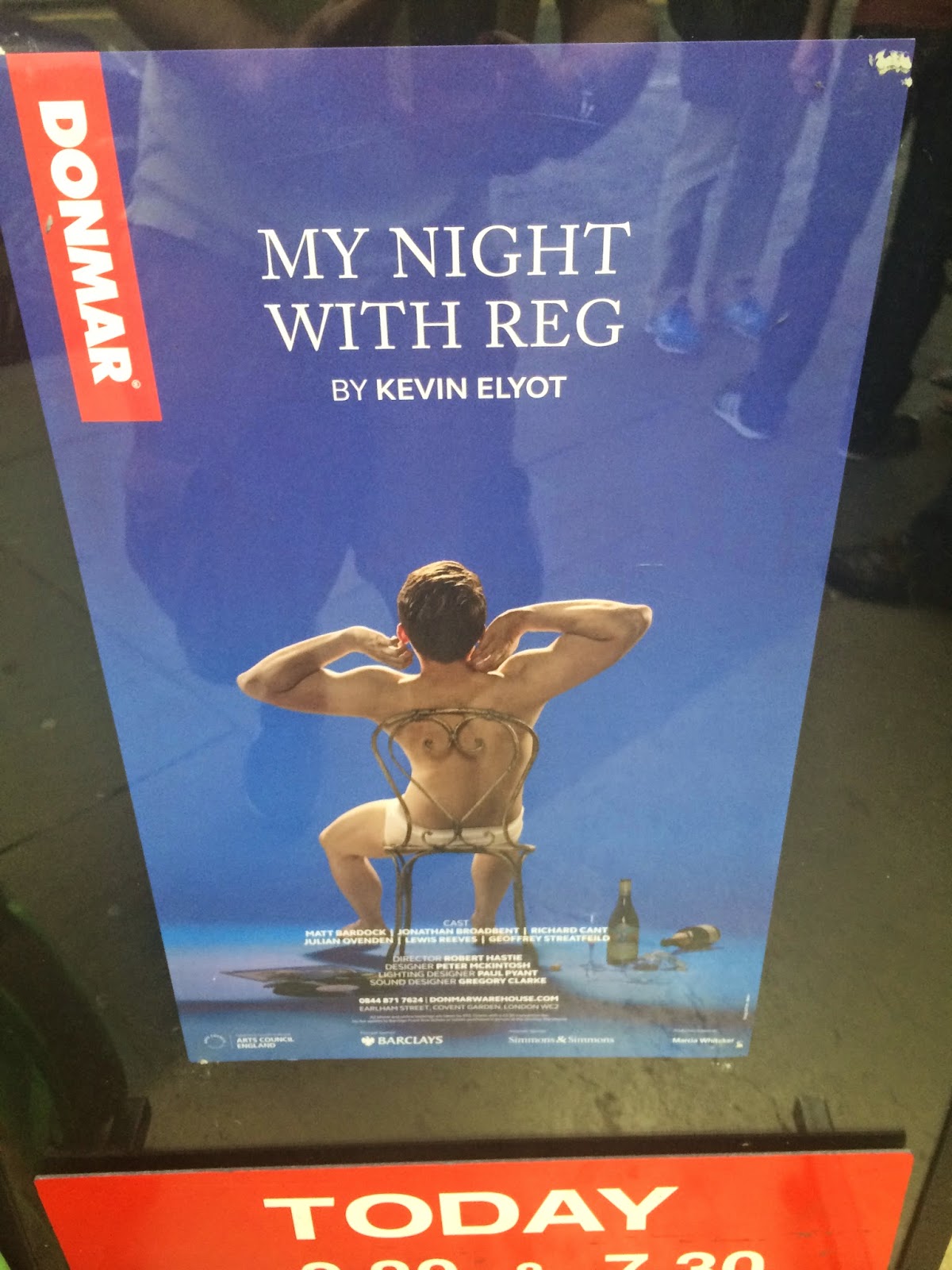 Last night Stuart and I went to see Robert Hastie's revival of My Night With Reg at the Donmar Warehouse in London's glitzy West End.

It was twenty years ago I first saw the late Kevin Elyot's superb tragi-comedy of gay relationships in London when it opened at the Royal Court. And it's as funny, as saucy, as dramatic and as tragic as ever.

The play was a hit back then and is set to be a hit all over again now. Parallels have been drawn - favourably I think - with such great American rants as Harvey Fierstein's Torch Song Trilogy, Larry Kramer's The Normal Heart and Tony Kushner's Angels in America.

Reminding me somewhat of Mart Crowley's The Boys in the Band the play starts at a house party and throughout treats gays as "just like us" - something quite extraordinary at the time. Here we are in the late 1980s however as the AIDS epidemic took hold it and although never mentioned it is the back drop to much of the action.

The play is clever as it jumps in time over four years between the initial house-warming party in north London to two wakes via half a dozen shags. Reg doesn't actually figure at all, except as a sombre spectre of death. The great trick of the play is we, like the characters, are all actually dying to meet him.

There are great one-liners throughout; "He talks a lot during sex. Maybe he likes the sound of his own vice", some full-frontal nudity and it's very funny.

Above all, Reg is a lovely, touching play about old friends and dangerous liaisons. It set the benchmark for gay drama with popular appeal back then, and Hastie's production has done so again. Elyot's play has been brilliantly restored and is rightly celebrated.