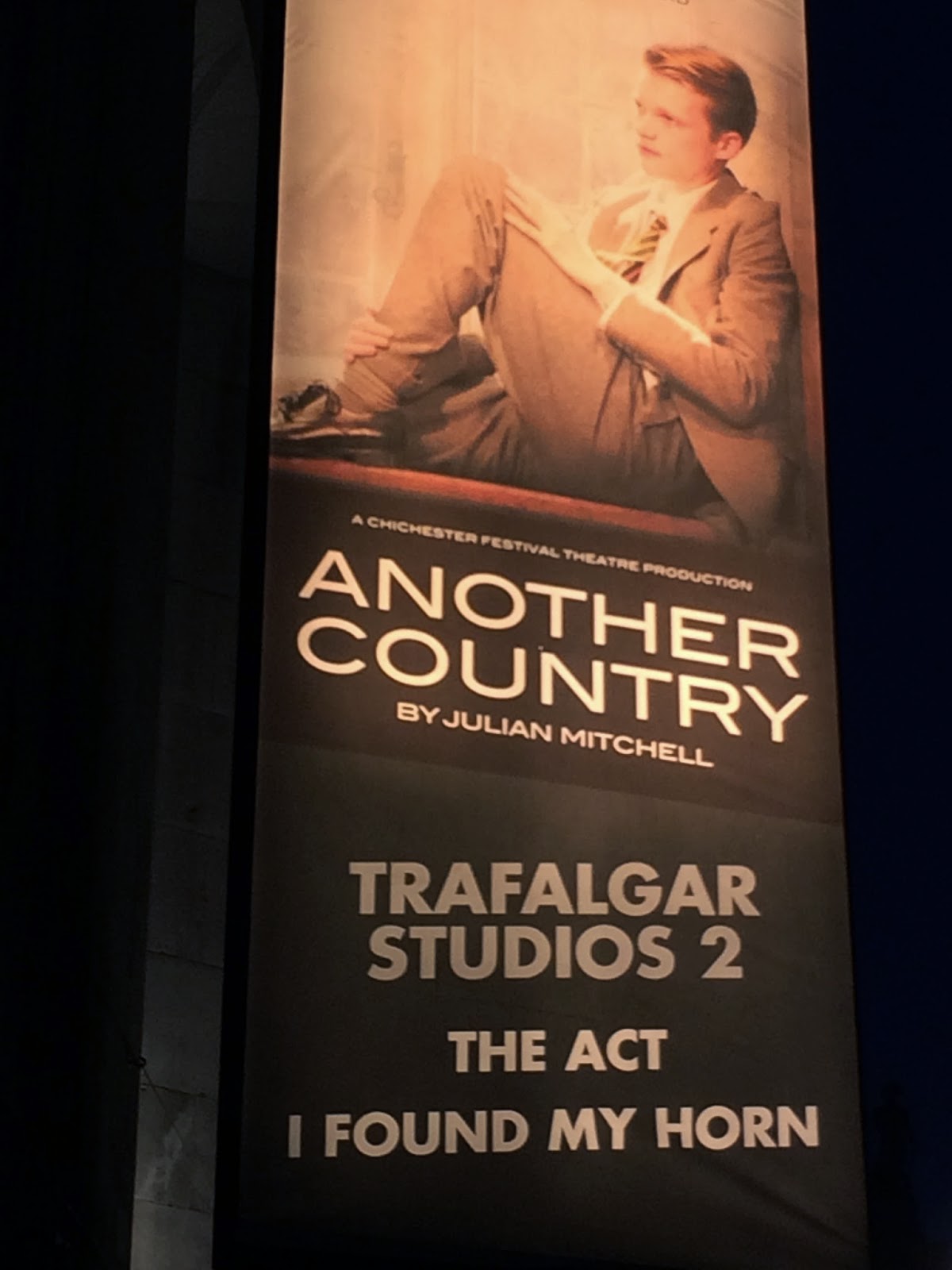 Last week Stuart and I went to see Another Country at the Trafalgar Studios in London's glitzy Westminster.

It was a fresh production of the 1981 classic that back in the day made stars of Rupert Everett, Kenneth Branagh, Daniel Day-Lewis and Colin Firth.

Telling the story of spy Guy Burgess the play is set in the 1930s in an English public school for boys. Guy is openly gay and his friend Judd is a Marxist. Both are outsiders and they rear up against the blatant hypocrisy and snobbery they see around them.

The young and good-looking cast delivered the lines as sharply and as crisply as the day they were written. The scenery was great too - the wooden panelling serving as a powerful metaphor for the claustrophobia both our heroes experience.

It asks a number of questions of the class system too; namely whence comes it's power to force conformity, who runs it's Old Boys' Network that holds the inalienable right to administer career, privilege and position, and why do people caught up in it fear change so greatly.

The answer that Guy finds seems to be 'play the game' but betray it. A conclusion we can perhaps not sympathize with but certainly understand.

Posted by overyourhead at Wednesday, April 02, 2014