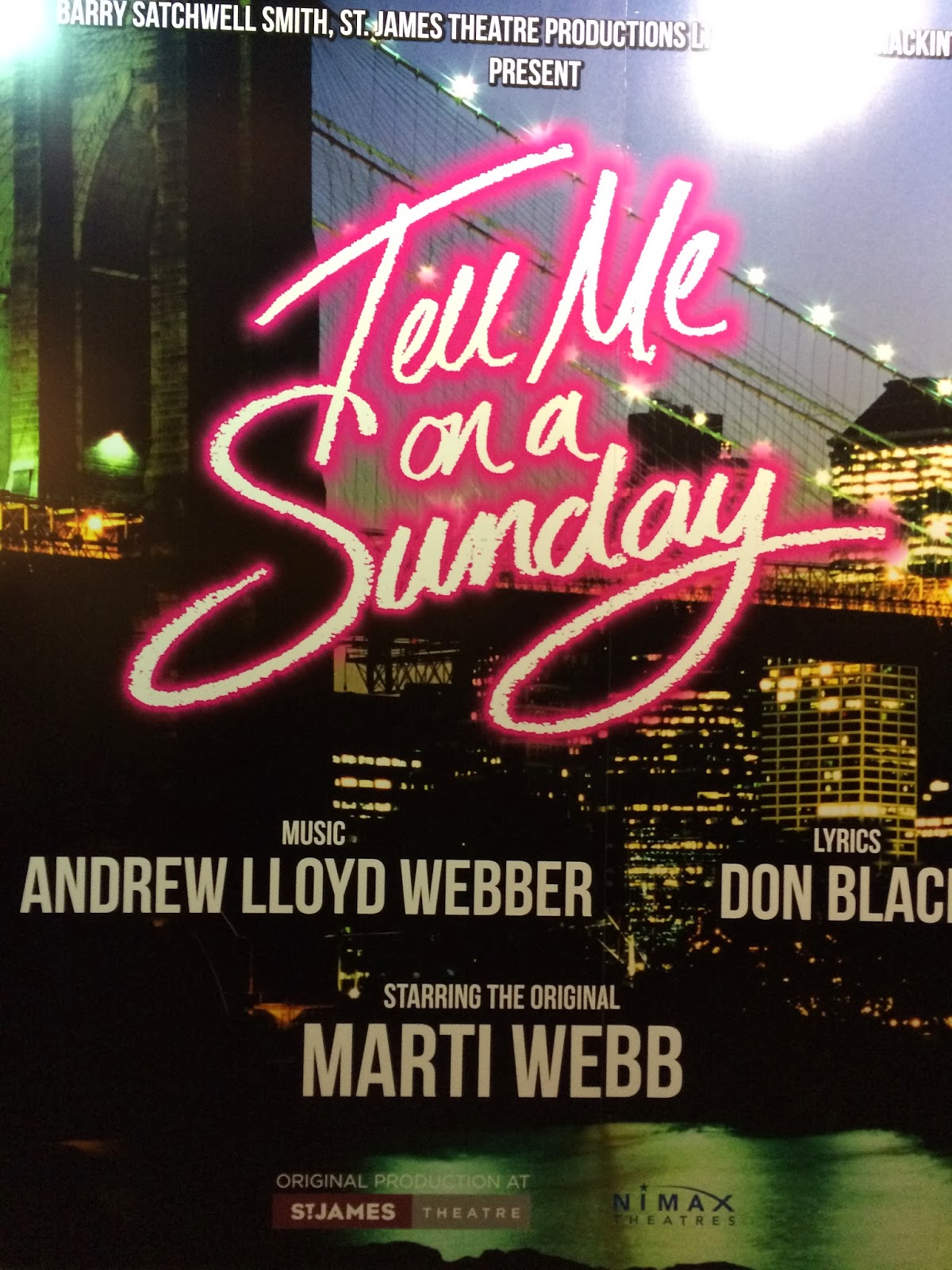 On Friday night Stuart and I went to see Tell Me On A Sunday at the Duchess Theatre in London's glitzy West End Theatreland.

Starring Marti Webb as 'the girl' she took us bath back 35 years to when it all began - to a zoo, that's got chimpanzees...

Tell Me on a Sunday is a musical with music by Andrew Lloyd Webber and lyrics by Don Black. A one-act song cycle, it tells the story of an ordinary English girl from Muswell Hill, who journeys to the United States in search of love. Her romantic misadventures begin in New York City, lead her to Hollywood, and eventually take her back to Manhattan.

Starting the show with the show-stopper Take That Look Off Your Face we knew we were in for a treat. Marti had lost little of her magnificent voice. As she gamboled through the other songs the memories all came flooding back... I'm Very You, You're Very Me... Come Back with the Same Look in Your Eyes... You Made Me Think You Were in Love...

The show is very short though. Forty-five plus encore meant fifty-five minutes after taking our seats we were back out on the street again. In previous revivals they have had a 2nd half of dancing - Song and Dance starring Wayne Sleep. This time round we didn't particularly miss the lack of Sleep.

So all in all it was a  fun, albeit short, night of nostalgia. As Stuart mentioned to me on the way out she's botoxed to buggery. So ironically she won't be taking that look off her face anytime soon!

Posted by overyourhead at Monday, February 24, 2014