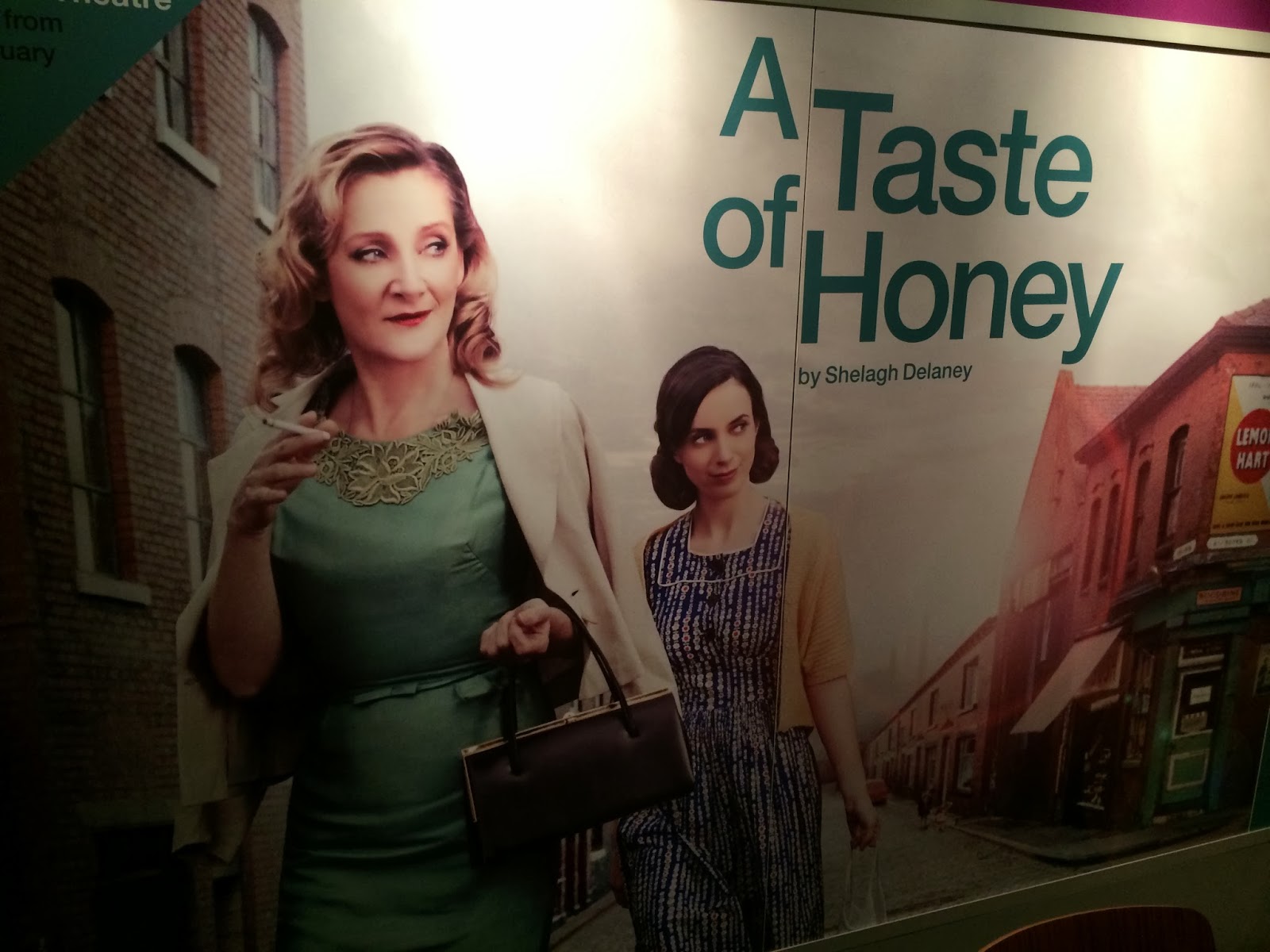 Last night Stuart and I went to see A Taste Of Honey at the Lyttelton Theatre, part of the National Theatre, on London's glitzy South Bank.

Written by Shelagh Delaney when she was nineteen, A Taste of Honey is one of the great defining and taboo-breaking plays of the 1950s.

The production was a delight - coarse, fun and funny.

When her mother Helen (Lesley Sharp) runs off with a car salesman, feisty teenager Jo (Kate O'Flynn) takes up with a black sailor who promises to marry her, before he heads for the seas, leaving her pregnant and alone. Gay art student Geoff moves in and assumes the role of surrogate parent until, misguidedly, he sends for Helen and their unconventional setup unravels.

A Taste of Honey offers an explosive celebration of the vulnerabilities and strengths of the female spirit in a deprived and restless world. Bursting with energy and daring, this exhilarating and angry depiction of harsh, working-class life in post-war Salford is shot through with love and humour, and infused with jazz.

"We don’t ask for life, we have it thrust upon us."

Posted by overyourhead at Friday, February 21, 2014