Last week Stuart and I went to see The Pet Shop Boys at The O2. And what a dazzling disco of a show it was.

Ostensibly to promote their new album we were treated to an amazing weave of new songs from last year's low-key Elysium, pumped up techno versions of PSB classics along with songs from the forthcoming dancefloor-dedicated Electric.

The brilliant light show criss-crossed green lasers, illuminated the huge orange flutter bombs and clevery made the shaggy skulled Minotaurs seem to almost float across the stage. We were basically in an enormous, ecstatic rave.

Other highlights were Love Etc where the boys were in adjacent upright beds as writhing dancers' bodies were projected on to the sheets beneath their heads. And rapper Example showed up to sing on joyous new song Thursday which went down a storm.

We'd been whipped into a frenzy when we were asked to crank it up a notch further... Neil bellowed out "OK London, let's do it" as It's A Sin thundered out around the venue and we hurtled towards the finale dancing like loons.

What an ending! What a show! Can't wait to see them a again. 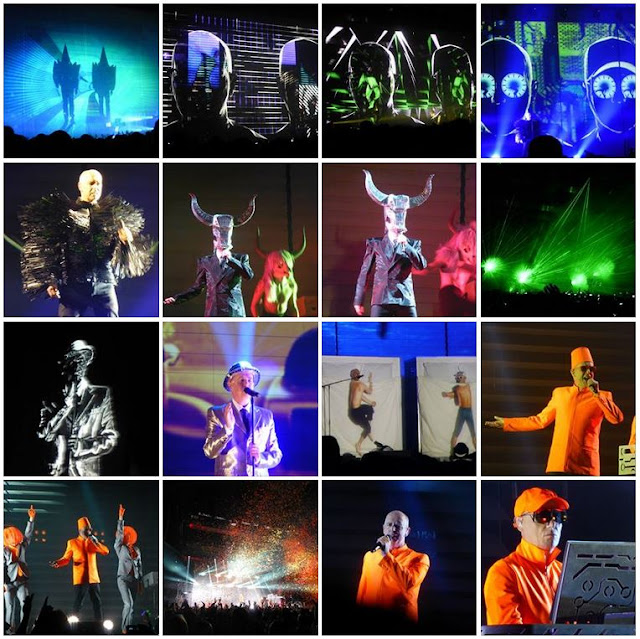 Posted by overyourhead at Wednesday, June 26, 2013