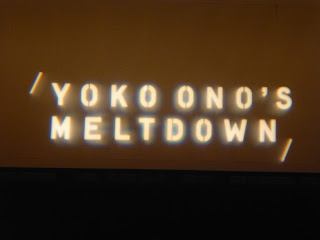 Resplendent in a white rubber dress, which for the encore was reduced to a plain white rubber catsuit, Siouxsie thrusted, twirled and gyrated for our pleasure.

Performing all of the album Kaleidoscope from start to finish we were then treated a selection of her back catalog. Some of the hits but not all. We had Israel and Kiss Them For Me but sadly no Spellbound, Peek-a-boo, or Hong Kong Garden though.

Last time I saw Siouxsie Sioux perform, apart from the odd open air festival or two, was at the same venue in 2004. Here is my review from back then and it pretty much held true for last Saturday night too. 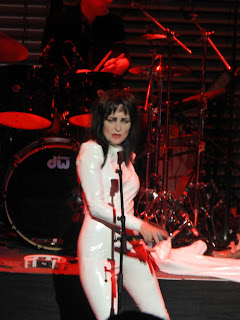 I wanna Ice Queen...
Saturday night. Royal Festival Hall. Siouxsie Sioux. Surrounded by a devoted crowd of aging skins, punks & Goths worshipping at the church of Sioux. All in black. 'Natch. Our tickets said 7:30pm. Ms Sioux arrived on stage a little after 8:20pm. At least she turned up at all! She was suitably attired in flowing silk robes with what looked likes a cockerel on her head. Like Elvira in pantaloons. The High Priestess of Punk. She did look good on it though. The diva had arrived. The show had begun. Siouxsie was in great voice. The sound was excellent too - she obviously was running a tight ship. We were treated to hits galore (who knew she had so many?). And it was all gratefully, not to say enthusiastically, received. Her fusion of jungle rhythms, Japanese drumming and eastern influenced music worked surprisingly well live - especially with a full backing orchestra. It was all quite infectious. Soon we were all up dancing. It was a great first half. Sadly the 15 minute interval actually turned out to be the 40 minute interval. Waiting again. The second half was far more sensual than the first. The Ice Queen had melted. Pulsating drums drove the erotic thrust of the set list as each song had Siouxsie bumping, grinding and gyrating for the audience. She obviously has a sexual relationship with her fans while on stage. Never more so than when seductively singing Disney's Trust In Me. The climax of the show, Second Floor, had the crowd going wild for encores. We all left happy little bunnies. Happy House, Spellbound, Cities In Dust, Peek-a-boo, Dear Prudence, Kiss The Girl, Christine - we got them all. If I wasn't a Siouxsie fan at the start I certainly was by the end. Someone should buy her a wrist watch though. 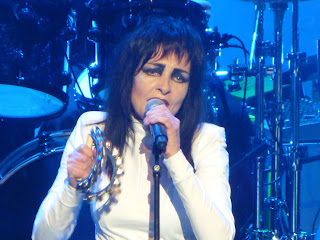 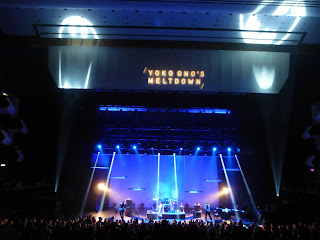 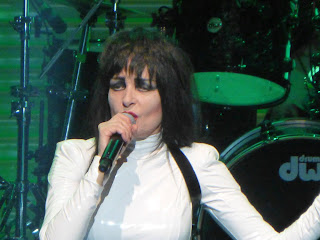 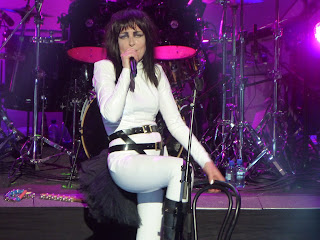 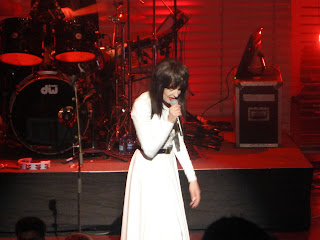