Canal and River by Boris Bikes...

On Saturday Bobby and I hired a couple of Boris Bikes and took a cycle ride along the canal tow-path  We stopped after a short while for a cheeky pint at a pub in Broadway Market - the fact the first leg took less than 30 mins meant it was free usage.

Refreshed we headed off again to Limehouse Basin and then joined the north bank of the River Thames cycling all the way down past Canary Wharf to a bike stop just across the river from Greenwich. There we dismounted - it took us 45 mins for this second run so we only had £1 to pay. Then we walked the sub-river footpath into Greenwich proper for a final well deserved pint at the Gypsy Moth pub. 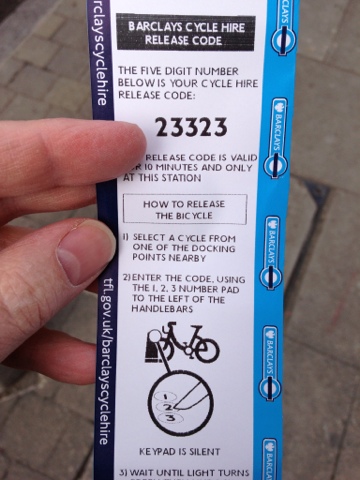 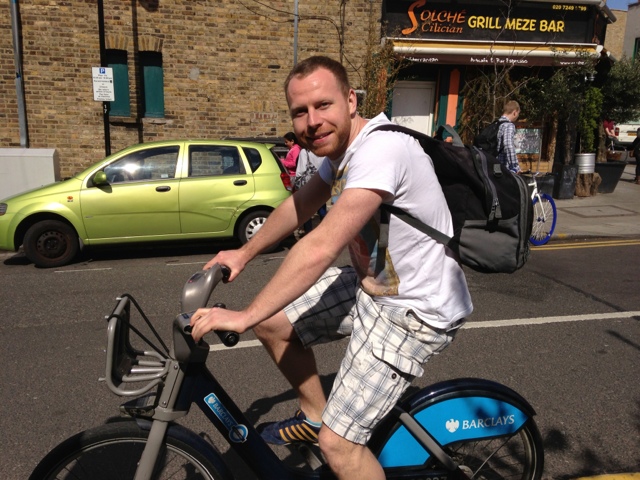 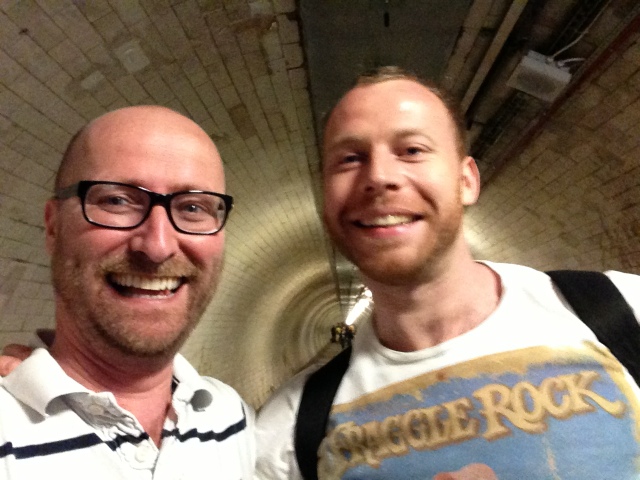