Last night Stu and I went to see the rather fabulous new musical Betty Blue Eyes at the Novello Theatre in London's glitzy West End.

Starring Sarah Lancashire and Reece Shearsmith the story is based upon Alan Bennett's sharply observed comic film A Private Function.

"Belts are being tightened and the country’s long-suffering citizens are being told by the government that there will be fair shares for all in return for surviving Austerity Britain. Meanwhile local officials feather their own nests by taking far more than their own fair share. It is of course 1947, and having won the war Britain seems to have lost the peace, and the country is staggering under the burden of acute rationing, unemployment and the coldest winter for decades. The only bright spark on the horizon is the impending marriage of Princess Elizabeth and Prince Philip."

The notable songs of the night were Betty Blue Eyes, Magic Fingers, Painting By Heart, Dance at the Primrose Ballroom, The Kind of Man I Am, Another Little Victory and Sarah Lancashire's stomping Nobody.

The songs were great, the acting wonderful and comic timing spot on. May it run and run. 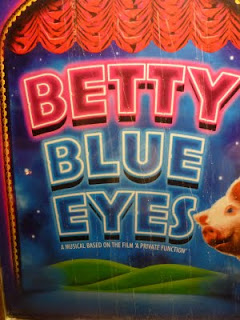 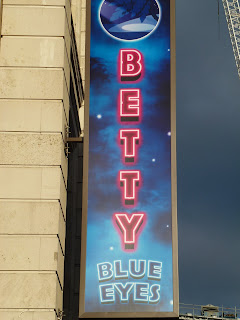 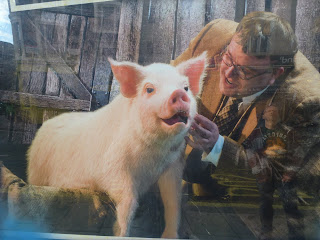 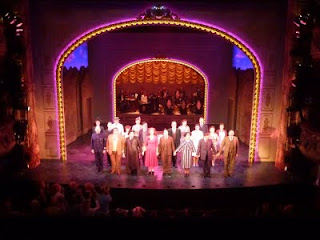