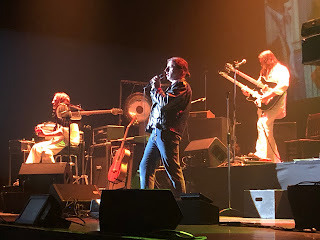 The Musical Box formed in Montreal, Quebec in 1993 and they recreate exactly performances by the English rock band Genesis during the 1970s. They sure know their stuff; their history; the visuals were spot on and the music note perfect.

The band take a lot of time and effort on staging Genesis shows as accurately as possible, including lights, costume, and recreating Gabriel's on stage persona and dialogue. 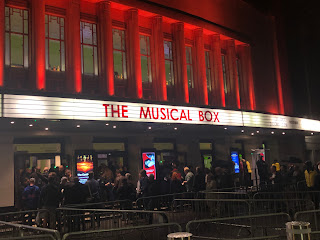 The show we saw was an all-out performance of live visual signature stunts, a museum-worthy array of vintage instruments and a dizzying pace of iconic tracks and stage rarities. Their unique perspective comes from not only their skill as performers but as the only band ever licensed and supported by Genesis and Peter Gabriel.

The show was in three acts. Act 1 — The Wind’s Tail (A Trick of the Tail and Wind & Wuthering), Act 2 — Broadway Melodies (The Lamb Lies Down On Broadway), and Act 3 — Before The Ordeal (Trespass, Nursery Cryme, Foxtrot, Selling England By The Pound).

We loved it; singing along and tapping our feet - as did most of the packed auditorium. It was loud though. So I was given a pair of ear plugs by a kindly steward.

As a special treat, the red dress and fox head made an appearance too. 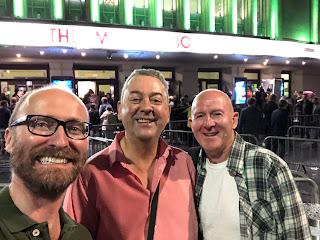 Act 1 — The Wind’s Tail
Unquiet Slumbers for the Sleepers... (Introduction)
...In That Quiet Earth
Instrumental Medley: Extracts from: Robbery Assault and Battery/ All in a Mouse's Night / Mad Man Moon / Entangled / One for the Vine
Blood on the Rooftops
Los Endos 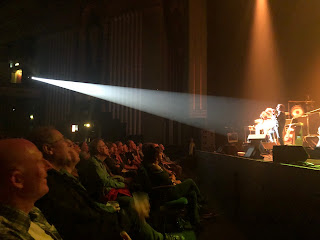 Back in N.Y.C.
Hairless Heart
Counting Out Time
The Carpet Crawlers 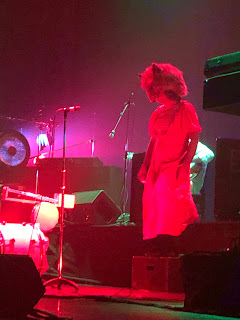 Encore:
Dance on a Volcano
The Musical Box 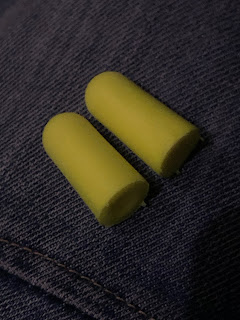 Posted by overyourhead at Monday, October 15, 2018