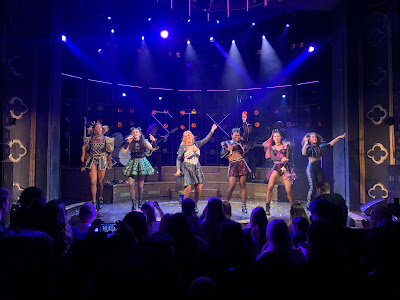 On Sunday night Andy, Kev, Stuart I went to see Six at the Arts Theatre in London's glitzy West End. 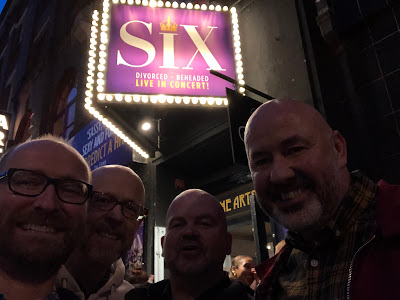 Stu and I had been to see the show before and were really looking forward to it - and hoping the boys would enjoy it too. Which they seemed to. 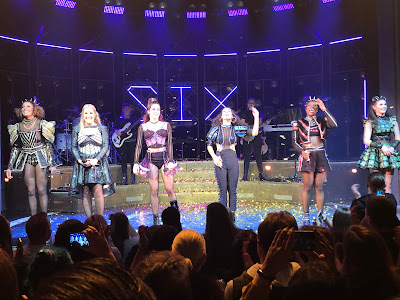 The songs are great. The show very funny. And the women all top notch. The show's run has been extended and starts again in the New Year for a further four months. We might go again!

I know one shouldn't say this, but.... Anne of Cleves is our favourite!

Posted by overyourhead at Wednesday, October 10, 2018