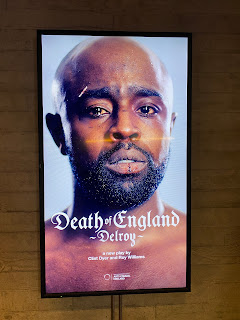 Last Saturday night Stuart and I ventured back to the National Theatre on London's glitzy South Bank - for the first time in goodness knows how long - to see punkish state-of-the-nation address Death of England: Delroy.

Death of England: Delroy is a new one-person play by Clint Dyer and Roy Williams written as a response to their own acclaimed monologue Death of England (that starred Rafe Spall) we saw earlier in the year.

Death of England: Delroy is equally fearless - exploding identity, race and class in Britain. Set in London, 2020. His white-British partner needs him. Urgently. But Delroy gets arrested on his way to the hospital.

Filled with anger and grief, he recalls the moments and relationships that gave him hope before his life was irrevocably changed.

Michael Balogun plays Delroy with power and passion as he explores how a Black working class man searches for truth and confronts his relationship with Great Britain.

The whole piece is utterly gripping. But it brought me to tears when Delroy recalled his white-British best friend's words (first uttered in the previous play):

Angry, cruel, funny, moving, meta - it is a solo tour-de-force. Truly a play for today. 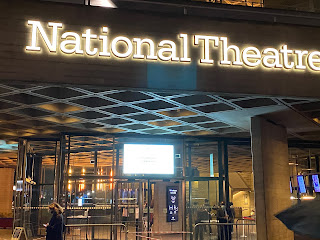 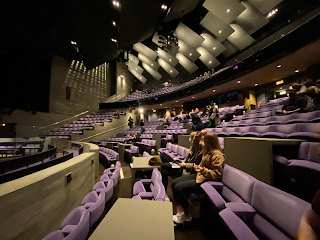 Posted by overyourhead at Thursday, October 29, 2020