We bumped and bounced around on our clapped out old sleeper-car bunkbeds as clapped out over-night train number 13 from Bangkok swayed and lurched its way north through the moonless gloom. As dawn broke our poor train finally clattered its way into Chang Mai station and came to a juddering halt. Platform 2 seemed to be where it was to gasp its last breath. Poor train number 13. Unlucky number 13.
We emerged bleary-eyed from our carriage due to lack of sleep and perched ourselves at the cafe in the concourse of the quaintly charming station waiting for both our coffee and our taxi to arrive. The coffee was instant. The taxi less so. We’d just downloaded Grab - the Uber replacement app and had heard good things. Still. no taxi. Were we to be disappointed once again? Actually, no. We were at fault not the Grab driver. Grab drivers are banned from driving right to the station - something we should have noticed from the clear instructions from our driver. Ever since Uber was kicked out of Thailand last year other eTaxi services have faced various restrictions on where they can operate. Still, we soon found our man and a short ride later we were at our hotel. The Akyra Manor. Nice. Modern. With a great view, a big tub, a big comfy double bed, and an infinity pool on the roof.
Rather than settling in though, we decided to head straight out to explore. The Old Town was near-by complete with moat, ancient wall, and temples aplenty. We got delightfully lost in the chaotic streets.
Our wander over, we walked back toward our hotel. En route we dived into a local place for some food, before continuing back to the hotel and diving into the infinity pool. Oh, and took full advantage of the mid-afternoon happy hour (random!)
Just before sunset we headed back into the Old Town again to check out more temples by twilight then by floodlight. We took in the night market too, grabbed some street food (green Thai curry chicken) and then found a bar on the banks of the River Ping to nurse a beer and people watch.
We took one of the big, red, open-backed red taxis back home. Quite an experience.
Pizza and then early night. Big(ger) day tomorrow. 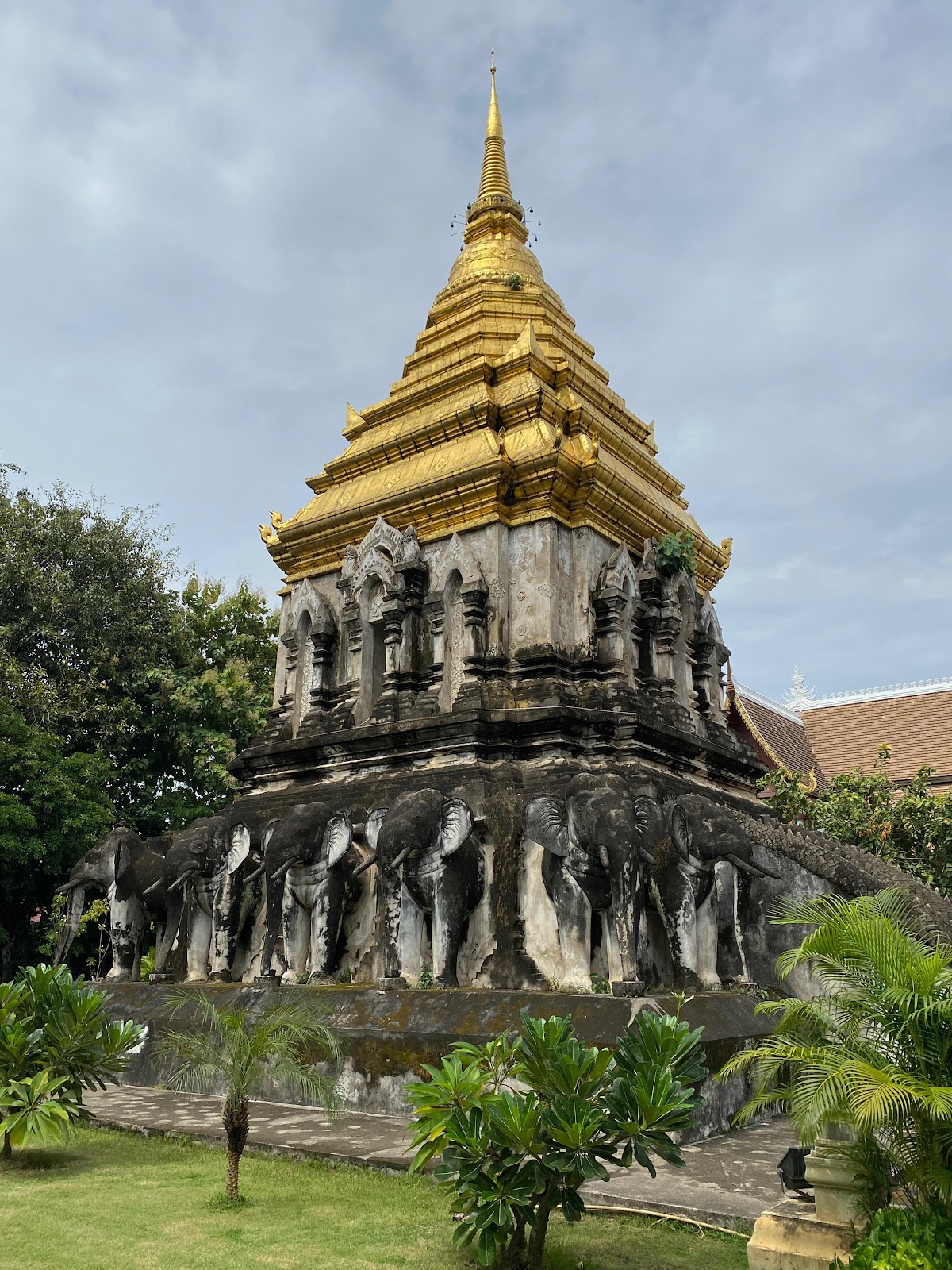 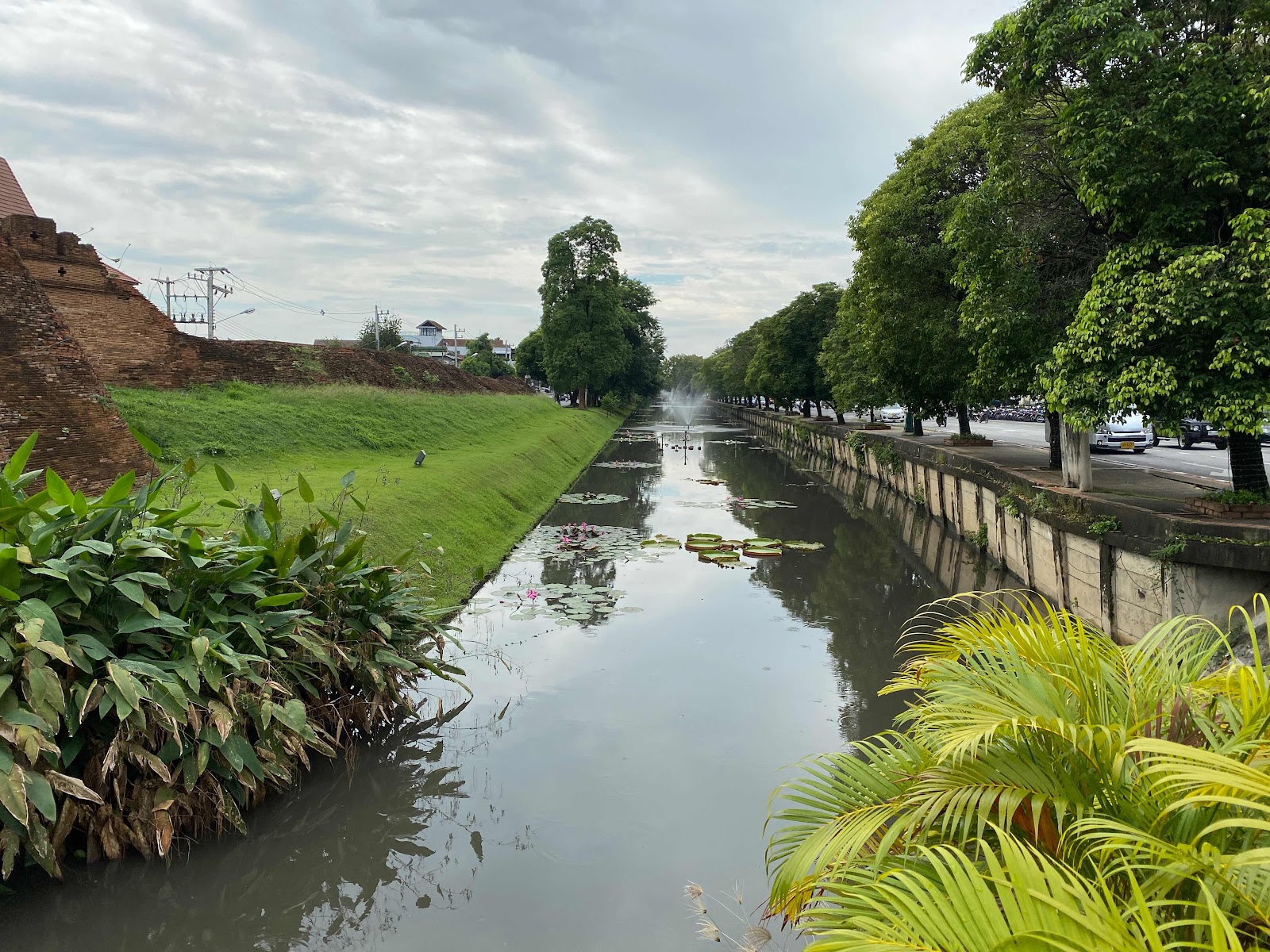 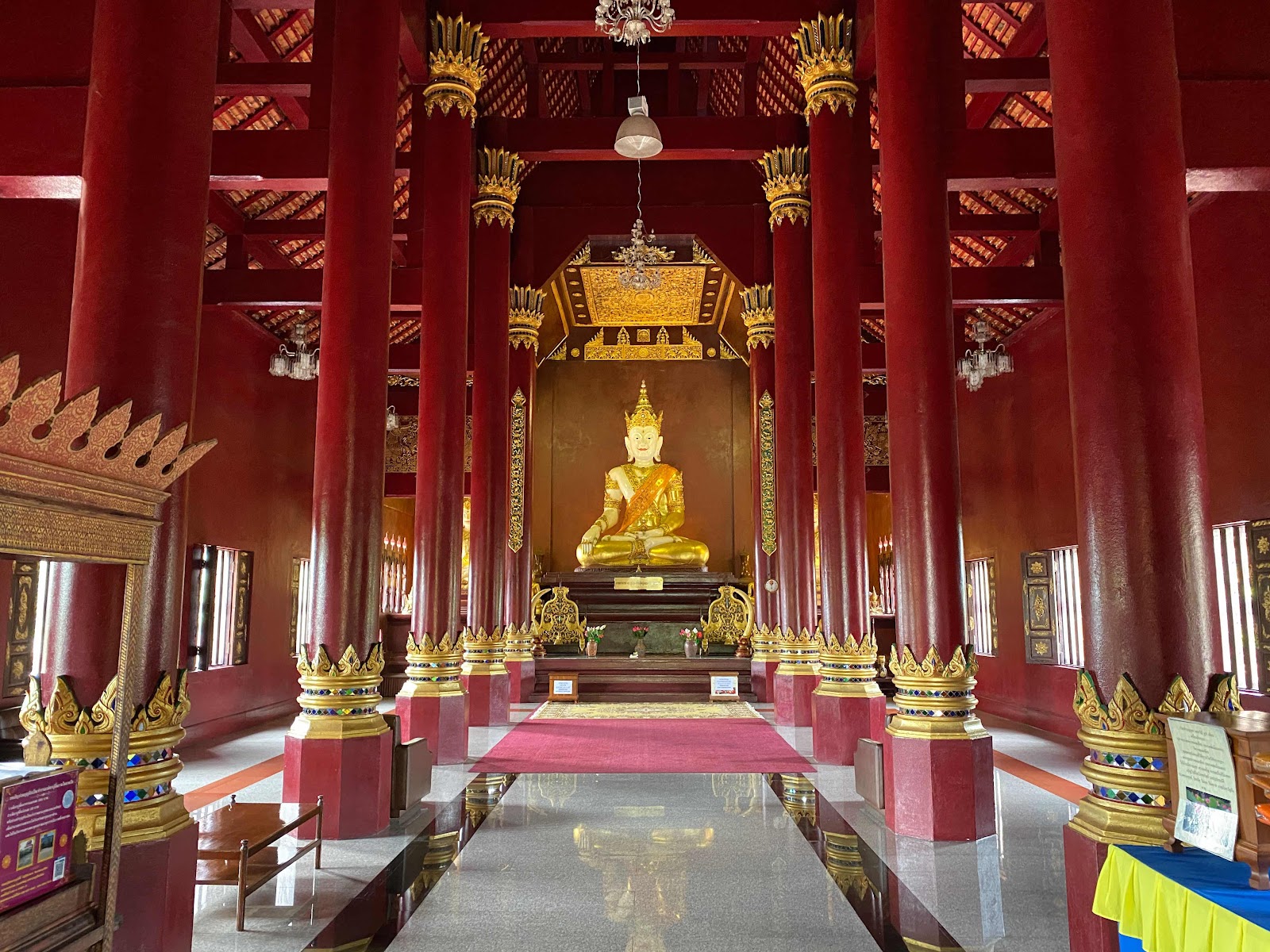 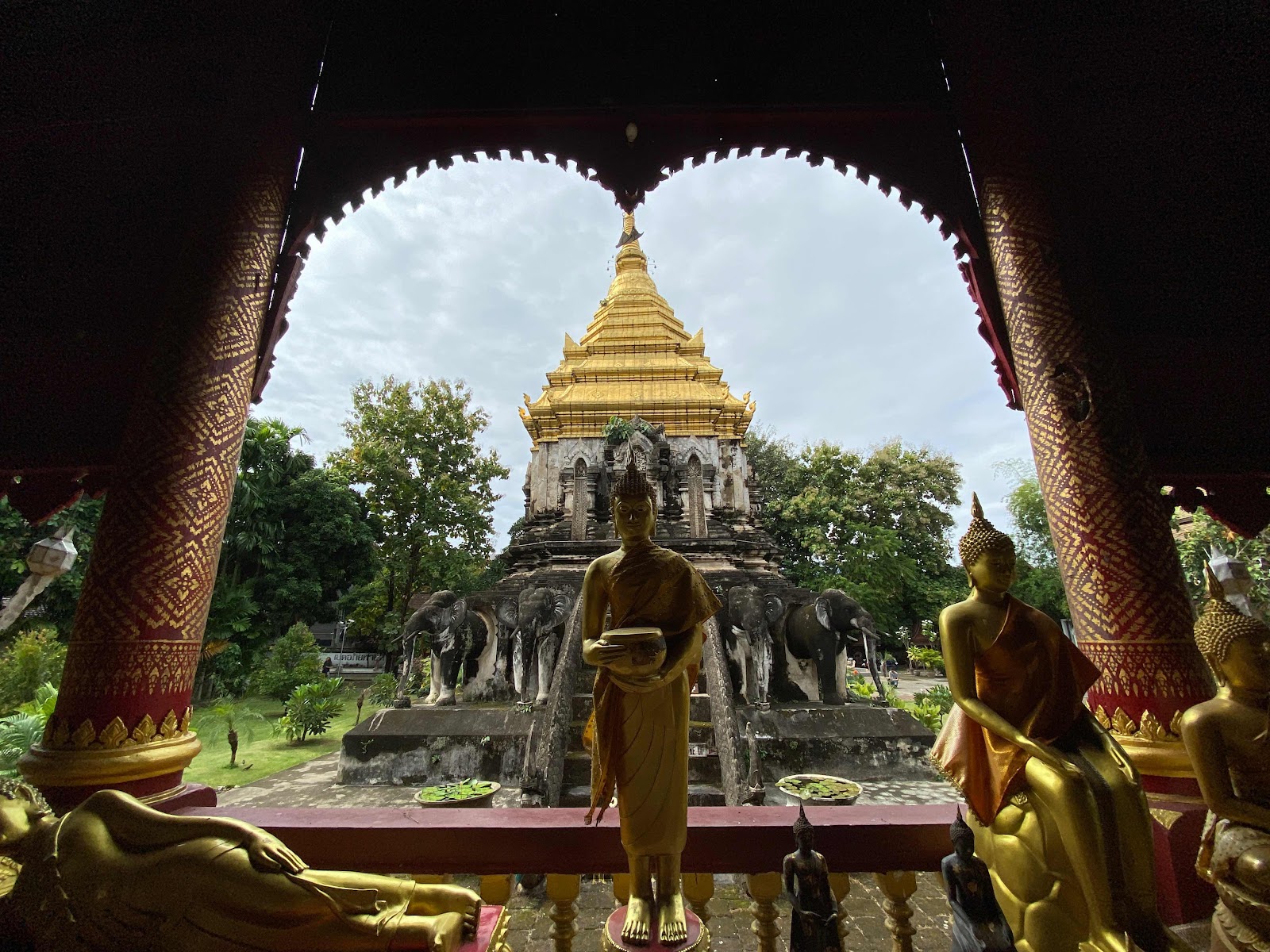 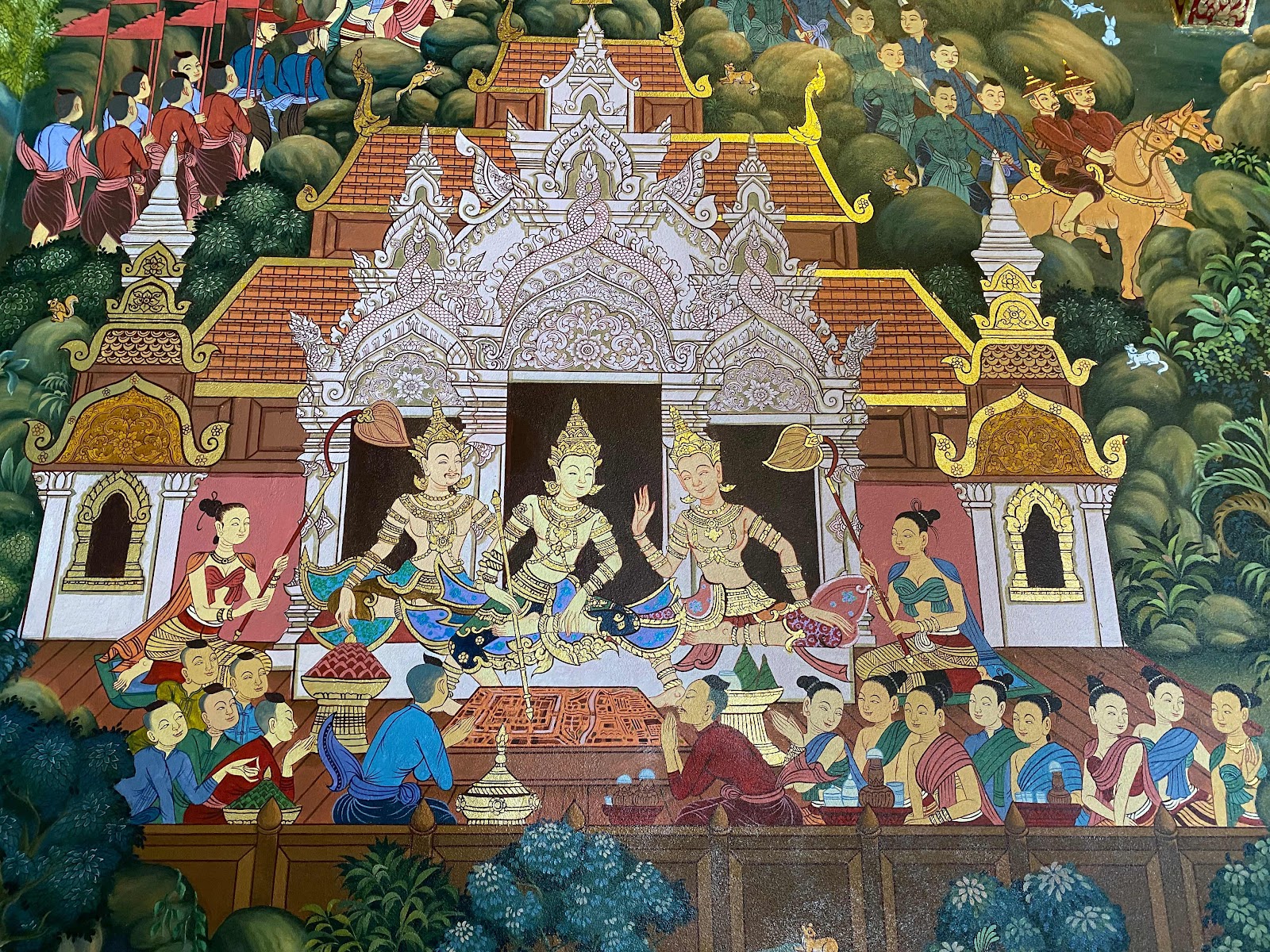 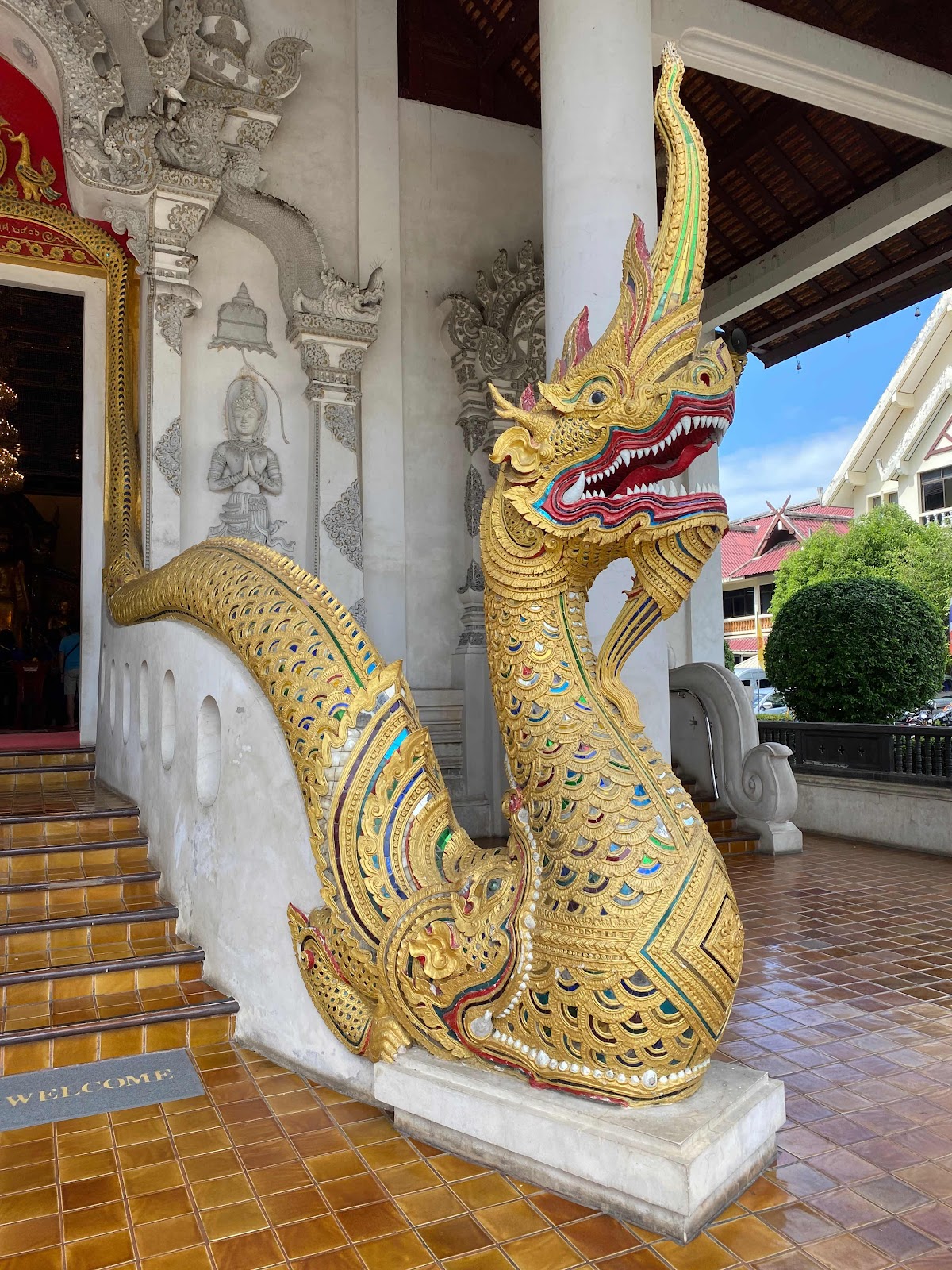 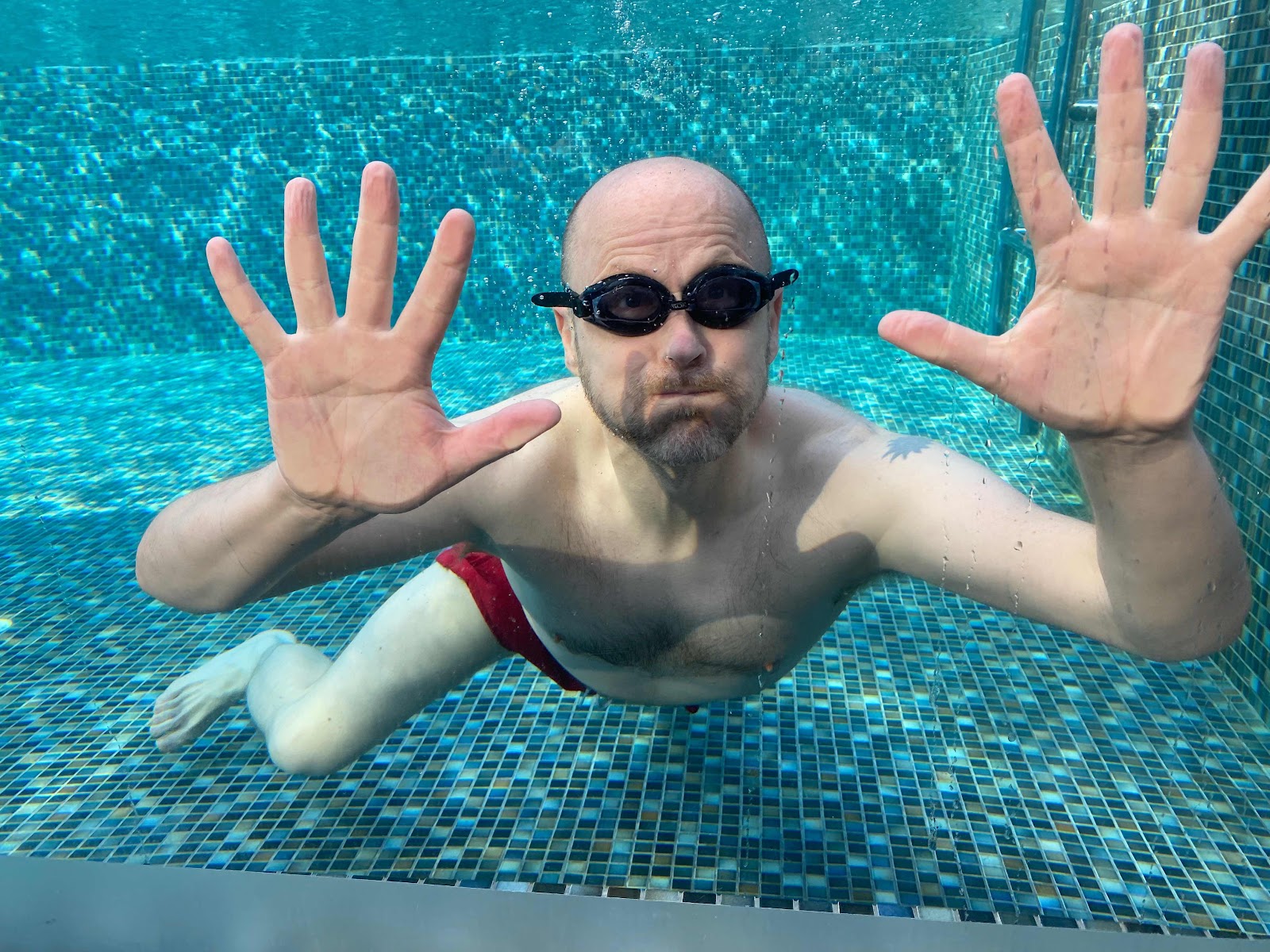 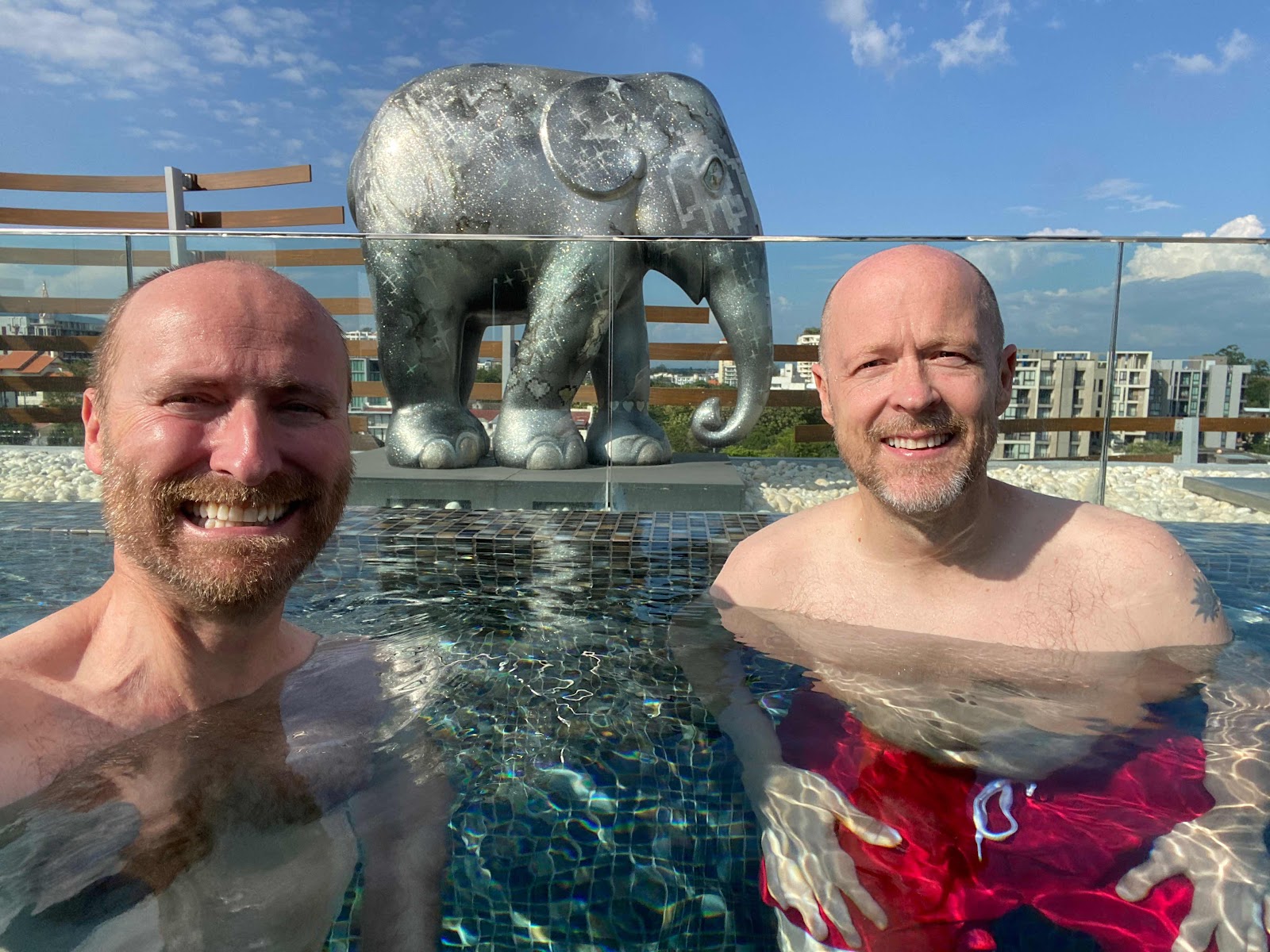 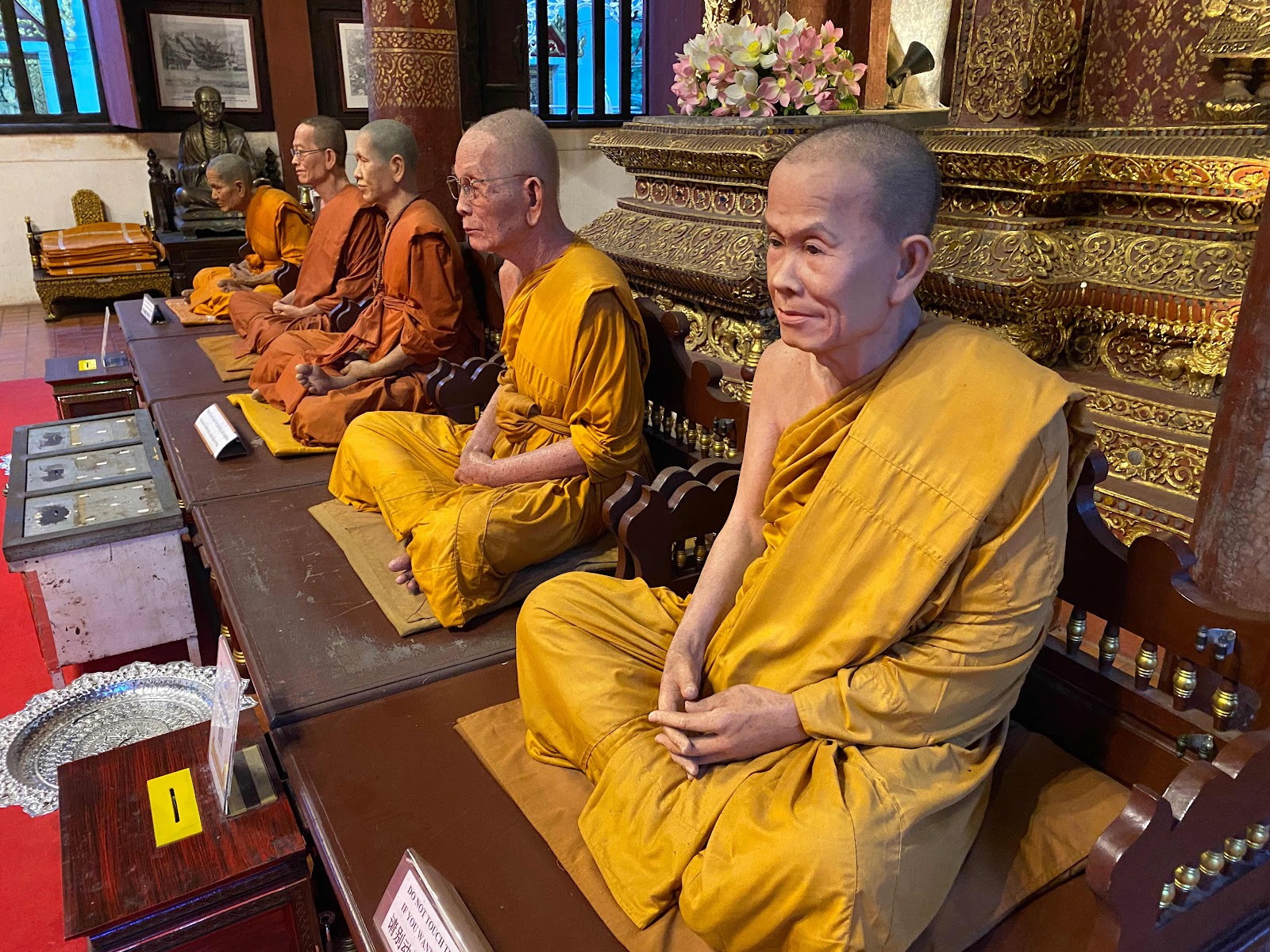 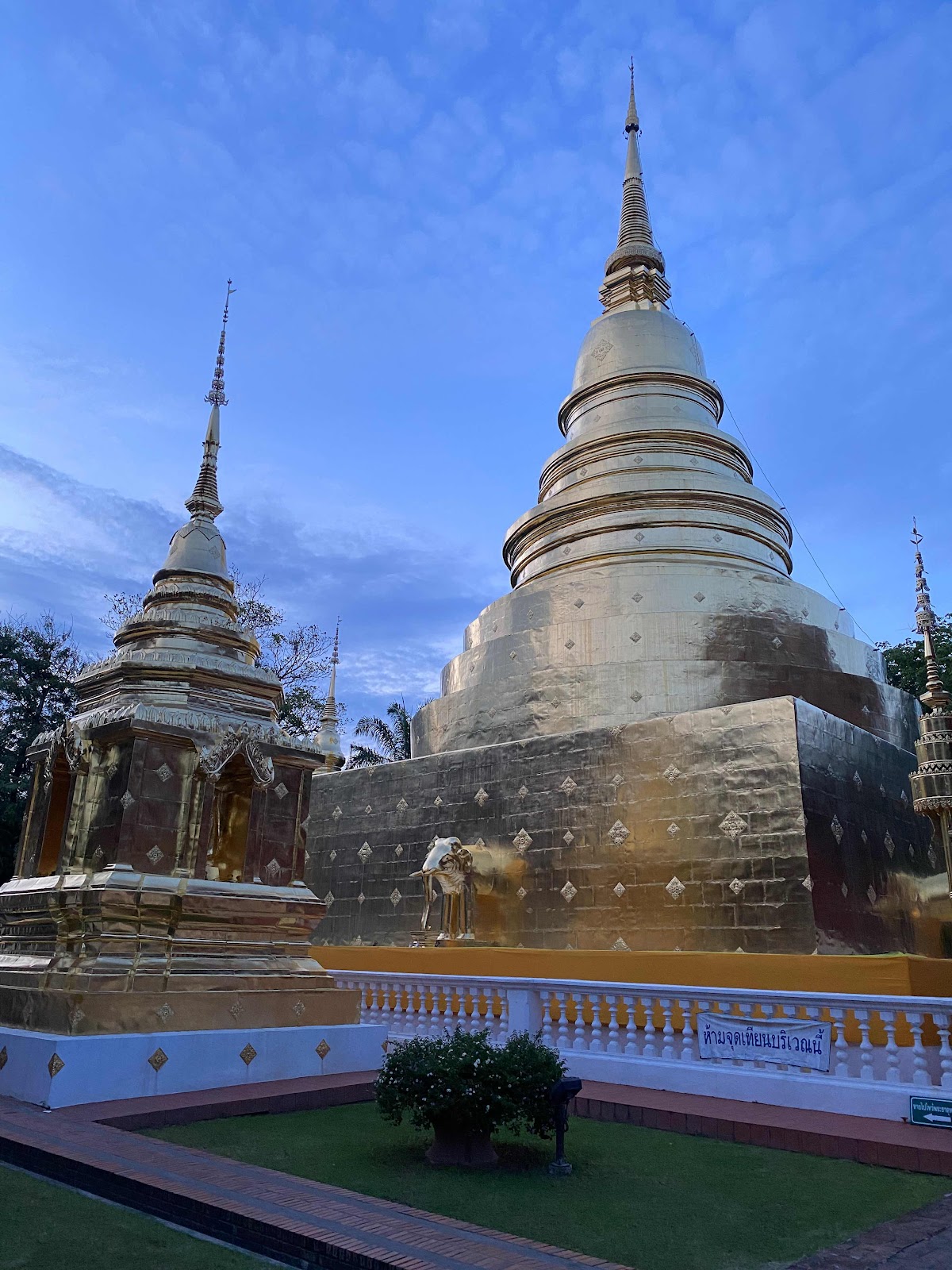 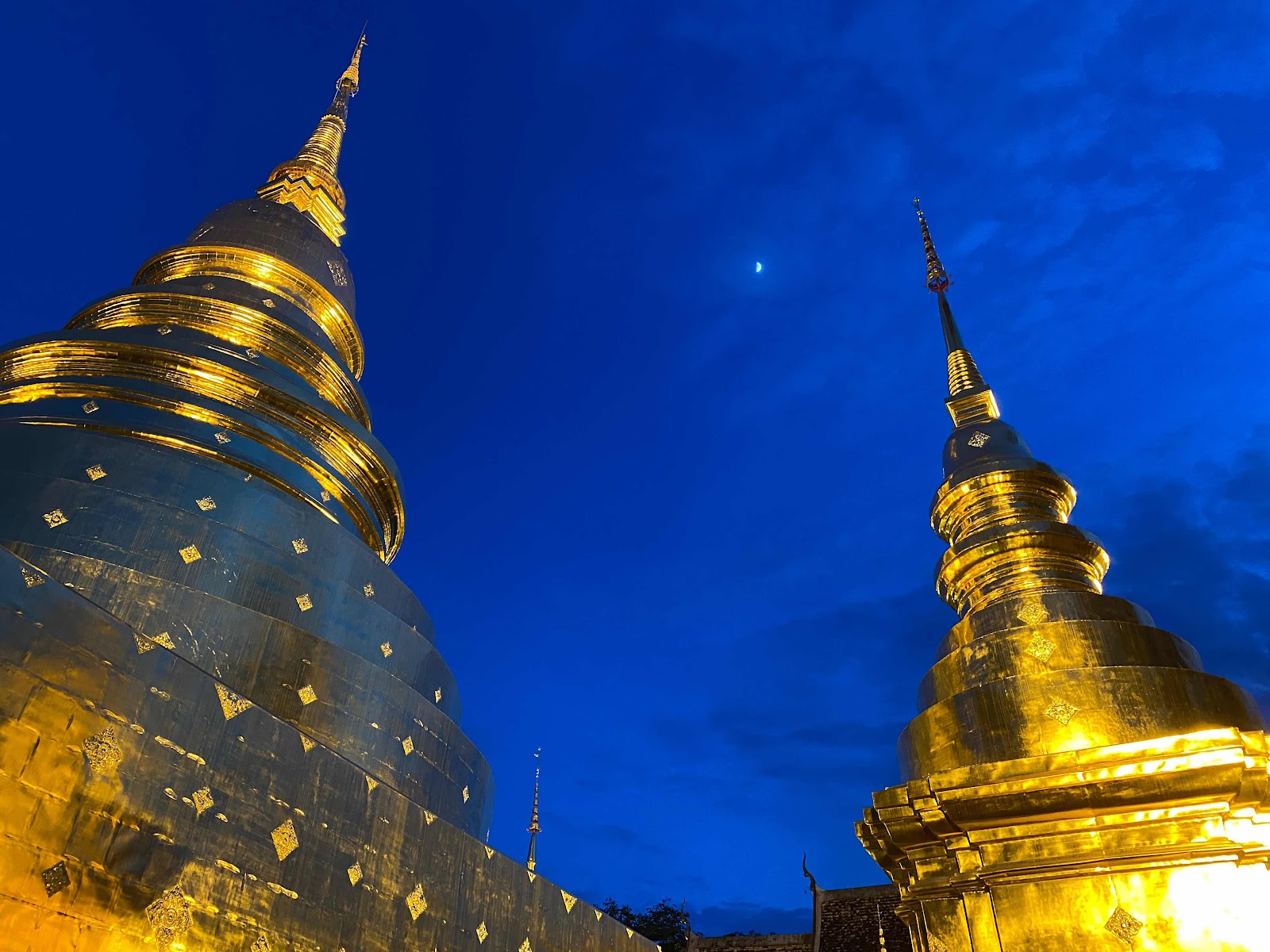 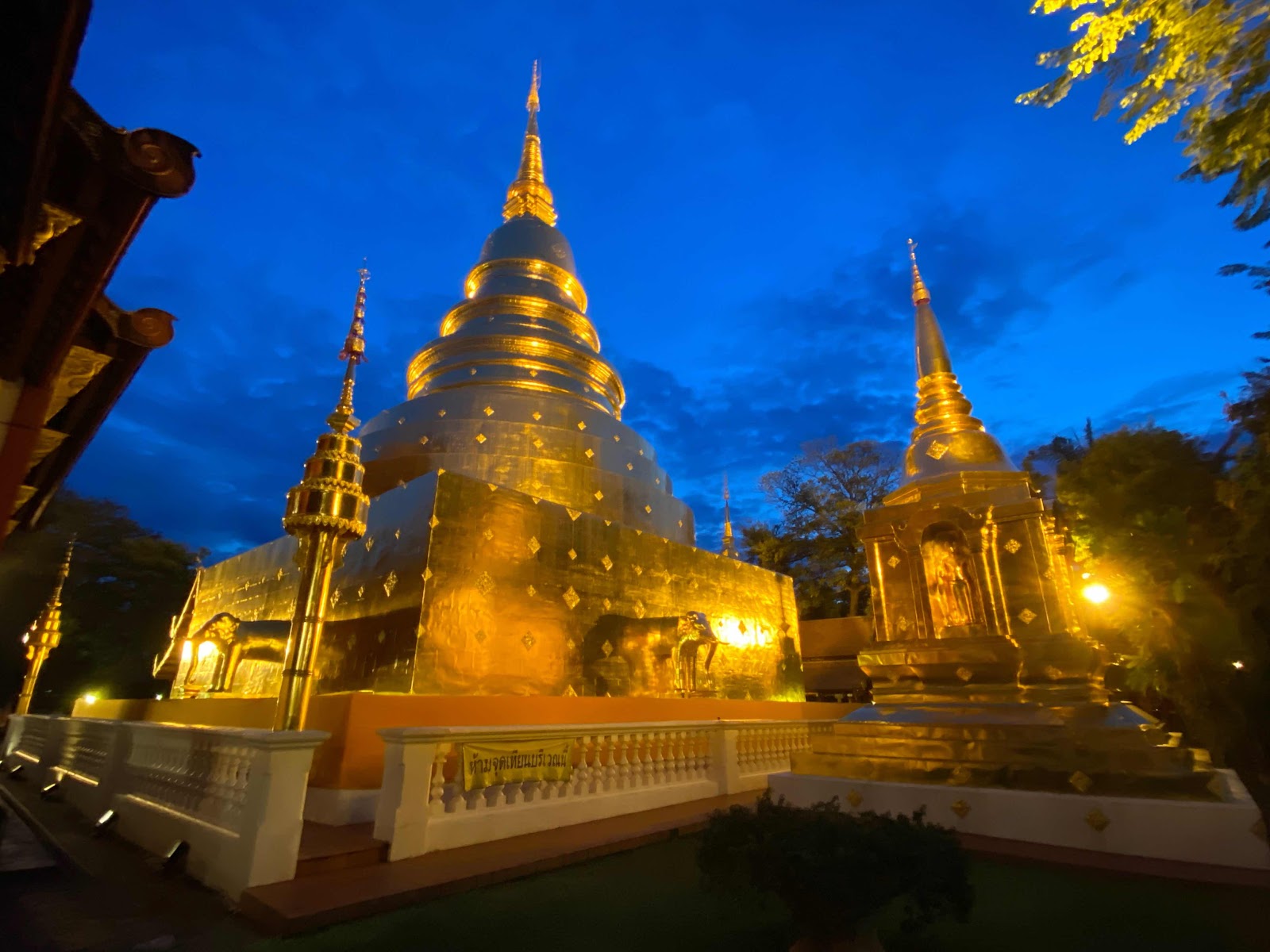 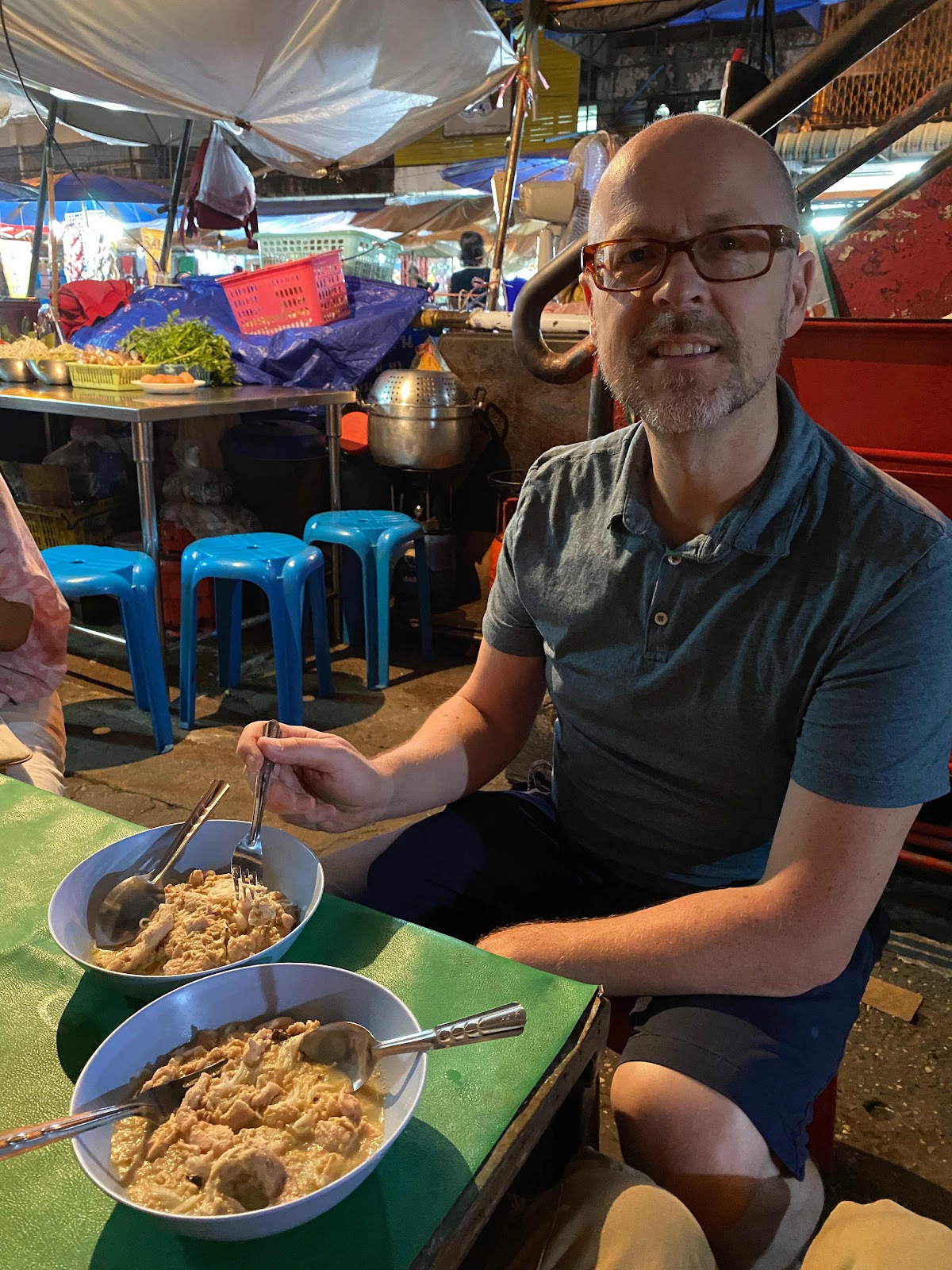 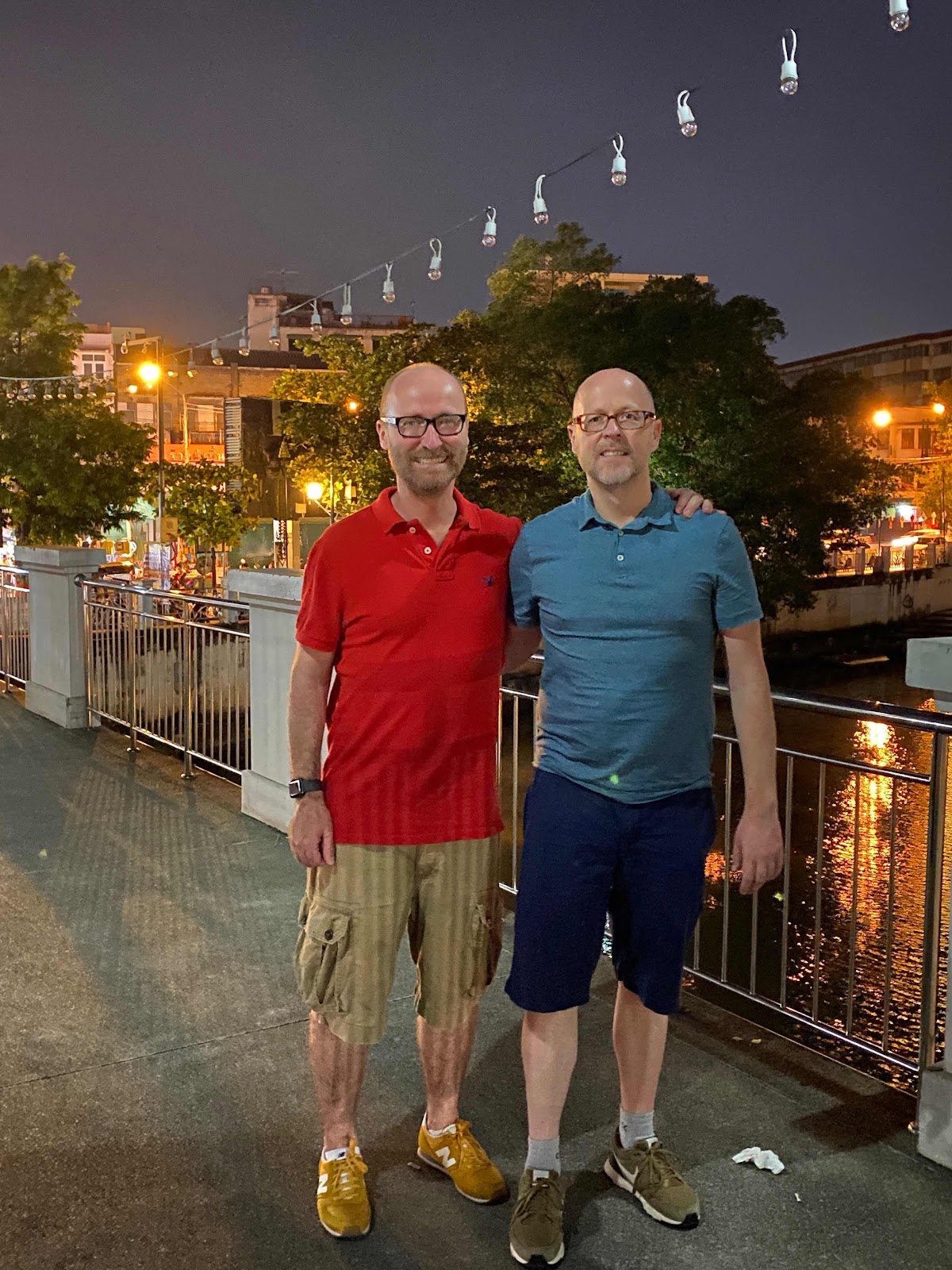 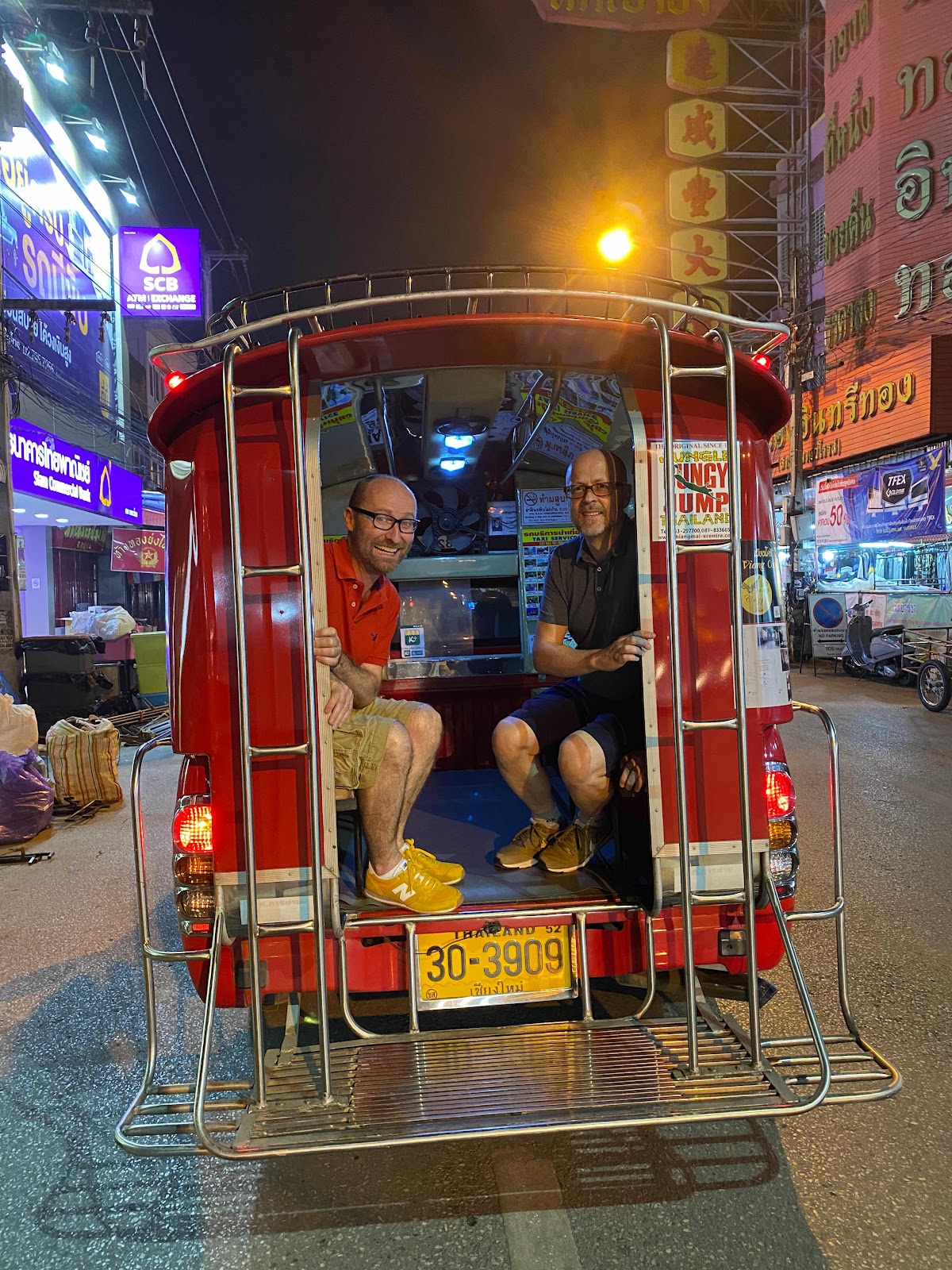 Posted by overyourhead at Monday, November 04, 2019