Thailand : Day 1 : One Night in Bangkok

So we’re off. A couple of weeks in Thailand to help Andrew celebrate his 50th Birthday.
Stuart and I are the advanced party; leaving a few days before everybody else. We thought we’d spend a couple of days up in Northern Thailand first to acclimatise to the place. And catch up with a few relatives at the same time - both dead and alive. But more on that later.
The first two legs of our trip were flights out of Heathrow to Amman and then on to Bangkok.
When Stuart heard we were flying “Crown Class” to Thailand he got very, very excited.
Even the name of the airline - Royal Jordanian Airways - made him think it was going to be ‘dead posh’ on board. A throne maybe?
The reality, as it turned out, was far more proletariat.
Crown Class is but a very small step up from economy. But I did say to him that we wouldn’t have to turn right once we stepped on board which cheered him up a bit.
I’ve spoilt that boy. I really have.
The first flight - five hours to Amman - was fairly smooth with just a few bumps en route and we had had a nice meal onboard and a few drinks to settle up nerves so I was more than happy.
The second leg on to Bangkok lasted eight hours and it just flew by - no pun intended - as it was as smooth as a mill pond. The only hiccoughs were  mine - one too many nerve-steadying Beaujolais stiffeners pre-take off.
Once landed in Bangkok we were soon whisked through immigration - me still slightly wobbly of leg - and soon found ourselves on the Skytrain speeding downtown to spend just one night in Bangkok.
We had to collect some train tickets for later in our trip so first stop was Bangkok’s main station. We then had a bit of time to kill before our overnight sleeper train was due to whisk up to the northern province of Chang Mai. So we hung about around Hua Lamphong station for a bit, wandered into nearby Chinatown to have a bite to eat and few jugs of the local ale, and then played a few rounds of “lady boy or stunner”.
Eventually the time came to board our train carriage. First class. Or so they said. ‘Princess Stuart’ was less than impressed. For the second time in 24 hours disappointed. “I thought we were travelling first class?” he said. With a sneer he surveyed our small train compartment. Once again, no throne; just two private bunkbeds, plastic seats, two cans of warm Heineken and a meal on a tray. I really need to reset his expectations!
The carriage was fine of course. And we both laughed and laughed as we bounced our way down the tracks into the night - cracking open more cans of Heineken whilst singing the only line from One Night in Bangkok we could remember over and over again. 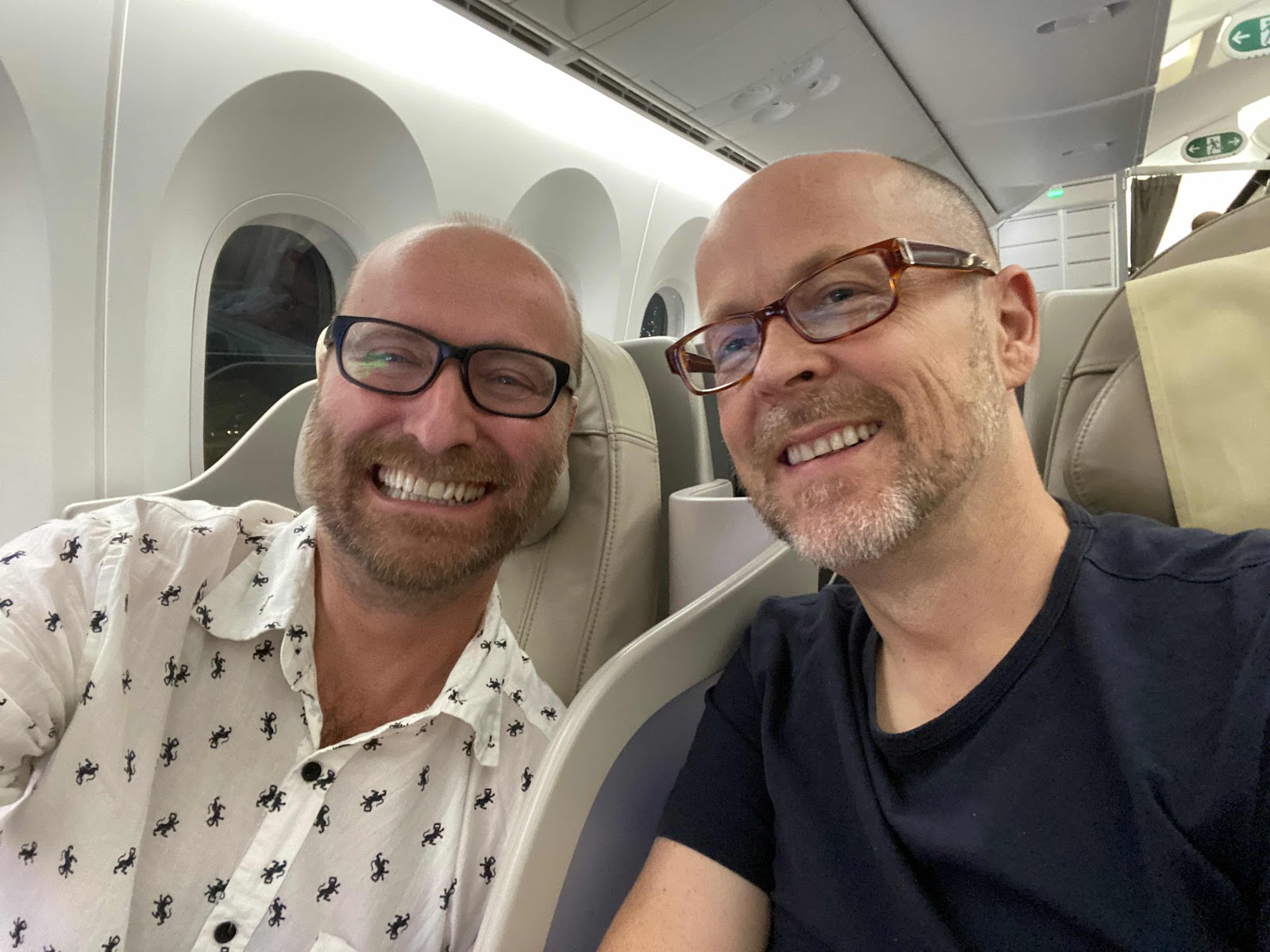 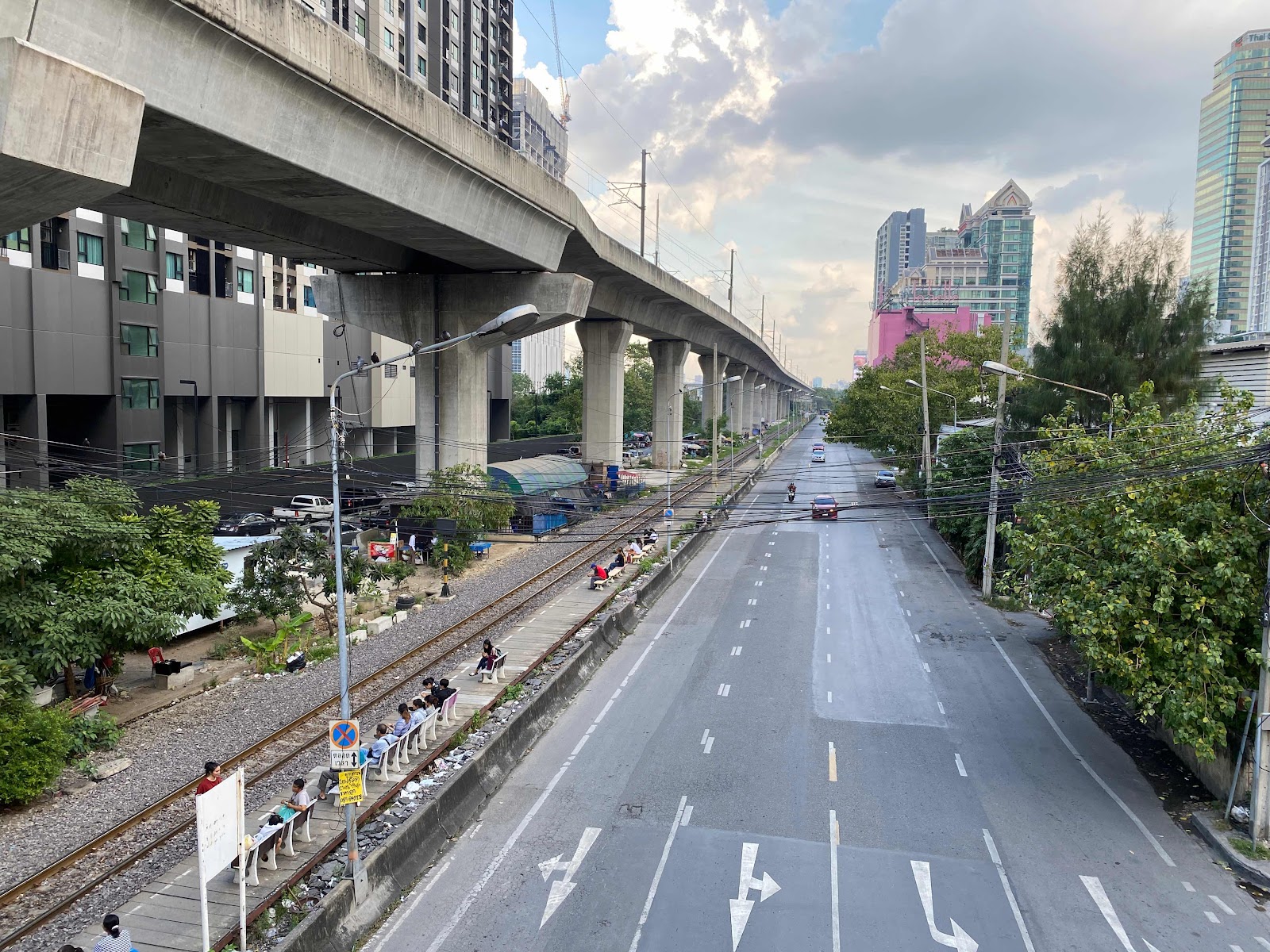 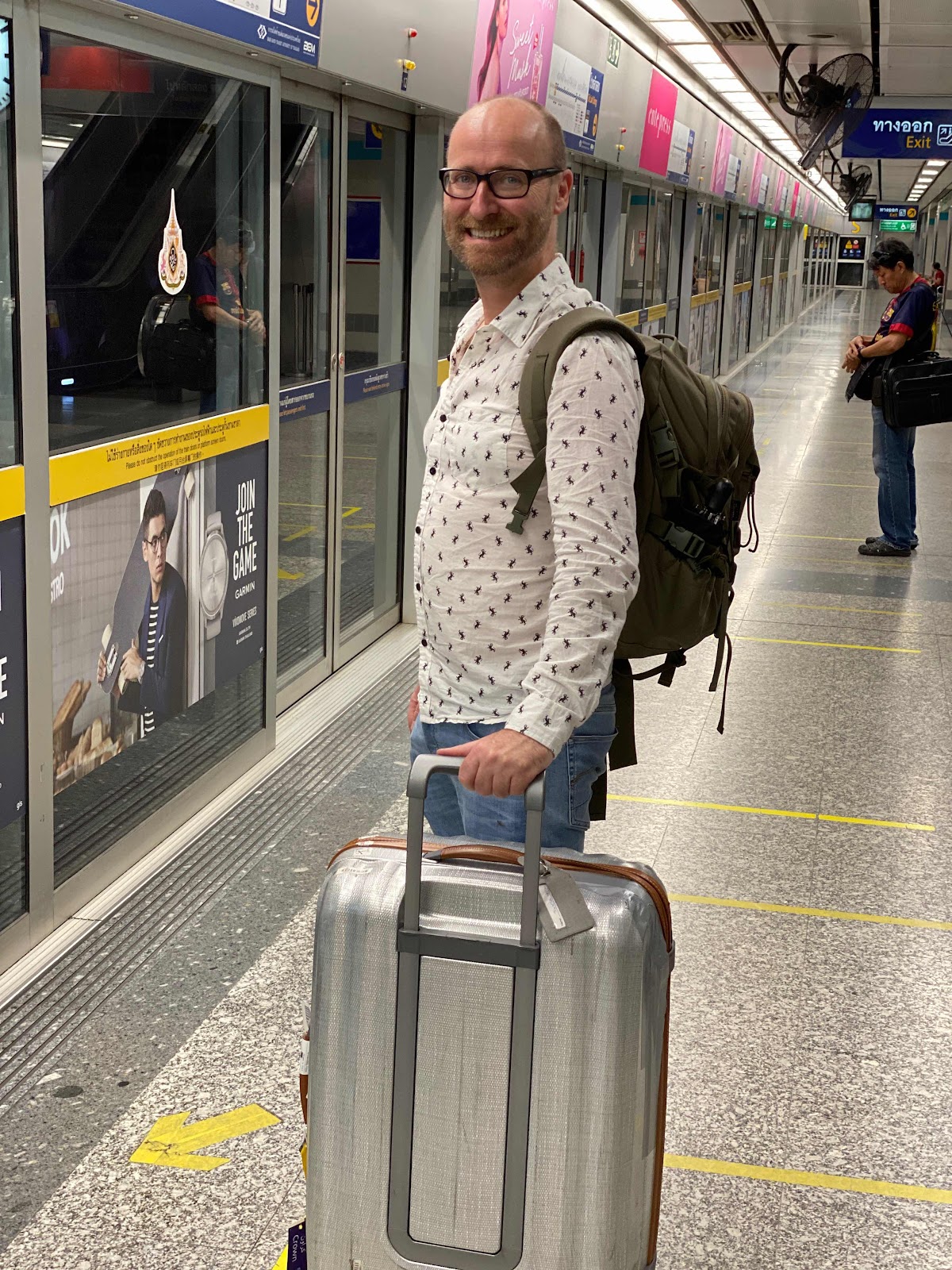 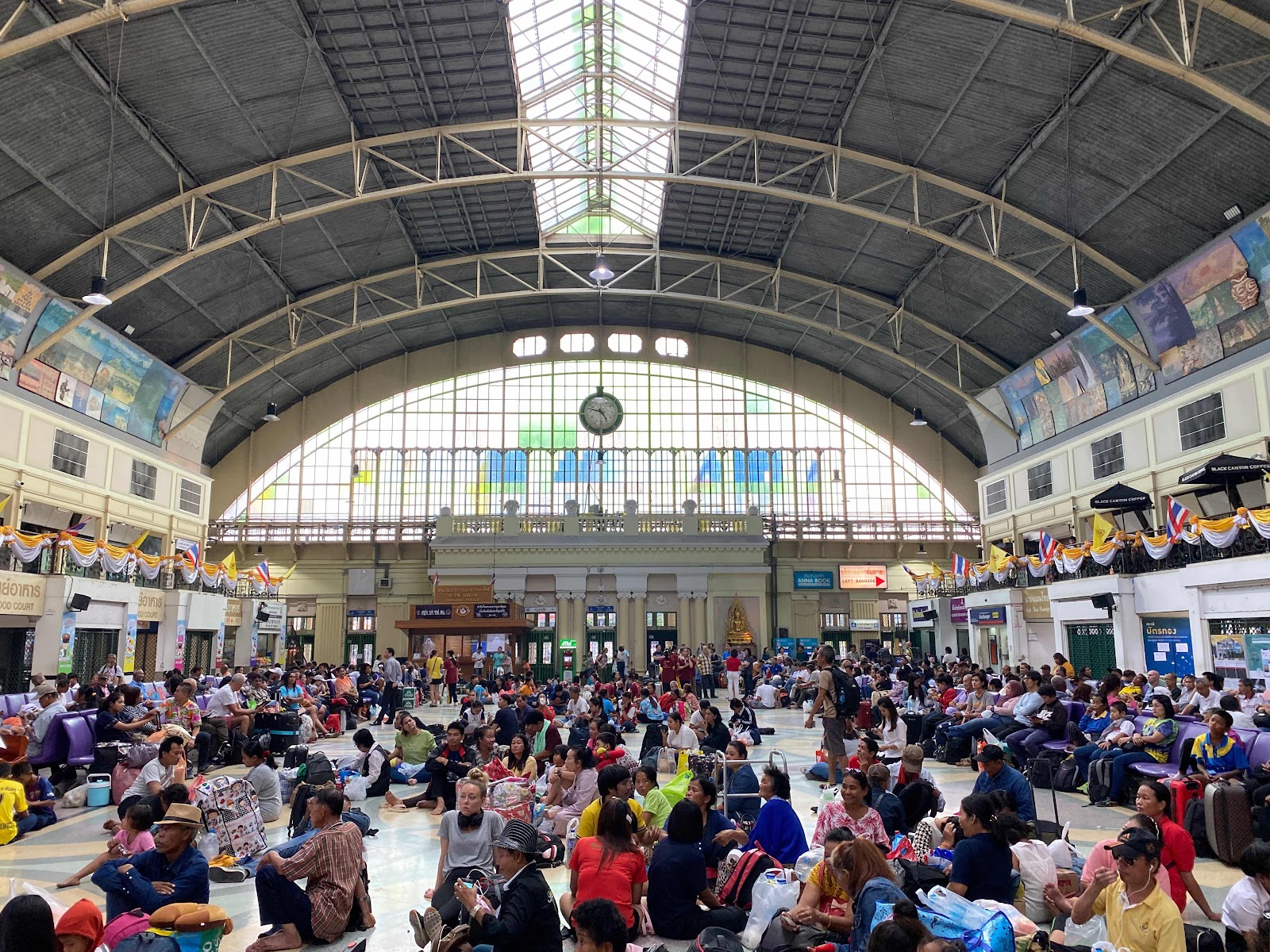 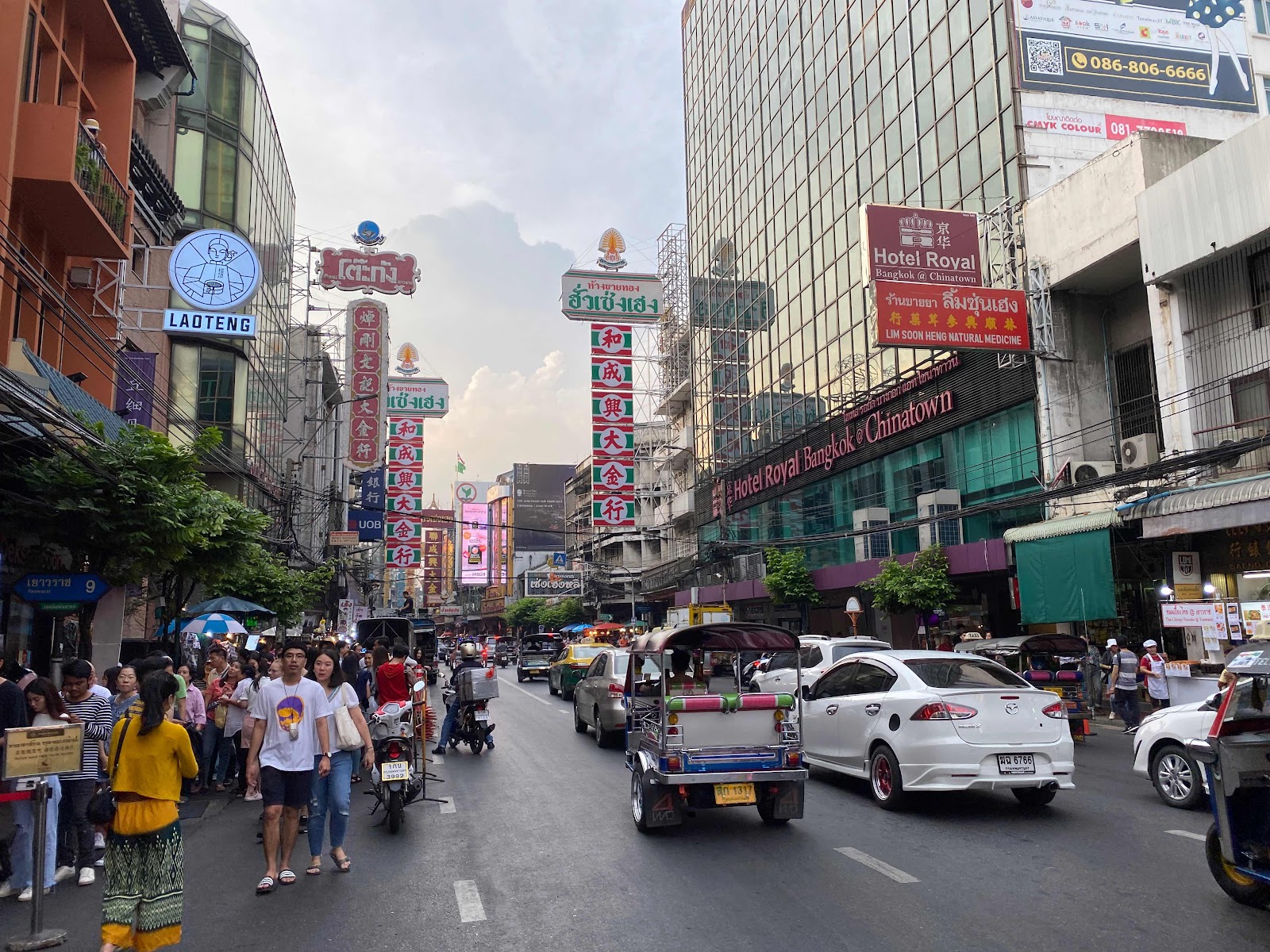 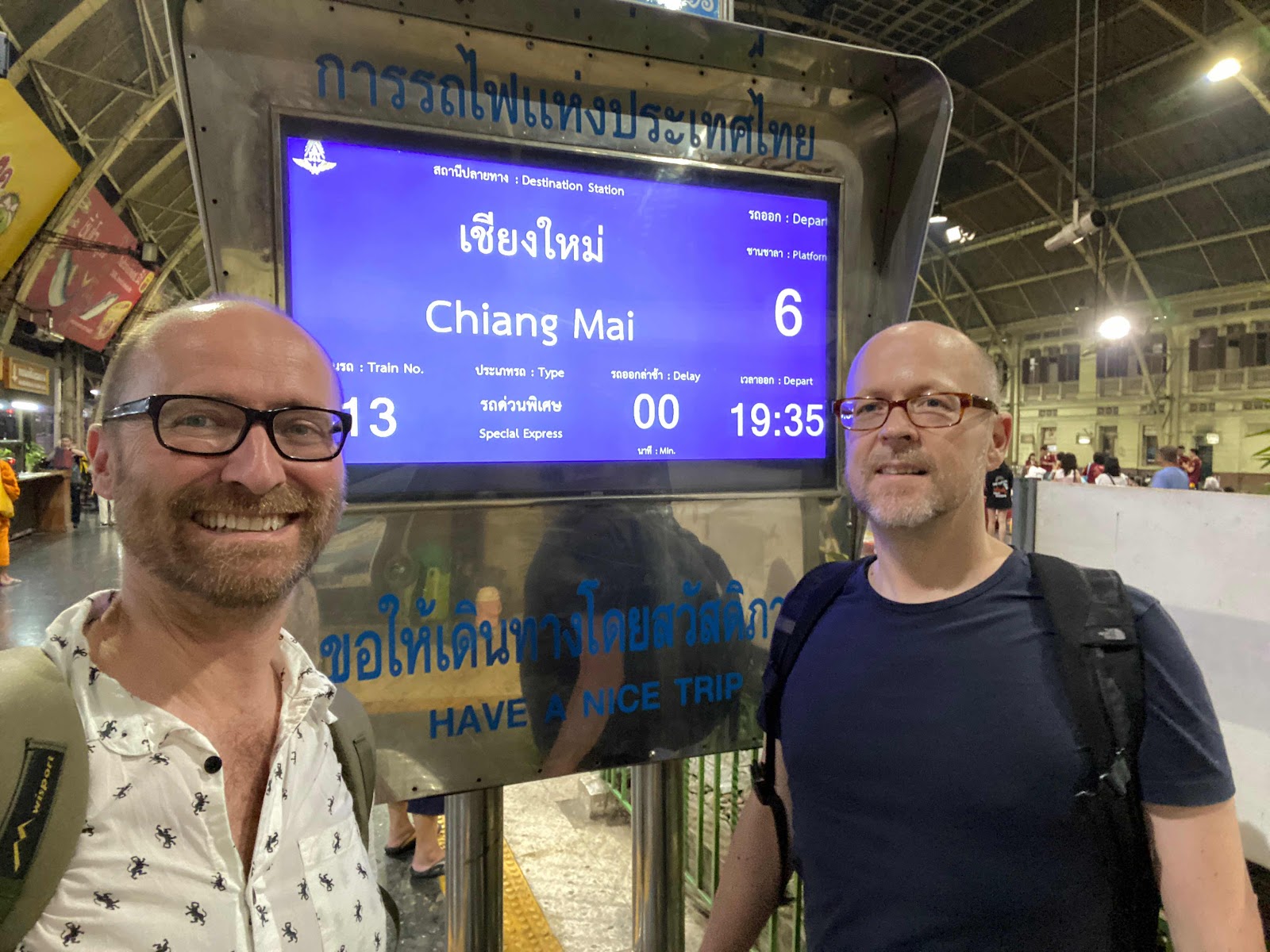 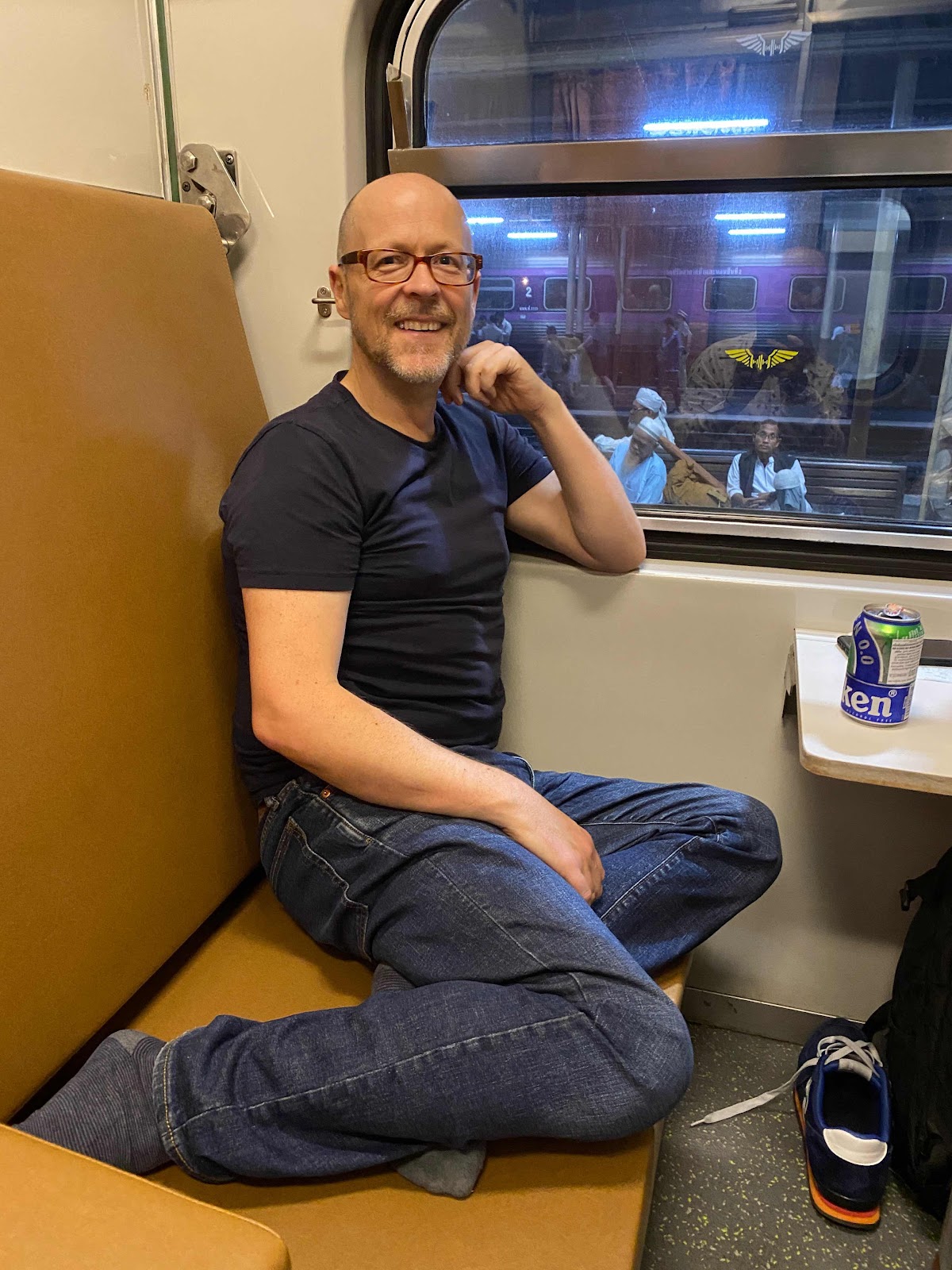 Posted by overyourhead at Sunday, November 03, 2019