A month of so ago Stuart and I went on a guided walk in the City about The Great Fire of London.

Every school kid learns abut the Great Fire of 1666; the fact it started in a baker's shop in Oudding Lane, it lasted for four days, and two thirds of the City was destroyed. And that song.

The guide did add a few gossipy tit-bits about the soldiers not being allowed into the City to help fire-fight until the King interceded and how the Catholics got blamed for everything.

But, to be honest, the guide didn't really tell us much we didn't know already. It was interesting to walk the route from where the fire broke out to where is was finally stopped though. 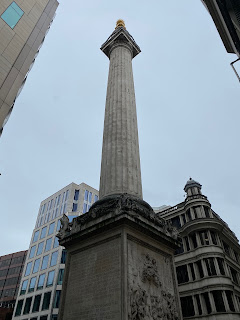 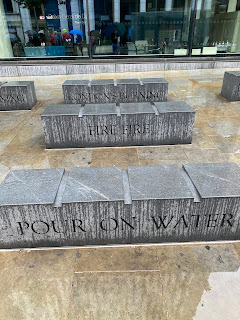 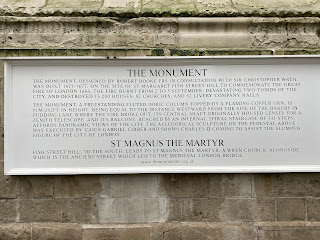 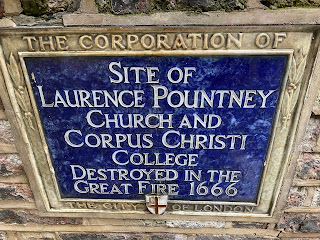 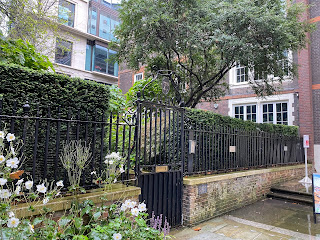 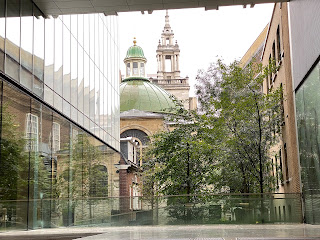 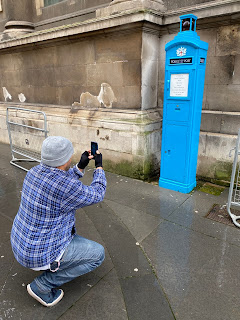 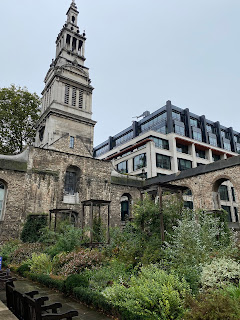 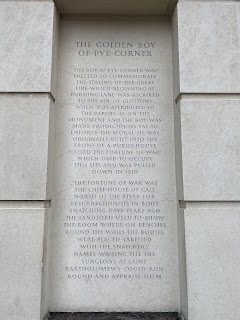 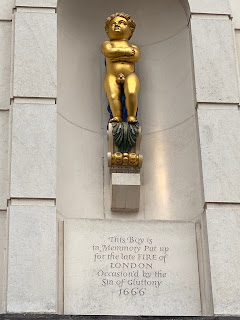 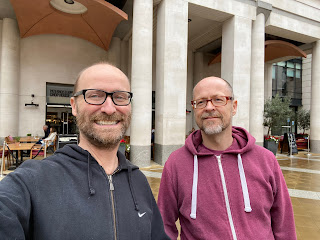 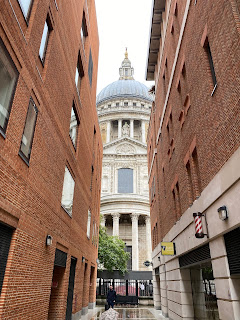 Posted by overyourhead at Thursday, November 21, 2019