Today was Andrew’s 50th birthday - the real reason for our trip here to Thailand. We intended to spend the day hanging out around the hotel pool, chatting, and laughing the way old friends do. Which indeed we did.
As we have known each other for such a long time, the conversation came very easily. We joked about our shared experiences, the trips we had had away together as a group, and of course the fun we had had together too.
By the mid-afternoon Mark and I were feeling a bit restless so left the gang to walk along to the hotel jetty; the white wooden pier structure at the edge of the hotel coastal border which was the place where the birthday party meal was going to be held later that evening.
The jetty was looking lovely in the afternoon sun as the staff were busy preparing the tables, napkins, menus, lighting, chairs, and flower arrangements for that evening. They were concentrating so hard on all the sort of delightfully unnecessary paraphernalia that corporate hospitality does so very well that they hardly noticed Mark and I slip by.
Once at the end of the jetty we both dived off into the warm, crystal-clear emerald waters. We were greeted by hundreds of brightly coloured fish; blues, greens, yellows and oranges flashed before us. Quite a sight.
Our swimming done, we returned to the hotel to join the others by the pool again where we were met with an equally lovely scene. Bonnie and Darren had bought fizz and the hotel a cake to celebrate. So we all toasted the birthday boy’s big day.
By early evening we had retired to our rooms to don our glad-rags for the evening’s return to the jetty.
We met up again first by the Rim Talay pool on the water front and took a delightful walk along the beautifully lit pathway to the jetty to be met by a fantastically illuminated scene. The hotel and its staff had done an amazing job since the afternoon and made the whole place seem, if that were possible, even more magical; fairy lights, candles, flowers, the little touches.
As we arrived we were greeted with yet more fizz as the staff attentively served us; happily taking pictures of us in the late afternoon sun as we prepared to sit down to a glorious meal.
The food was fantastic - course after course of culinary delights. The company and the conversation was equally delightful. I think Andrew enjoyed himself; and judging by the permanent beaming grin on his face I think it’s safe to say that he did.
After the meal was over we decided to top the night off by heading into town and hitting a few of the gay bars. What night would be complete without the odd spot of karaoke, the old drag show, and a few rounds of tequila shots on the house?
A great day and I think Andrew will remember it for some time. 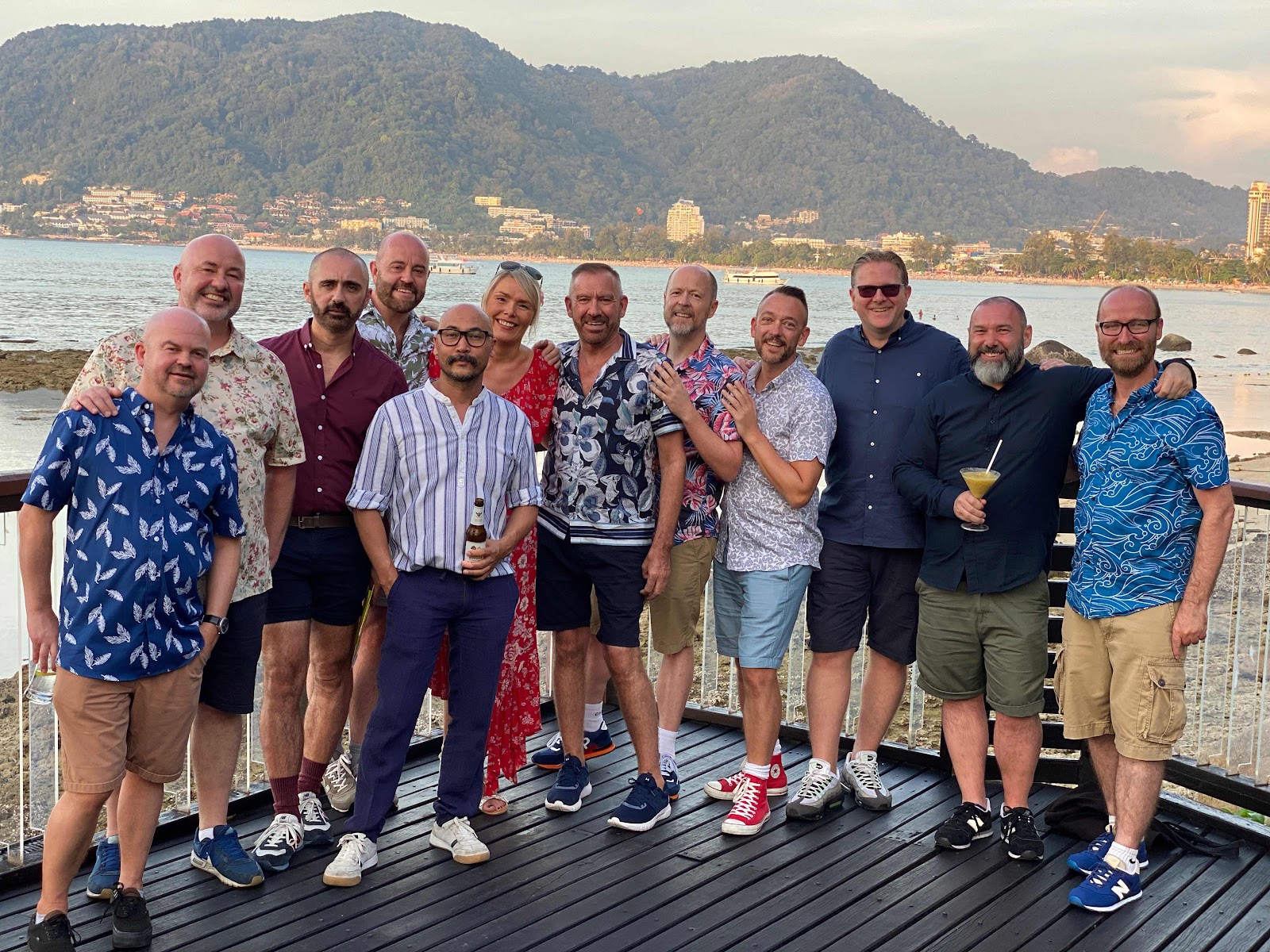 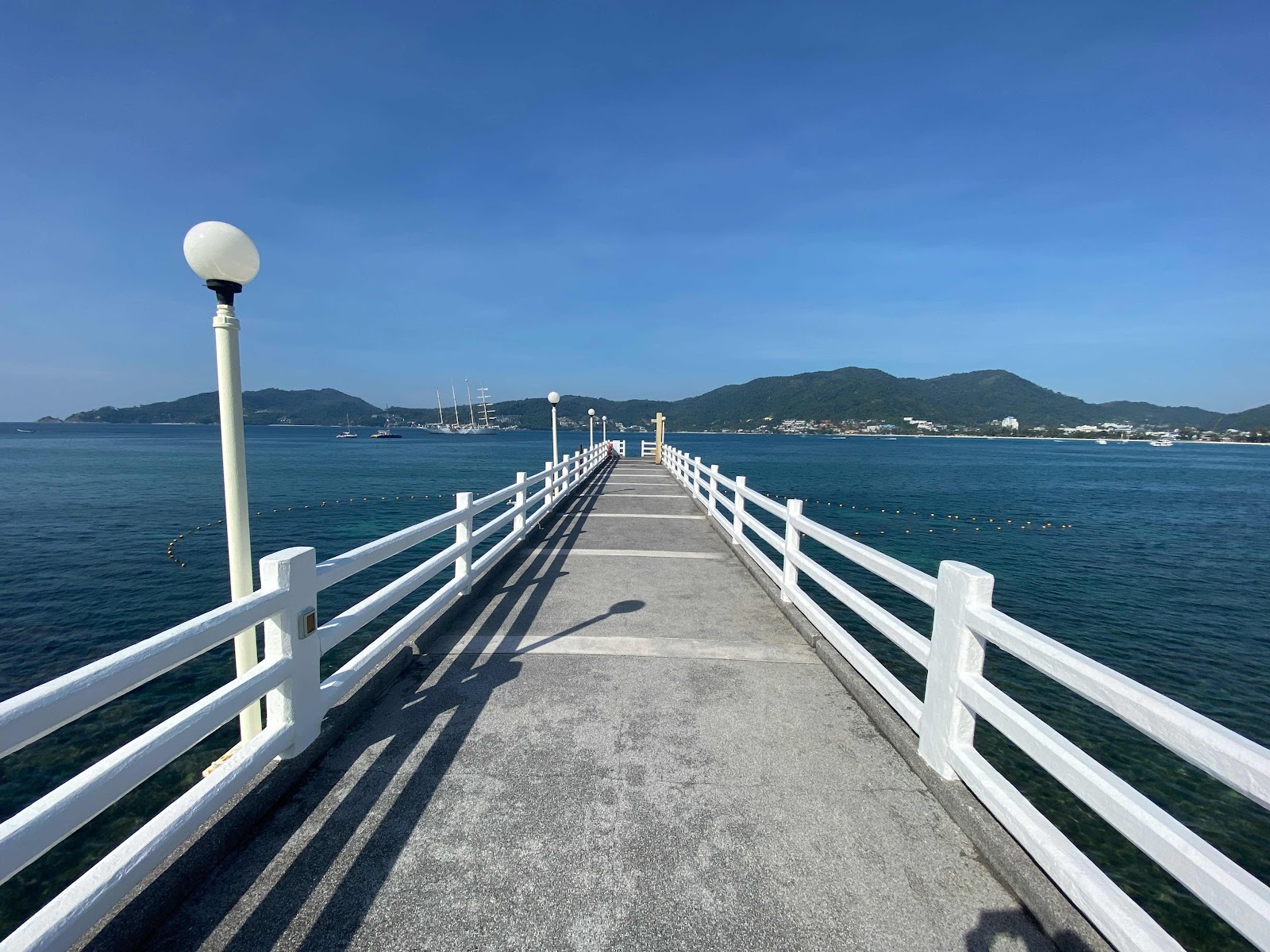 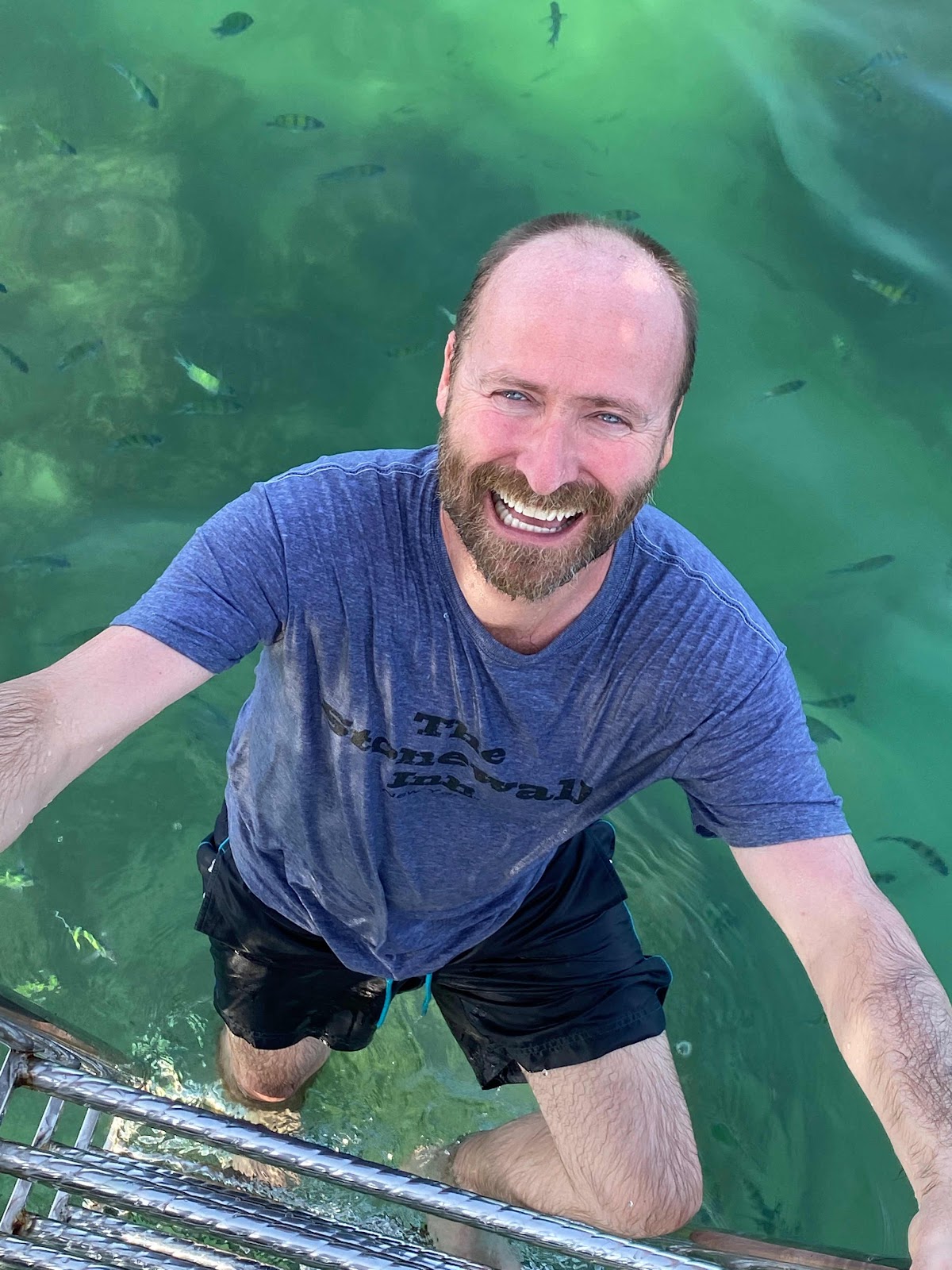 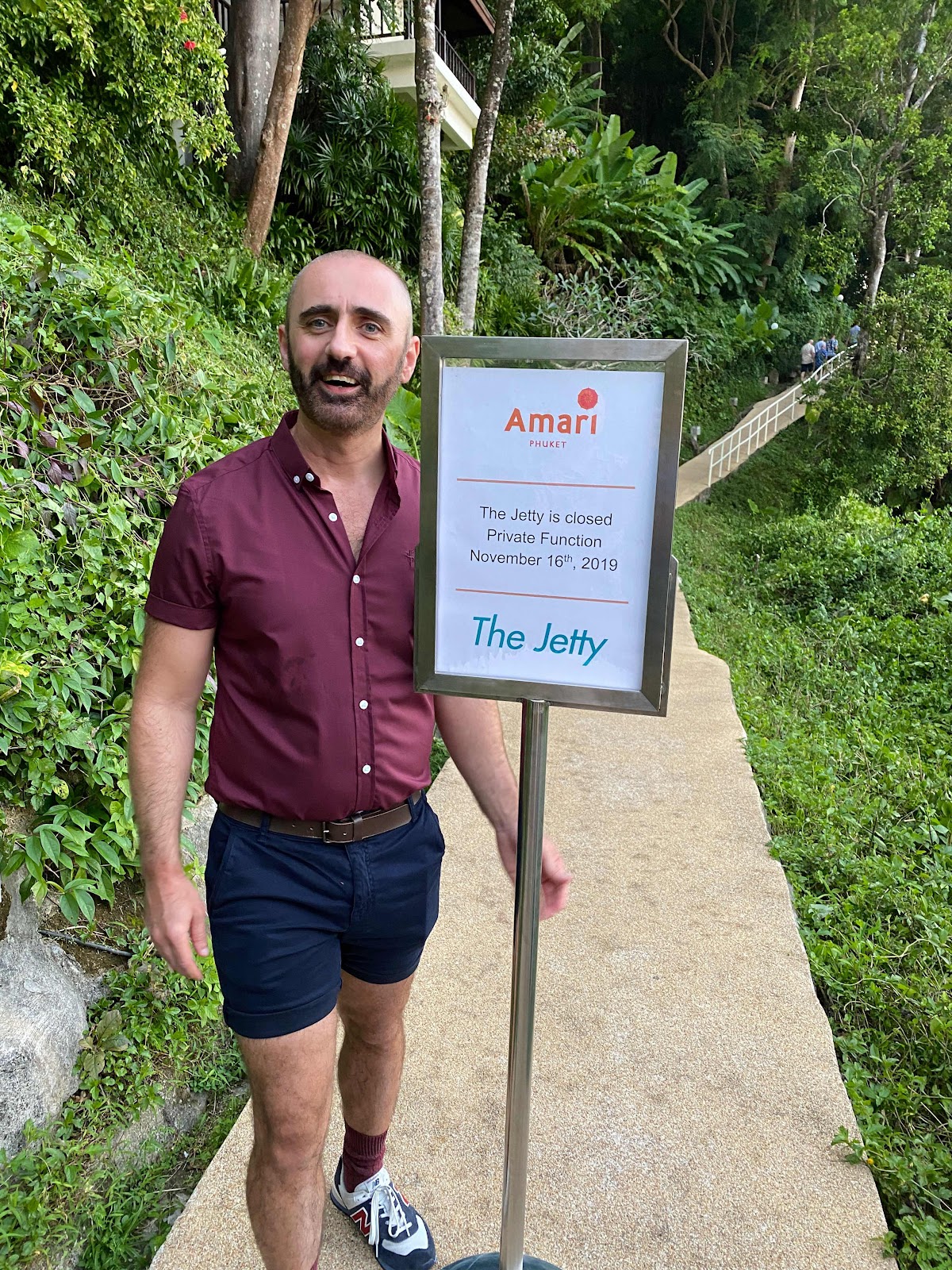 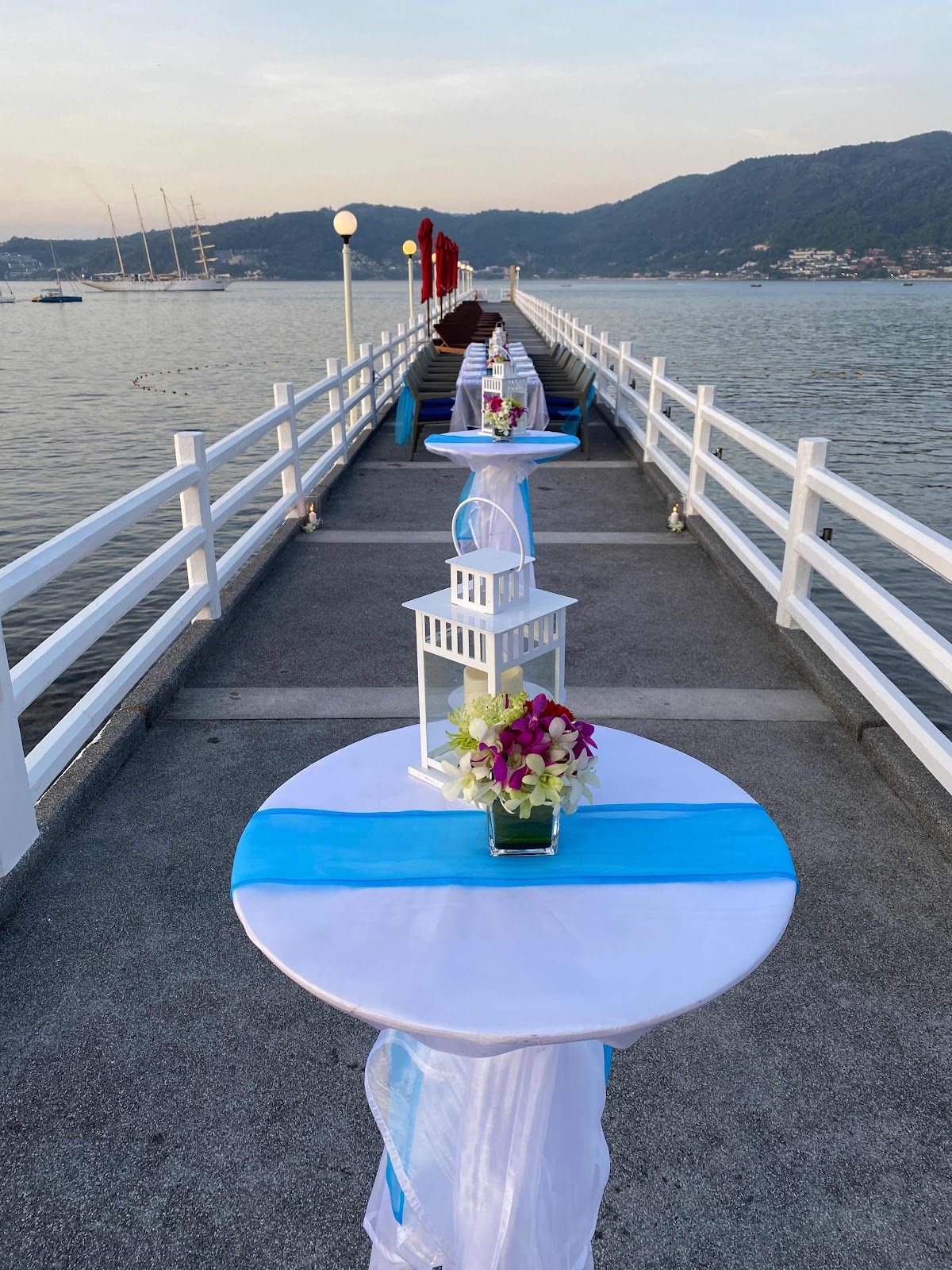 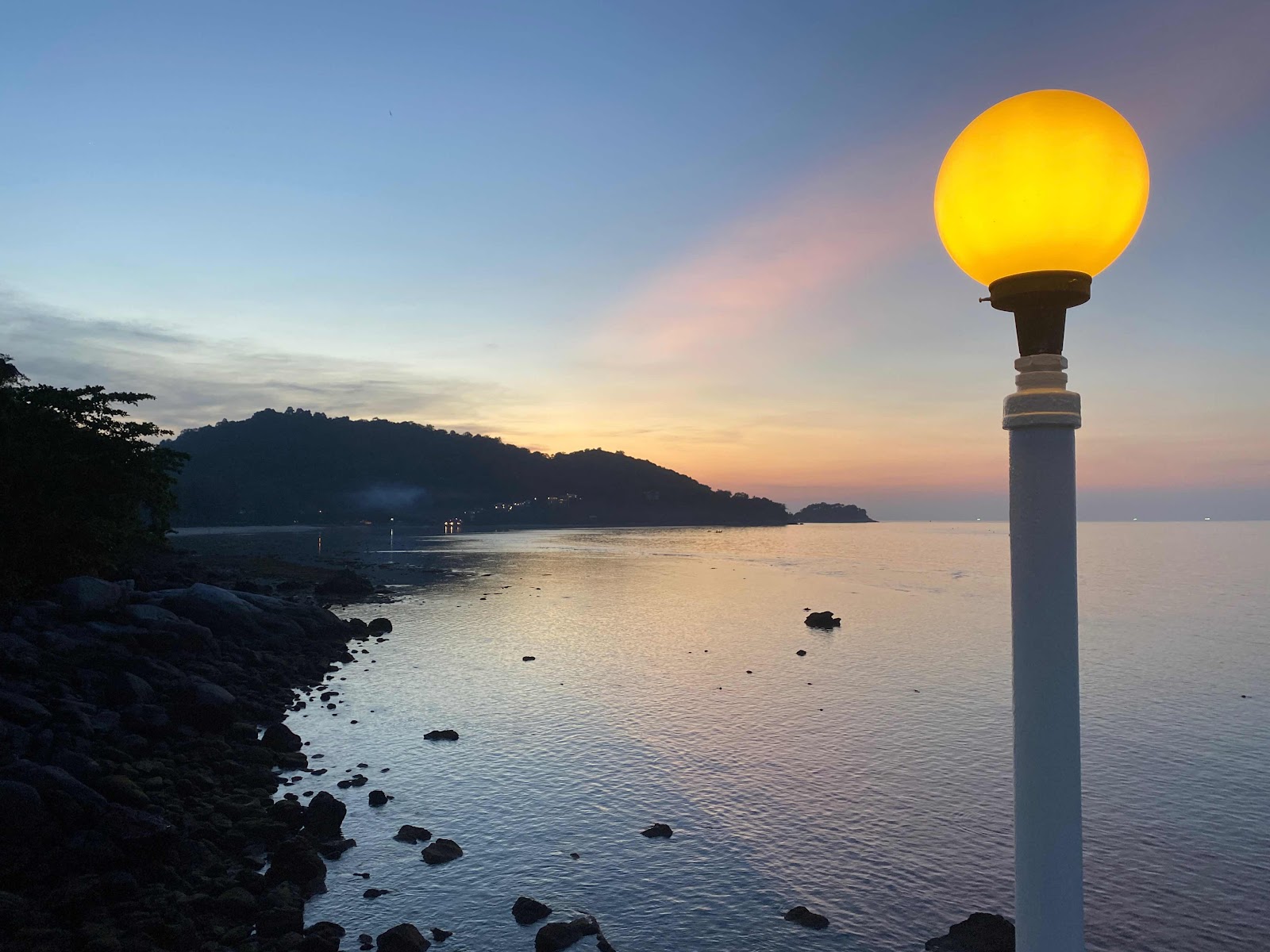 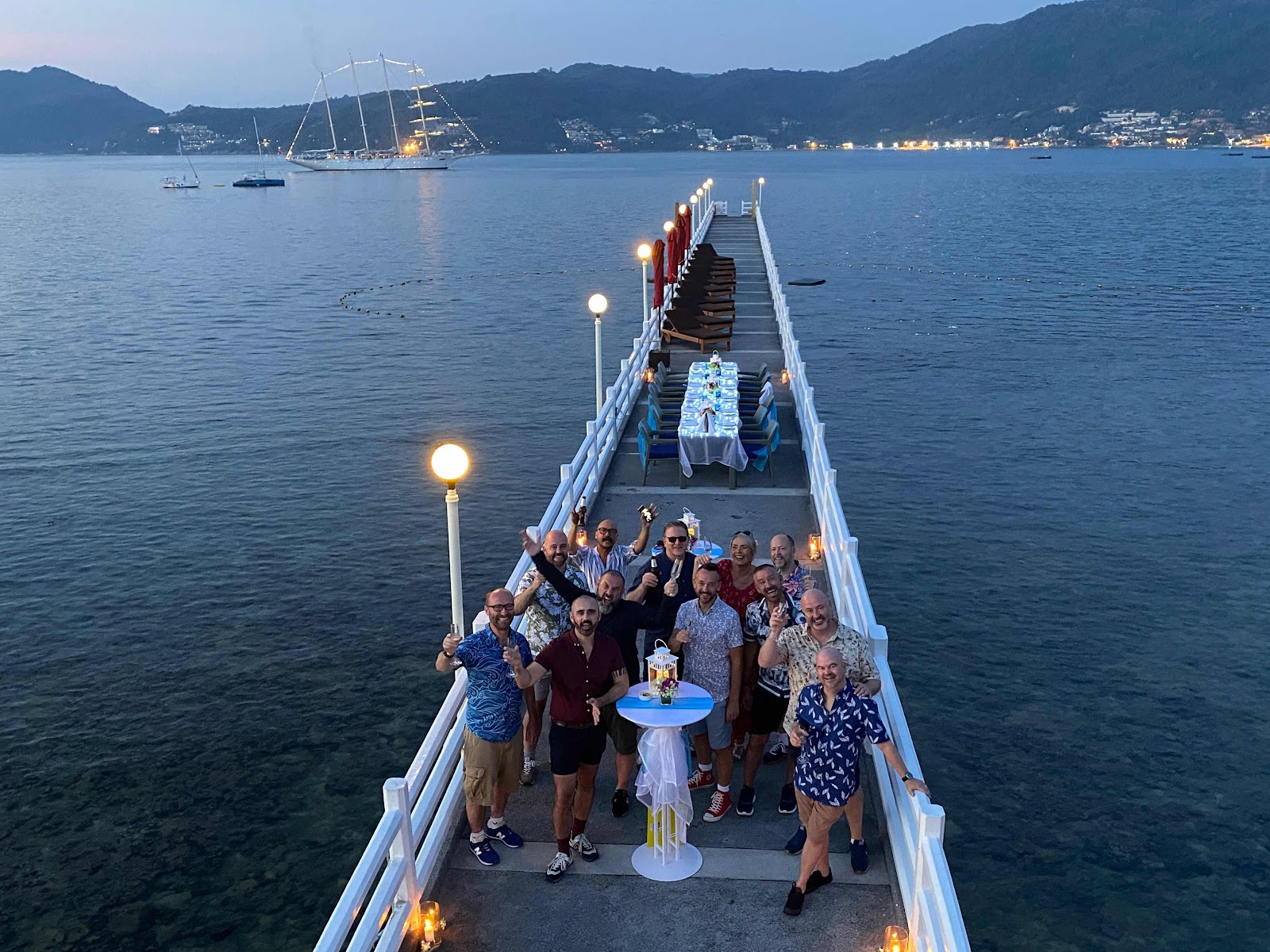 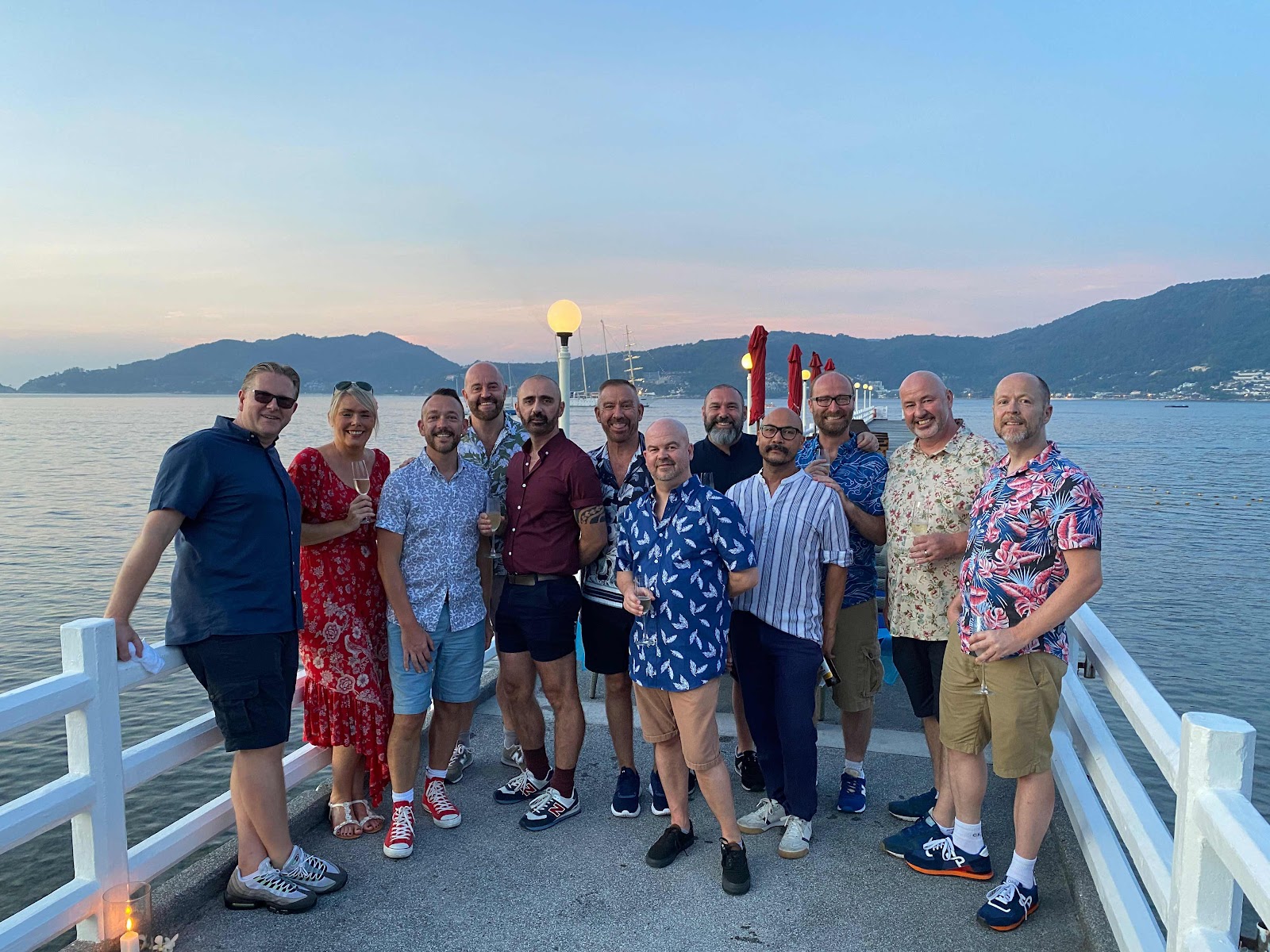 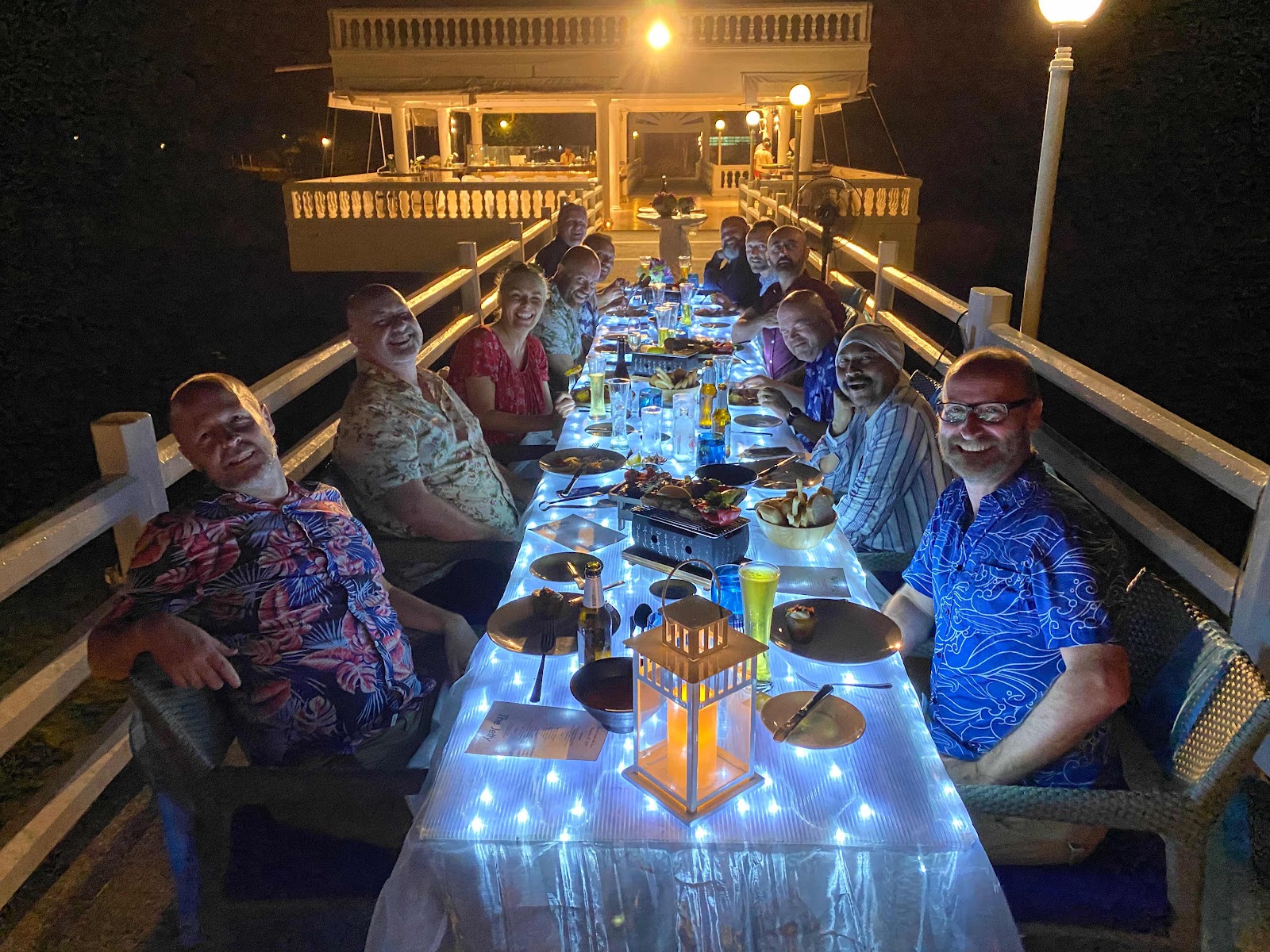 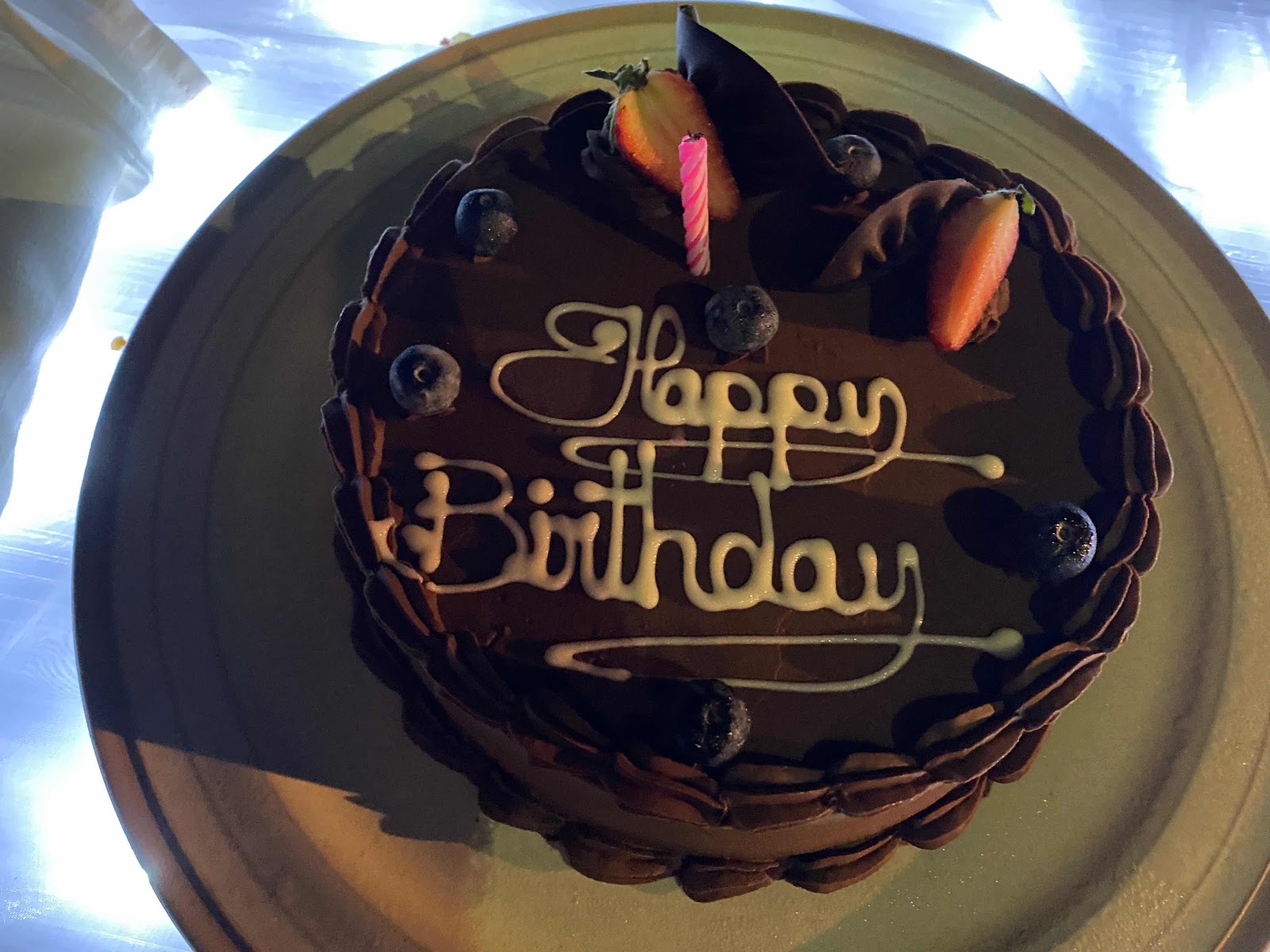 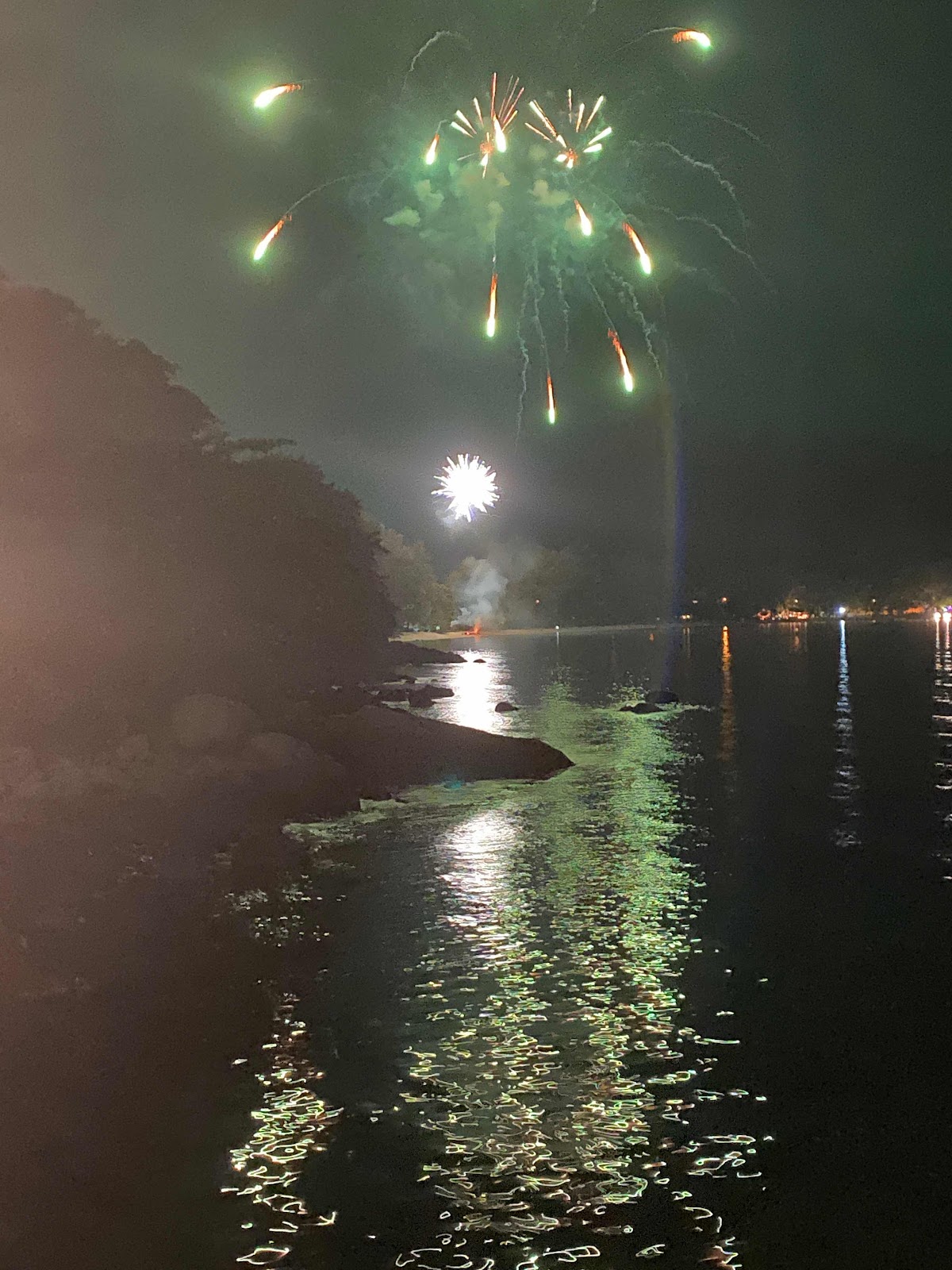 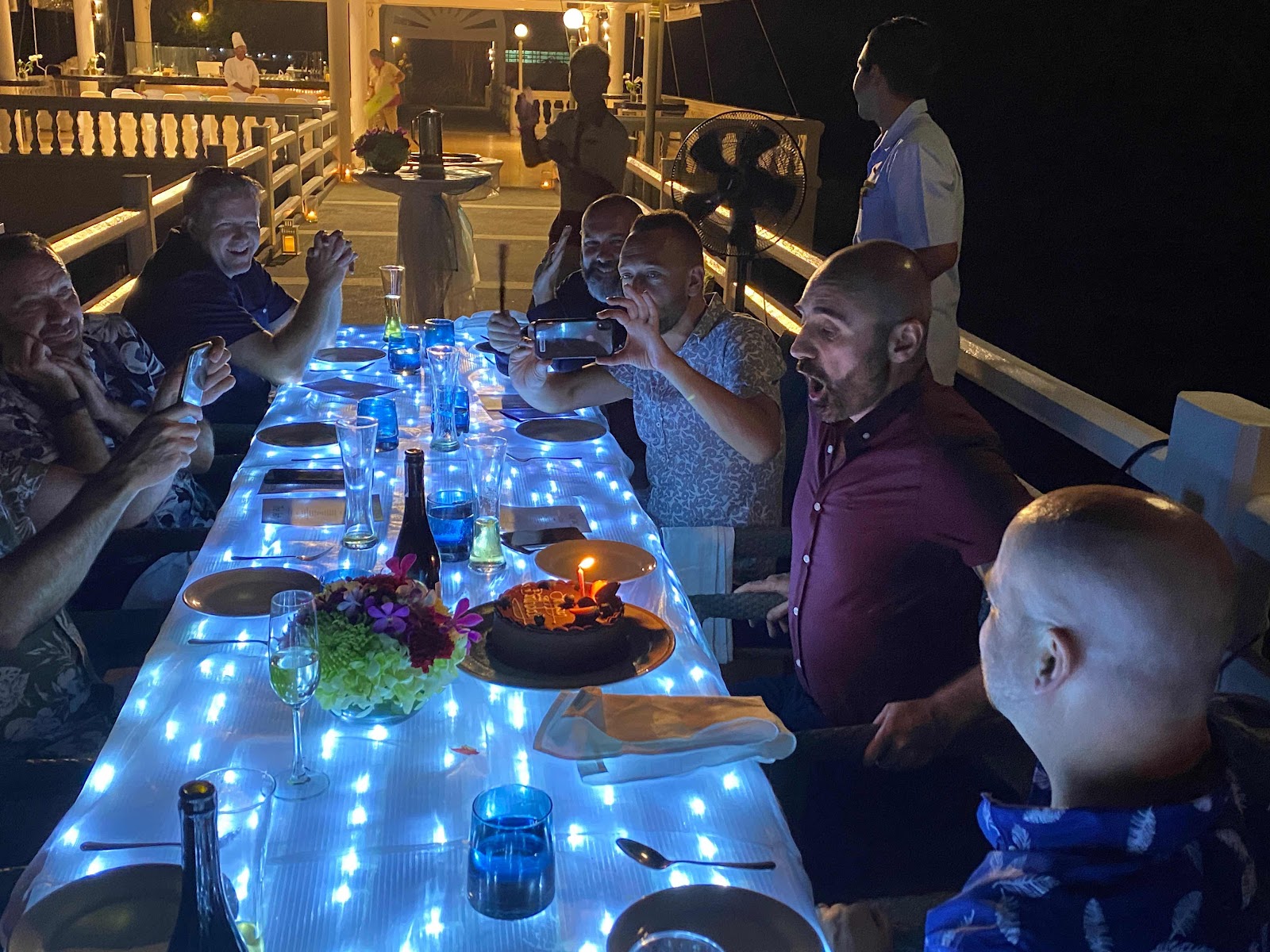 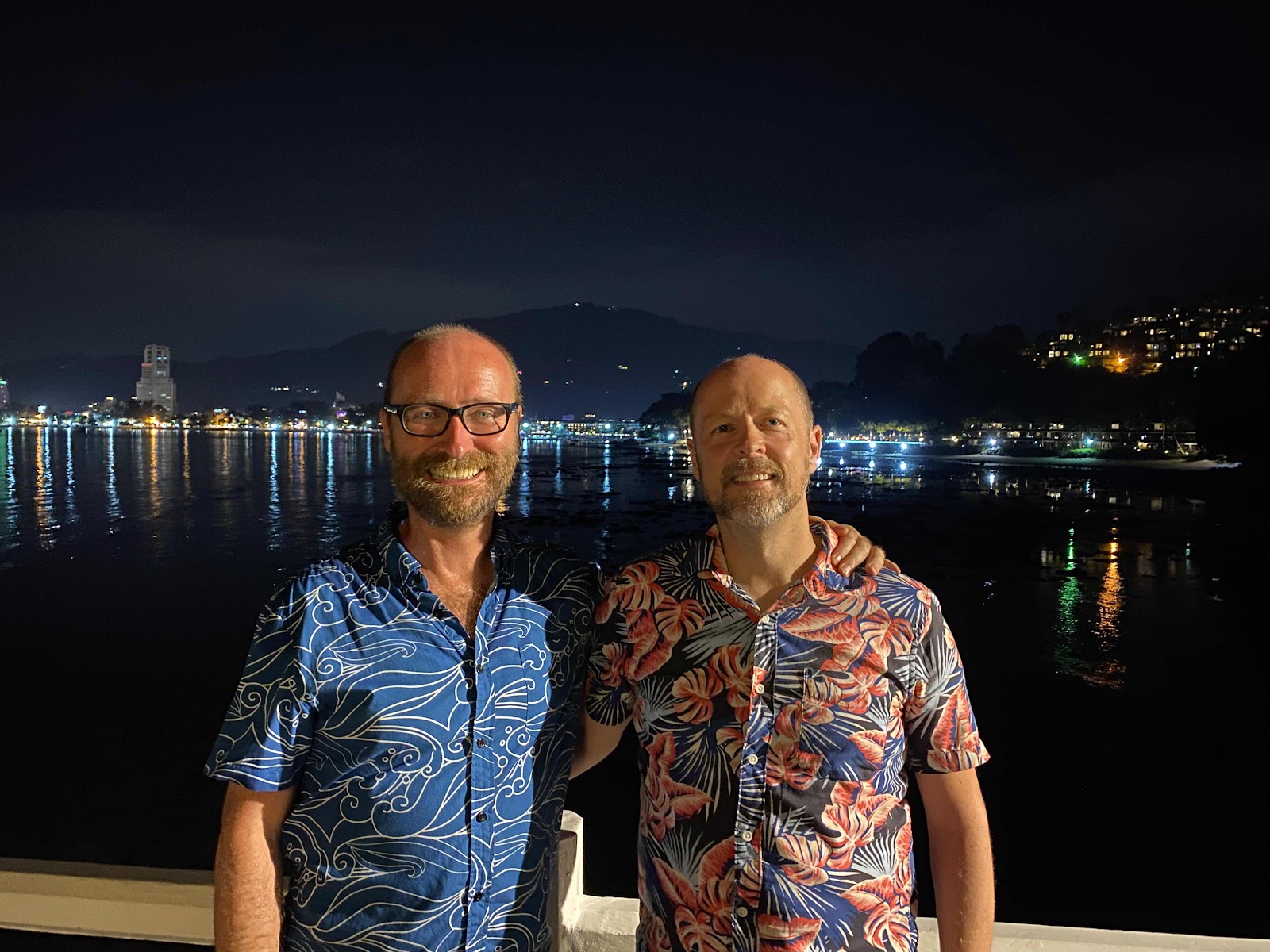 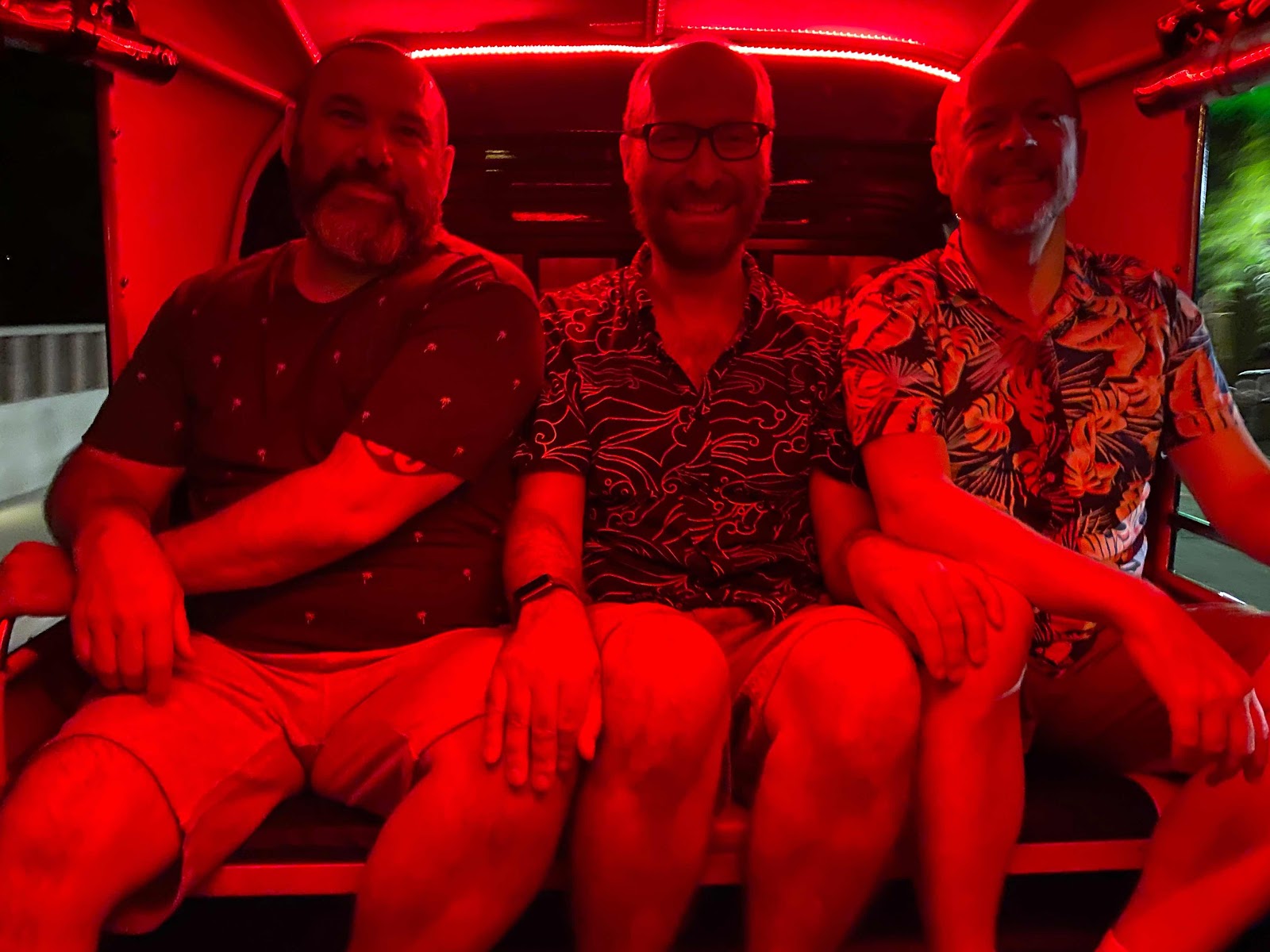 Posted by overyourhead at Saturday, November 16, 2019