Last night I went to see The Tiger Lillies’ show One Penny Opera at the Soho Theatre in London’s glitzy West end.

It was fine. But I’ve seen the boys do way better.

The show is a 70-minute, no-interval cabaret show based on John Gay’s 18th century Beggar’s Opera and Brecht and Weill’s Threepenny Opera. Ever witty, they demote their version—a mix of Gay, Weill and their own songs—to a One Penny Opera.

Deadpan and deathly in their ghoulish black and white face paints, it all feels a bit déjà vu, same old same old. Not a patch on Shockheaded Peter.

The playing was great (Adrian Stout on double bass and theremin and Budi Butenop on drums) but it drowns out Martyn Jacques’s falsetto voice which is perhaps a little too reedy of late.

There is no programme, but if you’re a fan you know what you’ll get with the Tiger Lillies, seedy life, pimps, cut throats, prostitutes, corruption from the lowest in the land to the top to Prince Albert, in all its glorious verbal vulgarity.

The standards are great though - “Alabama Song / Whisky Bar” and “The Ballad of Mack the Knife / Mackie Messer” still pack a punch. 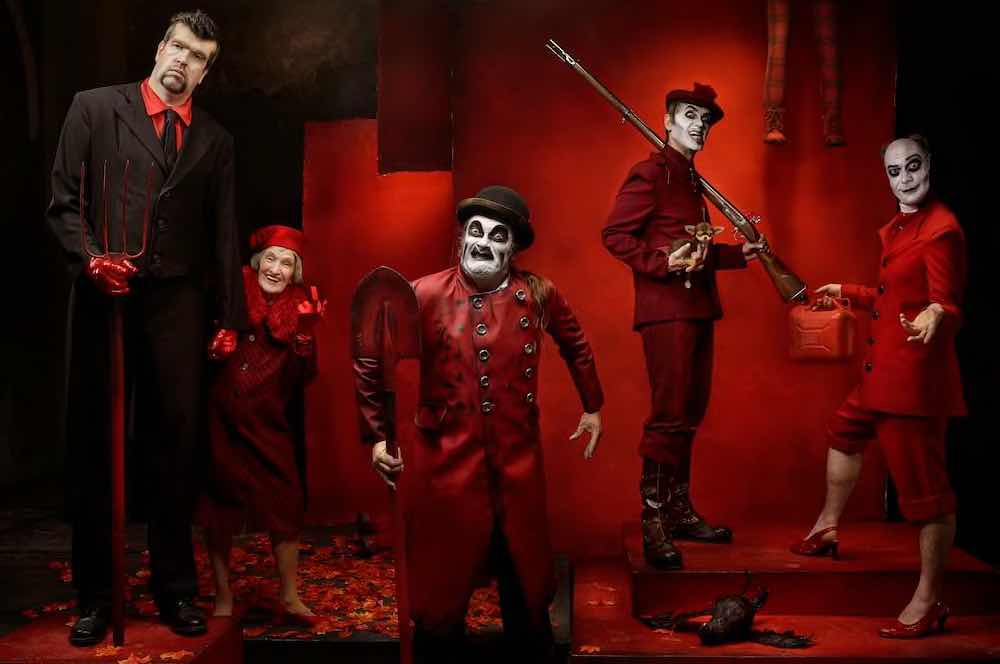 Posted by overyourhead at Wednesday, April 13, 2022