A few weeks ago, Stuart and I went to see the impossible juxtapositions, mad collisions and genuine surprises in the Surrealism Without Borders exhibition at the Tate Modern on London's glitzy South Bank.

If the exhibition taught us anything it's that it's not just the high-concept, high-rollers like Dalí and Magritte that define Surrealism. As this sprawling survey demonstrates, there is an extraordinary scope of the global artistic explosion of the Surreal from the bonkers poets, the weird jazz musicians, the fantastical feminists, to the black power activists. After it's beginnings in 1924 Paris the world soon embraced the world of unsettling objects, Freudian dreamworlds, nightmares and fantasies in written word, in images both moving and still, in music as well as in paint.

From Osaka to Bogota, from Mexico to Manila, from Cairo to Greenwich Village, subversive, liberating, violent, transgressive and revolutionary; Surrealism was quickly a worldwide phenomenon.

Full of fabulous discoveries, Surrealism Beyond Borders is a tremendous work of scholarship, bringing together so many artists, so many essayists, so many musicians, so many film makers, so many threads and tangents, it was almost indigestible.

But we were left with a great sense of wonder. A sense that others see the world in a different way to the norm.

As Ted Joans, jazz trumpeter, poet, painter and black power activist said, "jazz is my religion and surrealism my point of view".

Well worth an afternoon stroll. And not just for the expected melting clocks and trains chuffing out of fireplaces. 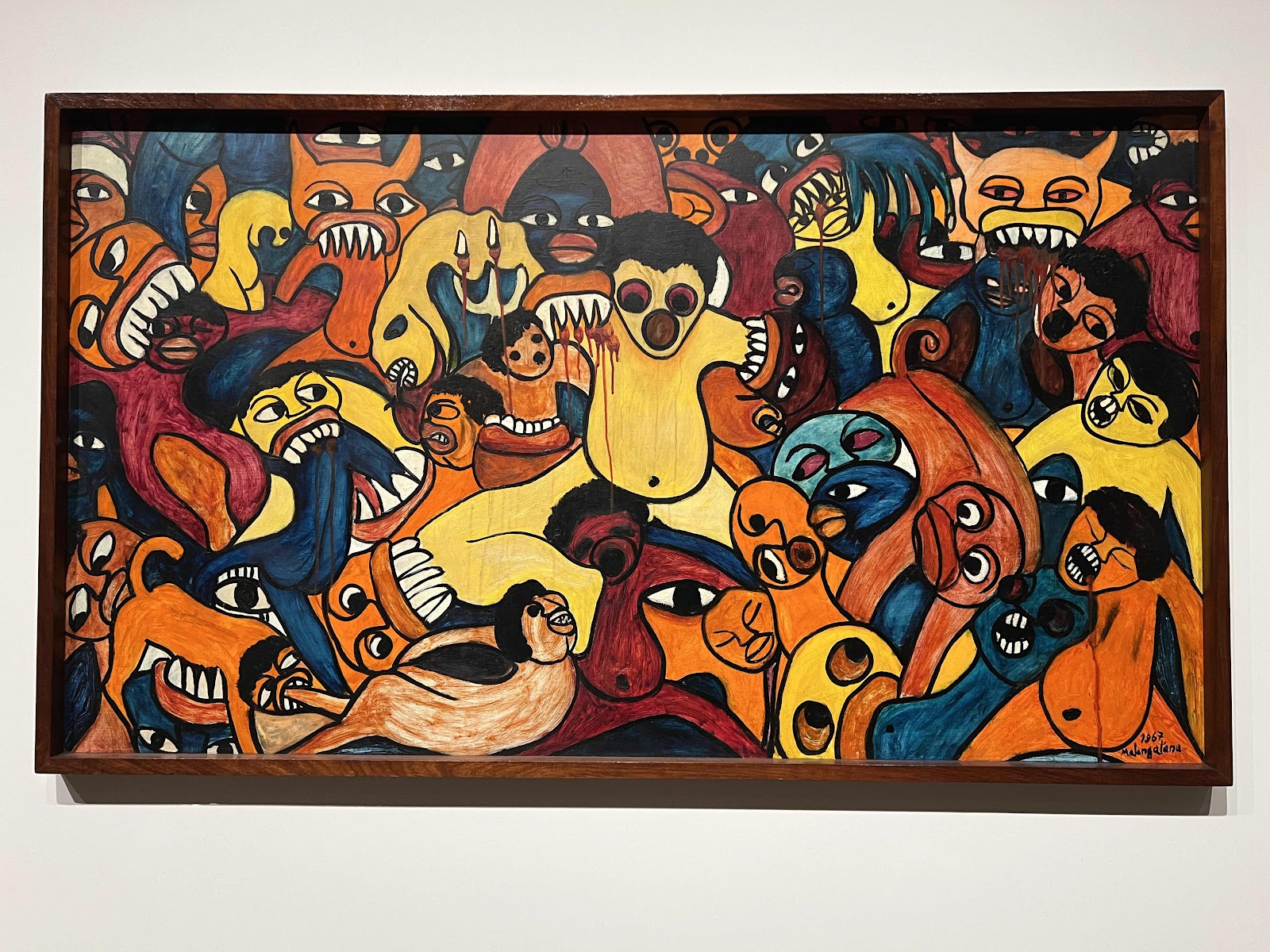 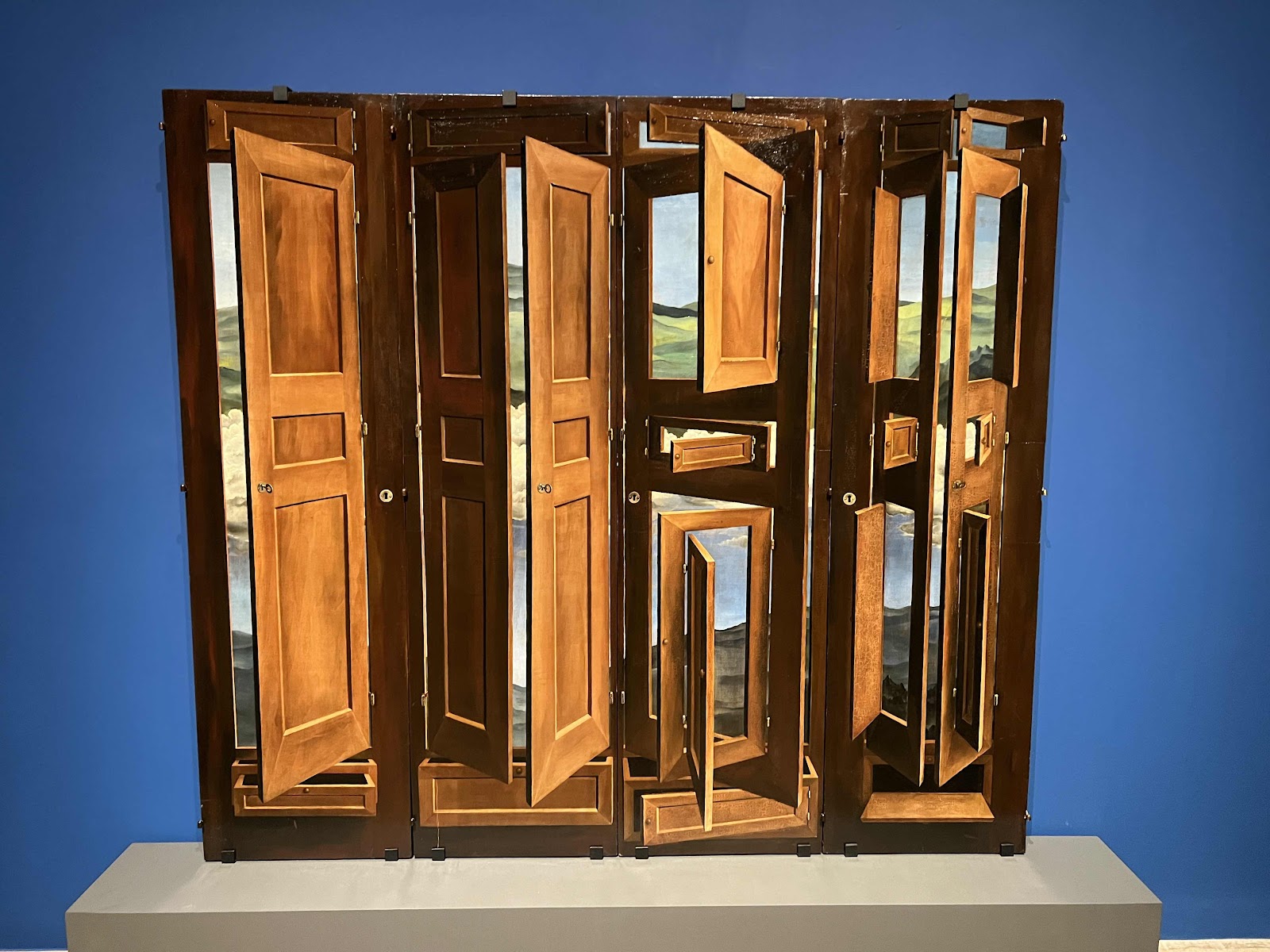 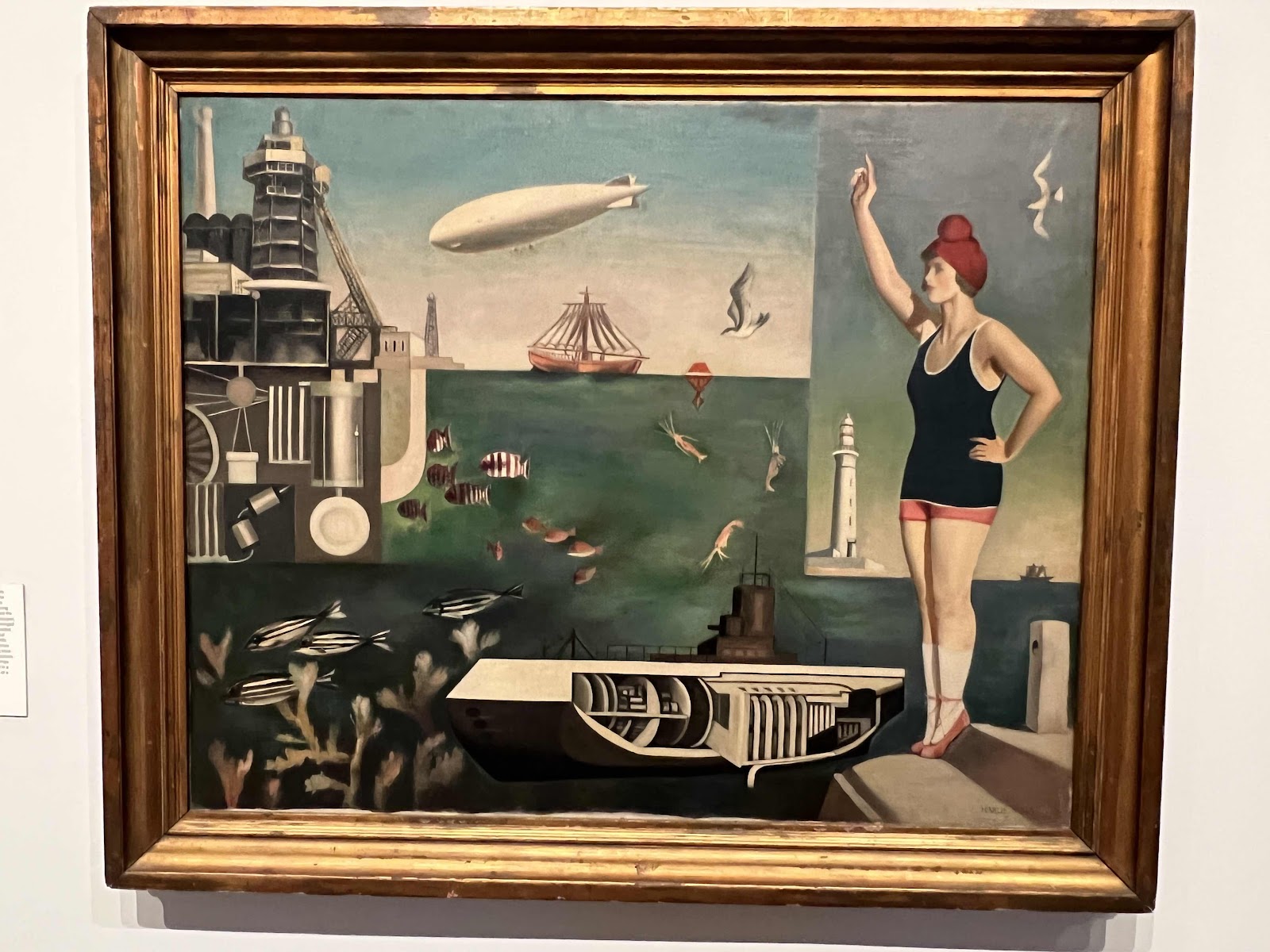 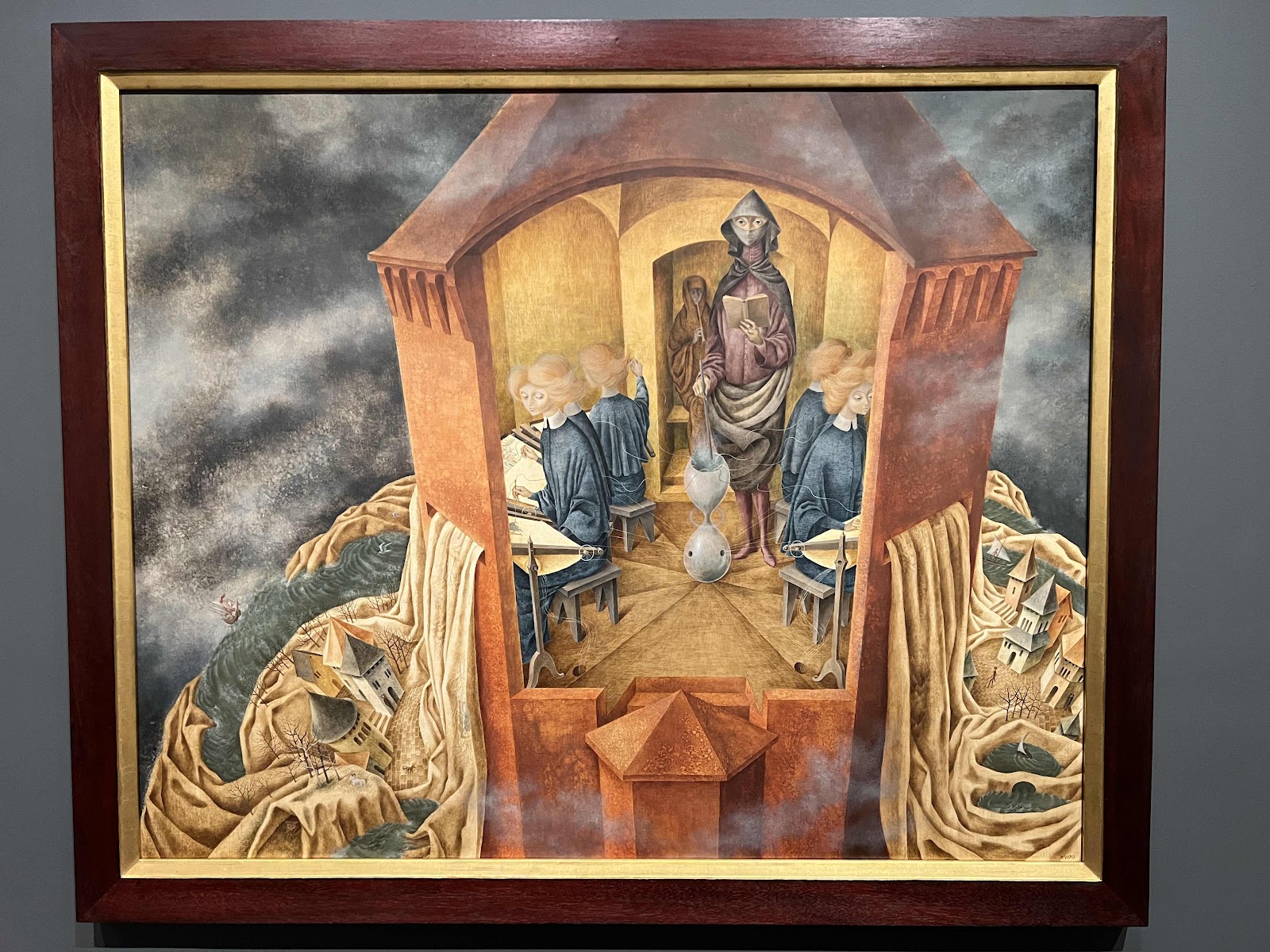 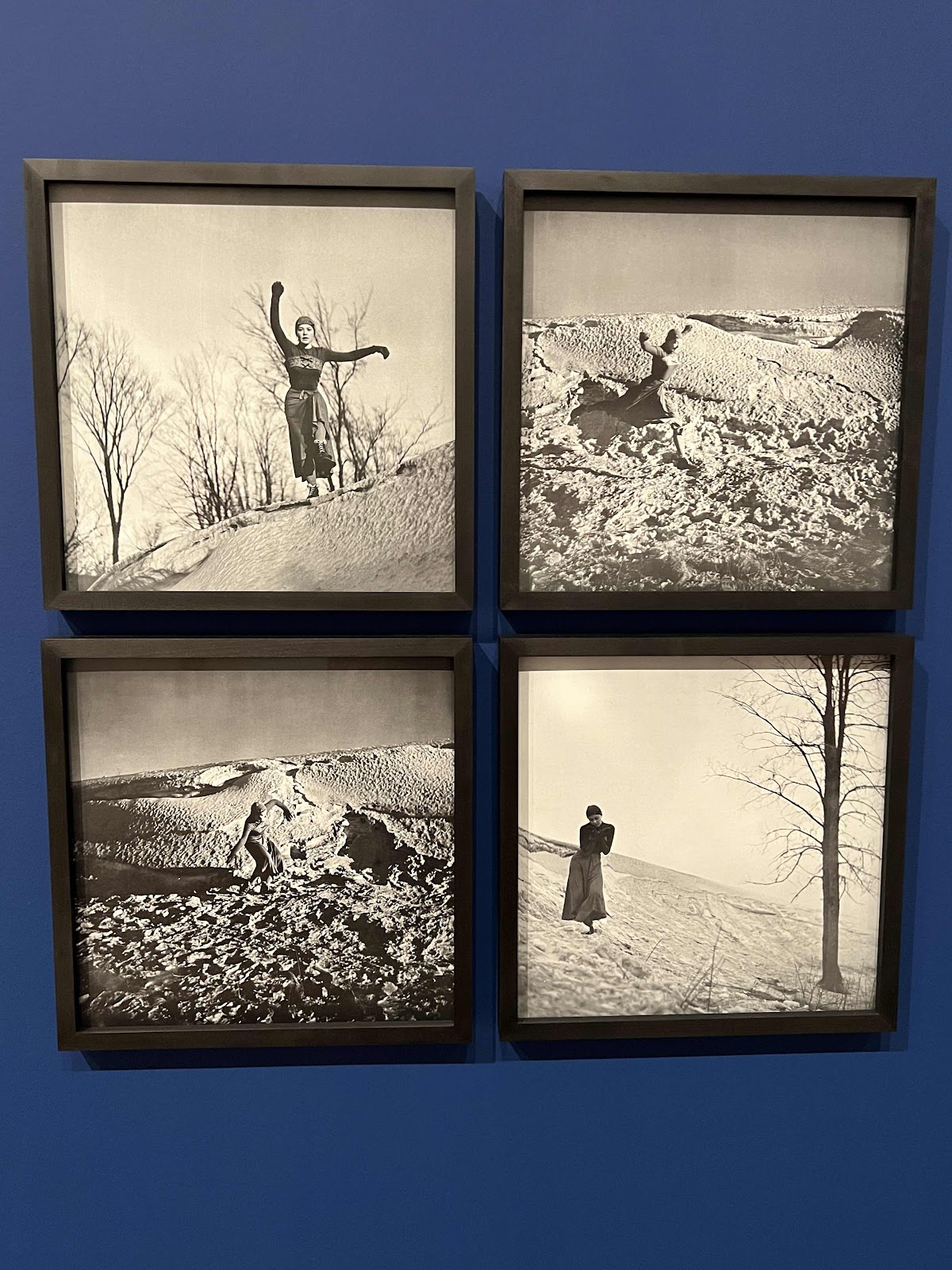 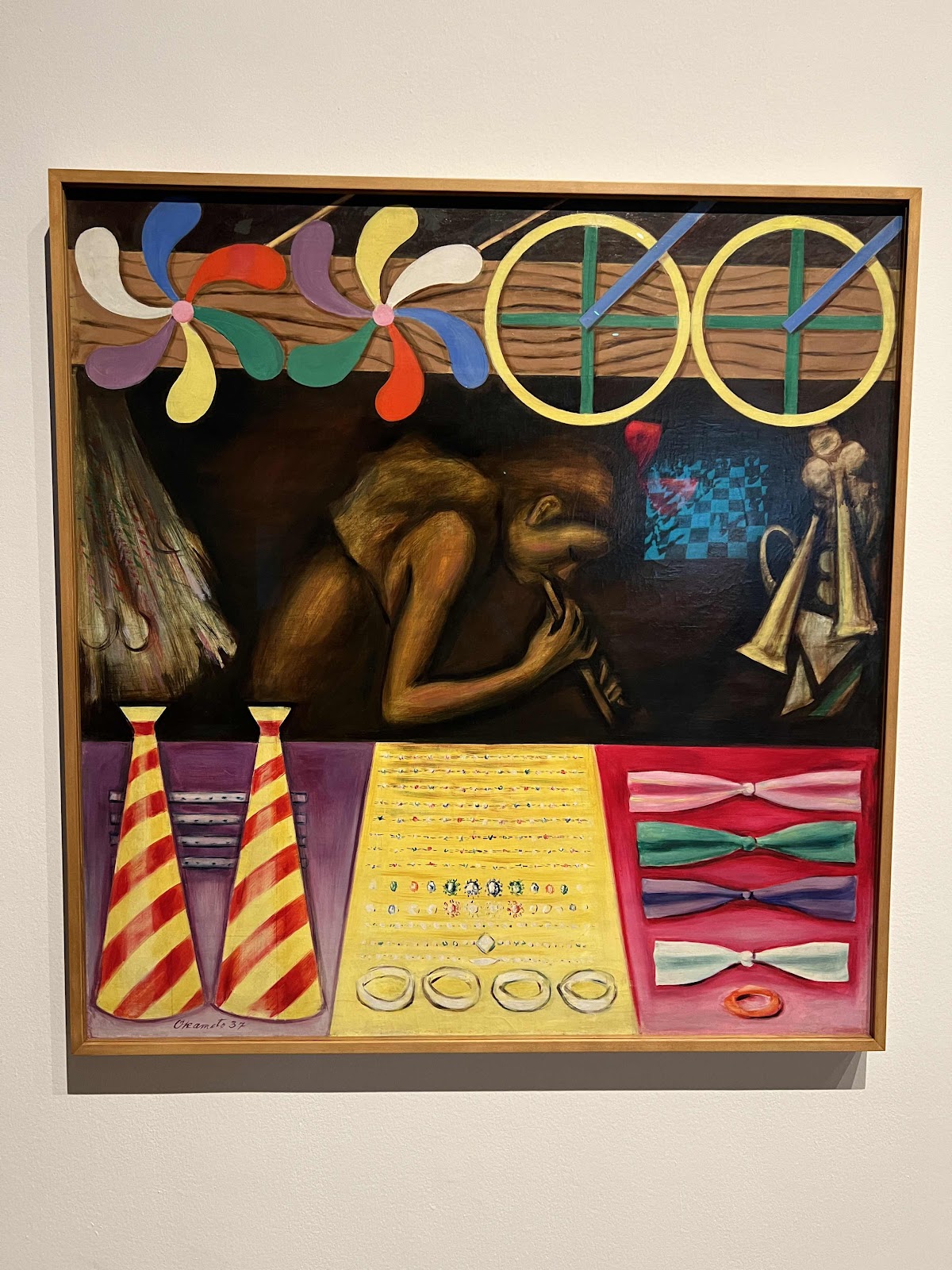 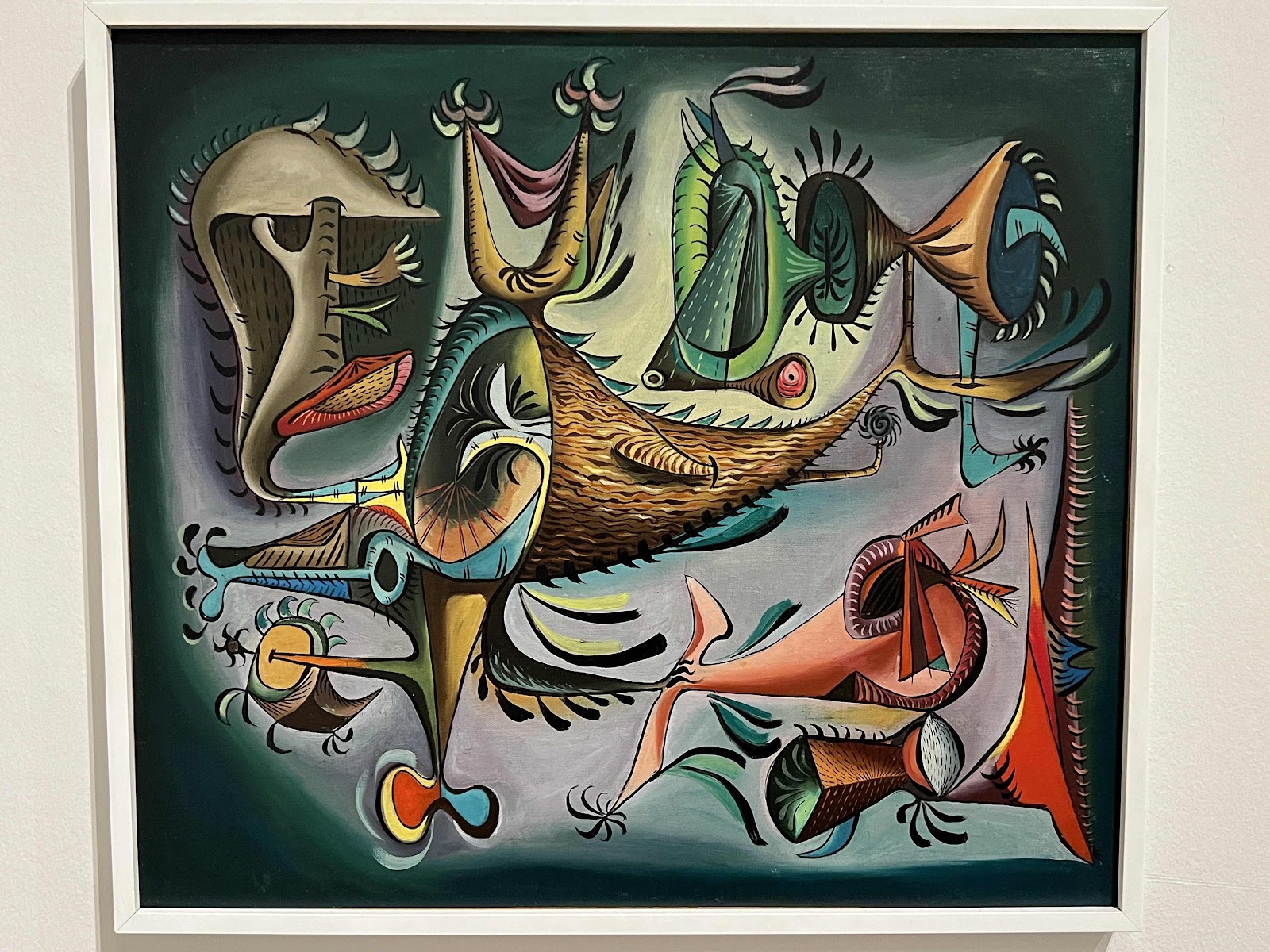 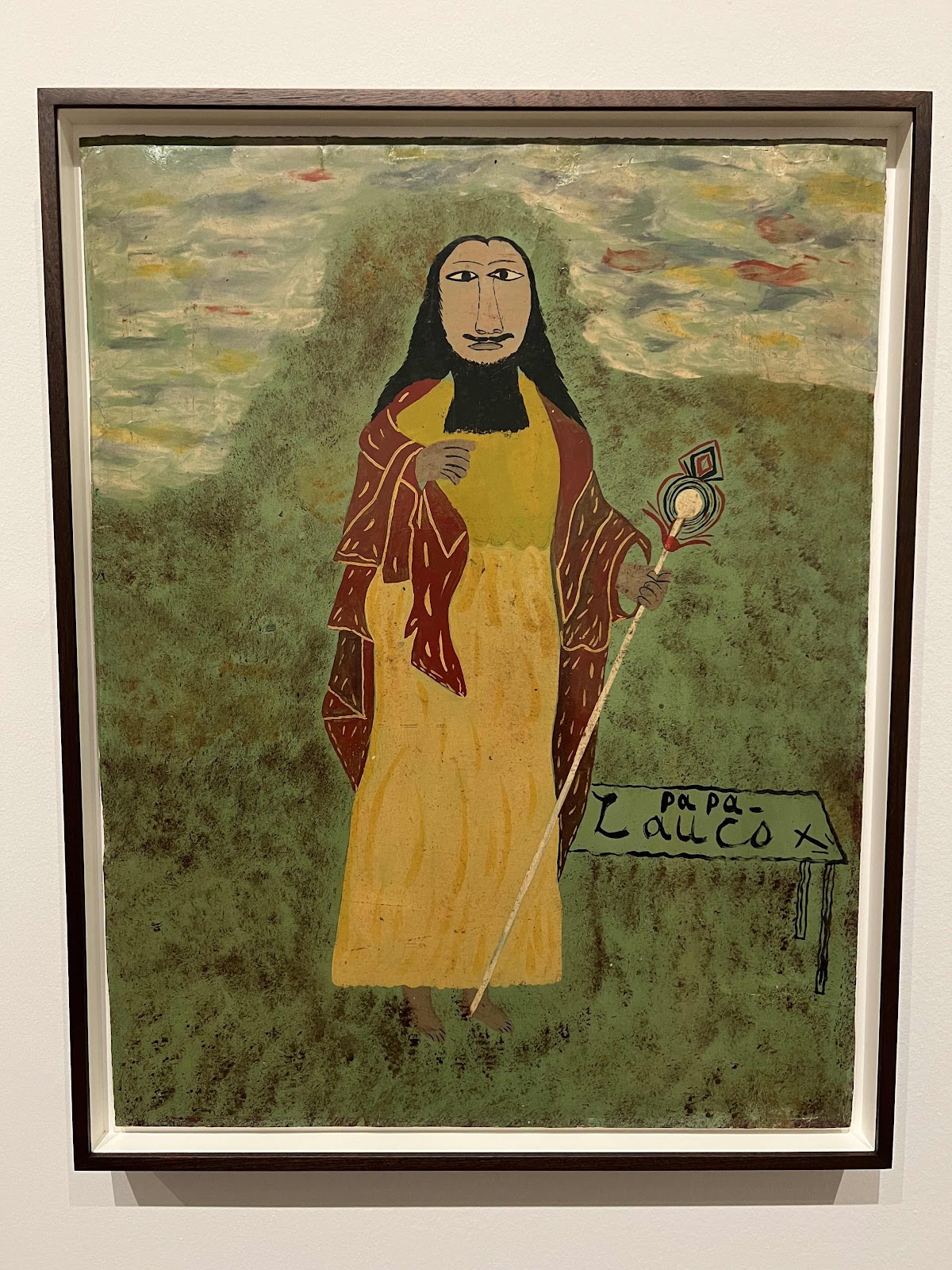 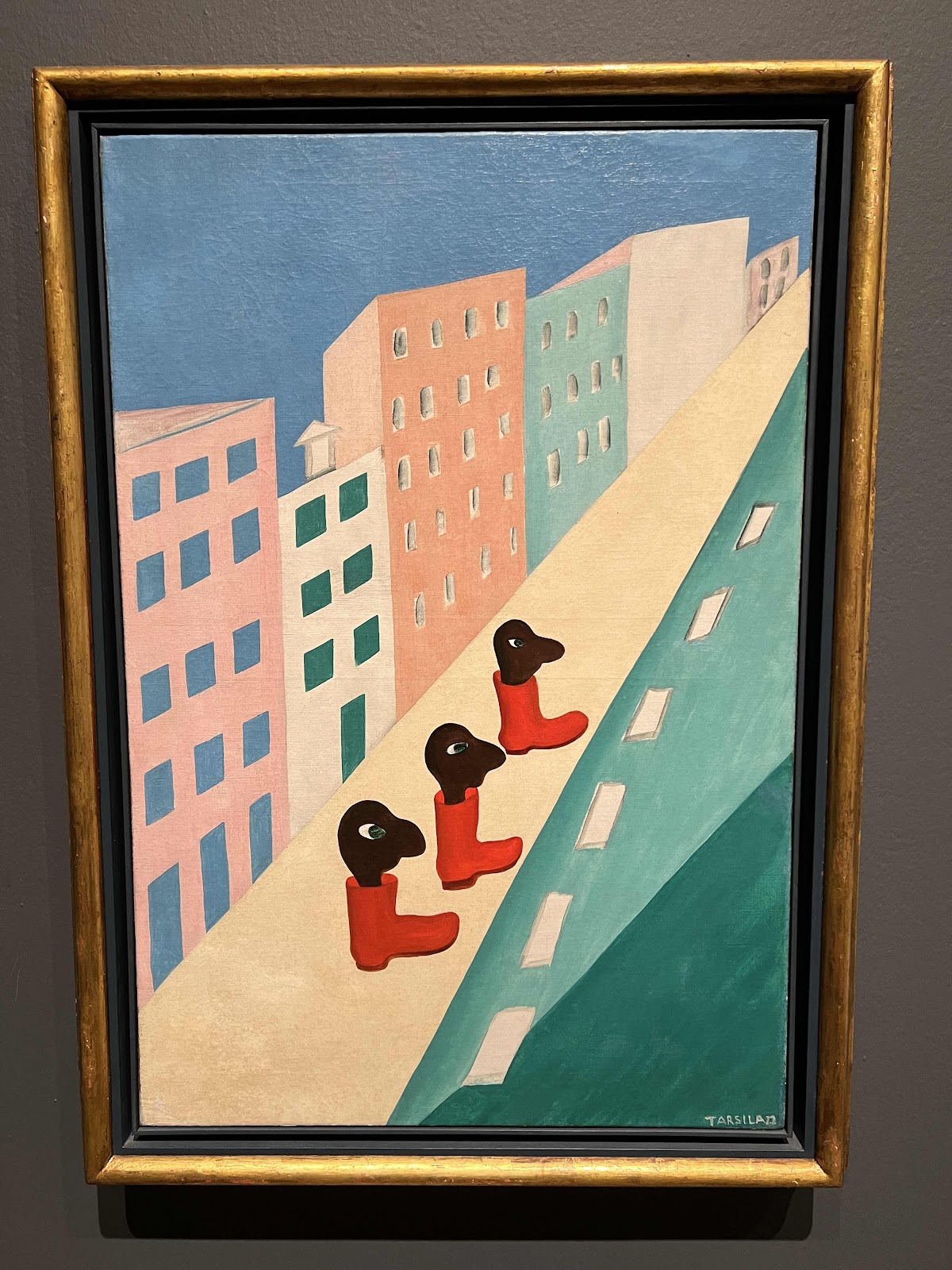 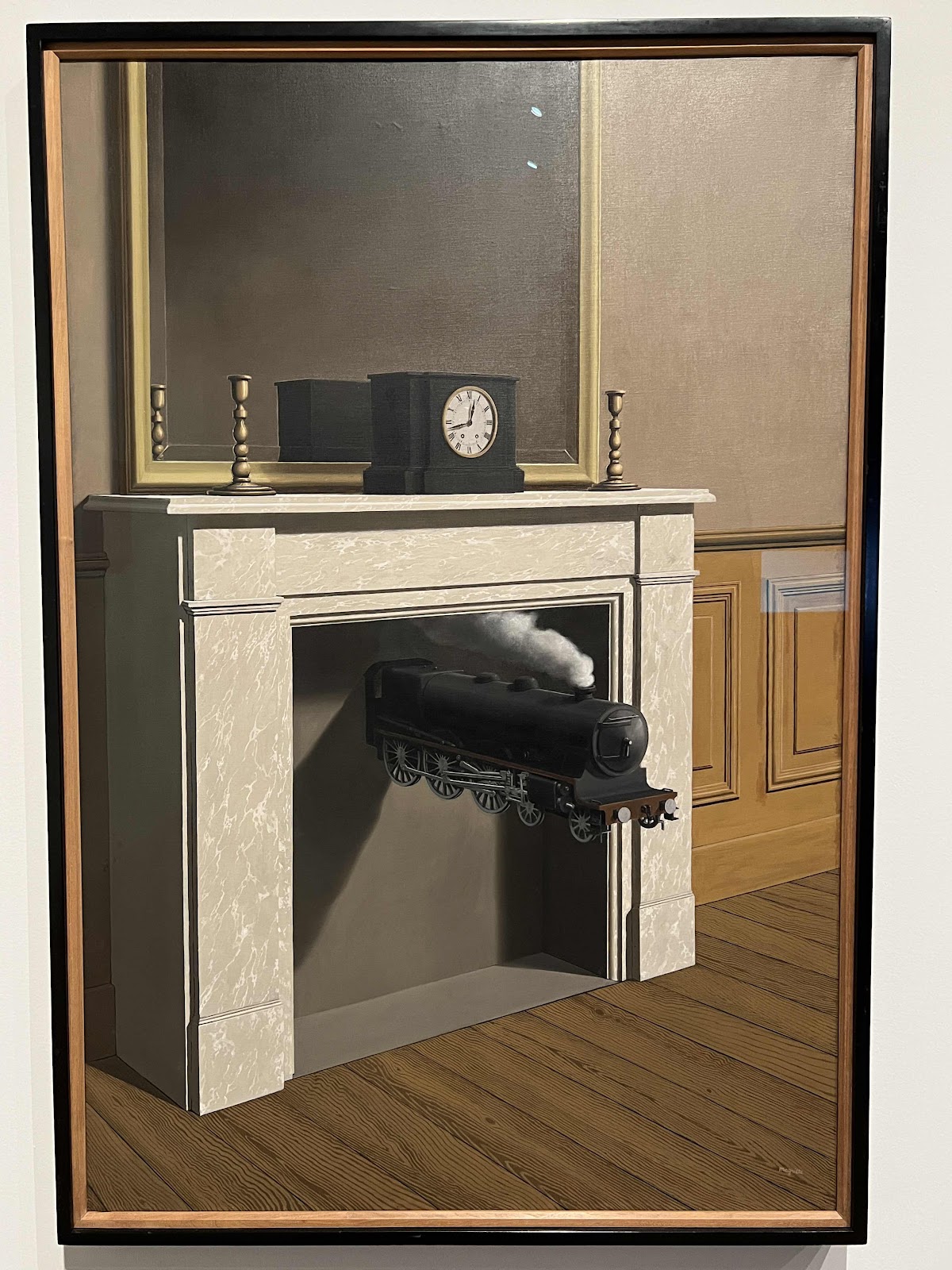 Posted by overyourhead at Wednesday, April 27, 2022