Diary Of A Somebody @ Seven Dials Playhouse... 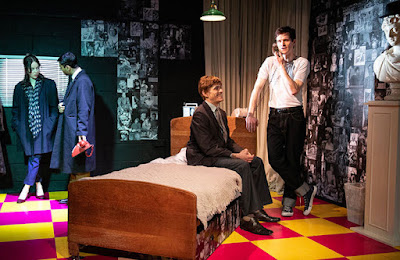 "I’ve high hopes of dying young," announces Joe Orton cheerfully. I think we know what happens to anyone who utters those words at the beginning of any play.

Last night I went to see Diary Of A Somebody at the Seven Dials Playhouse in London's glitzy West End.

The playhouse is a venue that is new to me; the story of Joe Orton's rise to fame, infamy, and demise; less so. That said both the venue and the production were a breath of fresh air if a little too exposed sitting as I was almost on the stage.

Written by US theatre critic John Lahr from Joe Orton's diaries in 1989, Diary of a Somebody explores the playwright’s relationship with his lover Kenneth Halliwell.

After having had success with subversive comedies such as Entertaining Mr Sloane and Loot, cocksure Orton's star is rising with a new work What The Butler Saw and a potential Beatles film on the horizon. Self-loathing Halliwell ain't happy - and after this play we can perhaps understand why.

We see how Orton becomes increasingly callous to Halliwell refusing to acknowledge his contribution to the former’s growing success.

Many have seen Stephen Frears’ excellent 1987 film Prick Up Your Ears, adapted by Alan Bennett from Lahr’s Orton biography of the same name. But this play is a different beast, casting new light as it does on the Orton-Halliwell relationship that is both hilarious and chilling. The diaries are both explicit and cruel. The play equally so - albeit very, very funny.

Director Nico Rao Pimparé does an excellent job in the small space as does Valentine Gigandet’s set with its tiled pink-and-yellow squares which visually highlight the Orton-Halliwell tension.

The four actors who share the 50 or so supporting roles, which include Kenneth Williams and Paul McCartney, are spot on. Big credit to Jemma Churchill, Sorcha Kennedy, Ryan Rajan Mal and Jamie Zubairi.

So a great play and a great production. The only sour note is perhaps actually the words of Orton himself. To it's credit, never played for laughs here, but for truth's sake, the play doesn't shy away from Orton's prolonged distasteful discussion in his diary about his views on women, sex with underage boys in the Middle East, and racial stereotypes. In many ways the play is a re-evaluation of Orton, not simply an unblinking dazzling homage. 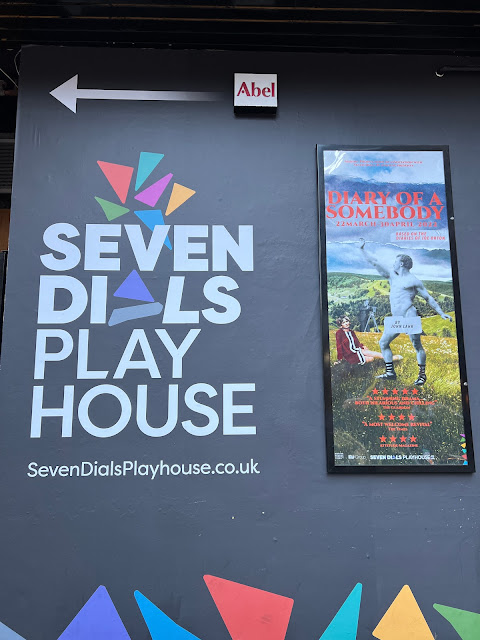