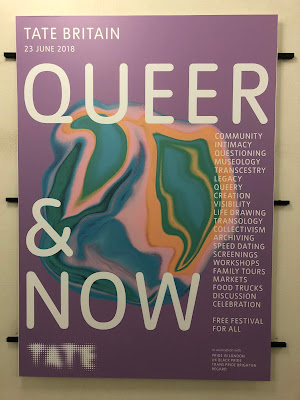 Last weekend Stuart and I met my college friend Sarah, her daughter Zoe and her friend to attend the annual LGBT+ take-over of the Tate Britain in London's glitzy Milbank. 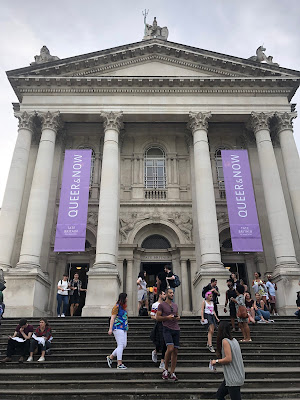 We were almost at a loss of which to choose there were so many queer things on offer. We ended up spending 6 hours there - barely enough time to take it all in.

A particular highlight was the queer guided tour of the All Too Human exhibition. I'd seen the show before but having the exhibition's co-curator (and lesbian) as our tour guide really helped bring out the stories behind the works of art by Lucian Freud, Francis Bacon and rarely seen work from their contemporaries including Walter Sickert, Frank Auerbach and Paula Rego.

A great queer day out.
Posted by overyourhead at Monday, July 02, 2018