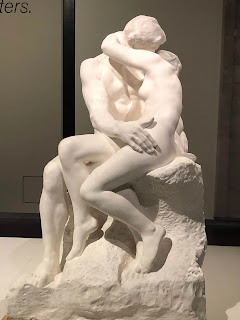 Yesterday was Paul's birthday and he treated Stuart and me to a trip to see the Rodin exhibition at the British Museum just off London's glitzy Russell Square.

Rodin made some of the best-loved sculptures in the world - and with it being the last day of the show - the place was packed!

In 1881, having studied the treasures of the Parthenon from literature and fragments, Rodin visited the British Museum for the first time. He was at the height of his powers, had just been commissioned to create the monumental Gates of Hell, and what he saw had a lasting and profound effect on him. He returned repeatedly and would freely concede how much these extraordinarily sculptures and reliefs from 400BC influenced his own work. "... the sculptures of Ancient Greece ... remain my masters." 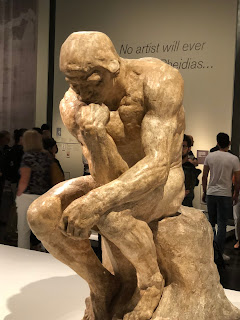 With much on loan from the Musée Rodin in Paris there were certainly some of his big hitters on display - starting with The Kiss - perhaps his most famous work?

The show was wondrously fluid and instinctive. Rodin did not recreate copies of the figures that inspired him but inspire him they manifestly, and gloriously, did. Grouped by subject matter 'Rodin's Parthenon', 'Fragments' and then thematically 'Emotion', 'Motion', these extraordinary creations of stone made flesh seem to spark off each other. From The Thinker to a plaster cast of Rodin's tortured left hand, an ancient horse head to a grimacing Centaur, a stunningly lovely Icarus' sister, an exquisite Greek foot, this is a show about life in physical form.

It is not big exhibition, one long single room with natural light at one end glancing off the bronze of the tortured agony of the Burghers of Calais, but it is breathtaking. 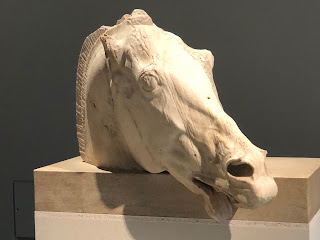 Sculpture is that most accessible of art forms and, if yesterday was any guide, was patently being enjoyed by young and old alike.

After the exhibition Simon joined us and we had some lunch at Bocca Di Lupo followed by a swifty at the Kings Arms. 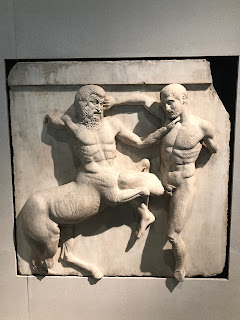 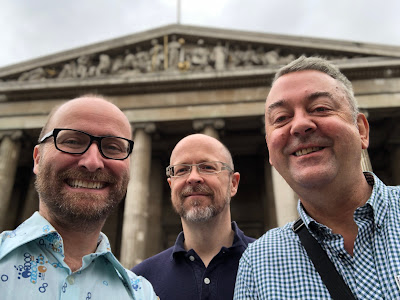