Harry Potter and the Cursed Child - Part One... 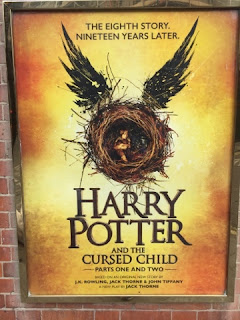 Last night Stuart and I went to see Harry Potter and the Cursed Child Part One at the Palace Theatre in London's glitzy West End.

The new play is in two parts - we are seeing the second part tonight.

I'll not give the plot away (#keepthesecrets and all that) other than to say that the action takes place 19 years after the final book ends picking up on the Kings Cross train platform as an adult and married Harry Potter and Ginny are waving goodbye to two of their children - Lily still has a year to go but James and Albus are off to Hogwarts. Only Albus isn't a happy bunny. He has his father's reputation to live up to...

There then follows 2 hours and 50 minutes of pure magic. The set, the action, the special effects, the theatrics, the wit, the flair are all there in spades. J K Rowling and Jack Horne have pulled it off.

It is a story of fatherhood, family, fear, redemption and broomsticks. It is compelling and gripping revisiting many of the characters made famous by the Harry Potter books and films.

I laughed (a lot), I cried (a bit), I was left open-mouthed (often) and at one point I shrieked (the shocks come thick and fast and many from left-field).

Part One ends of a cliff-hanger. Can't wait until tonight! 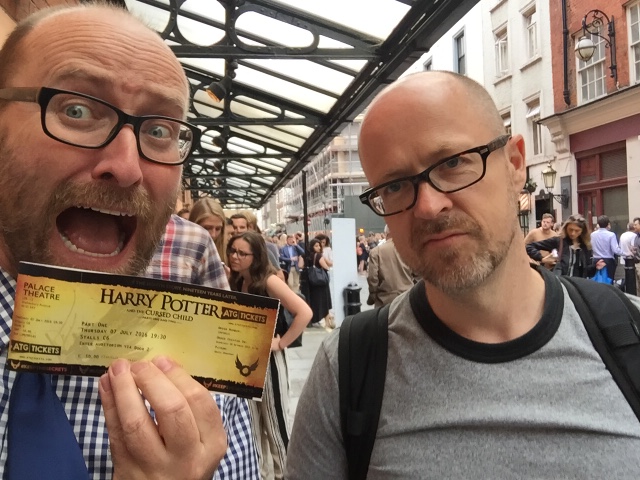 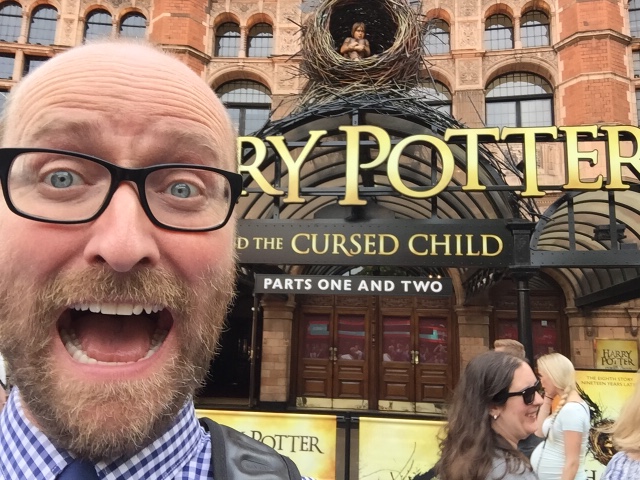