Me and bunch of other Gay Gooners piled along to Stamford Bridge last night to watch the trophy-hunters Arsenal take on the trophy-buyers Chelsea in the first leg of the Carabao Cup semi-final.

It was a rather frustrating watch to be honest: loads of missed chances, poor man-to-man link-up, very little contact, and half of them should have been pulled off at the break -  but that's enough talk about Steve's love life - the football match wasn't much better either!

A goalless stalemate on a wet windy Wednesday night in January isn't anyone's idea of a top night out but we made the best of it: cheered on the team, talked tactics, sang songs, teased the blues, and drank copious amounts of ale.

Here's to the return leg in two weeks’ time when we'll be back on home soil and hopefully we can pull something big out of the bag. As Steve might say. 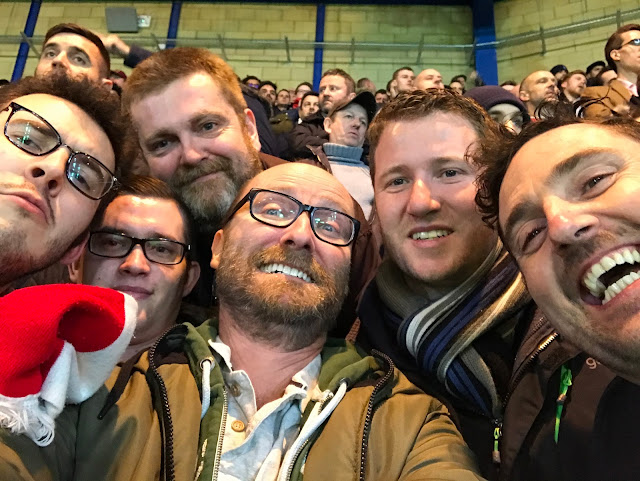 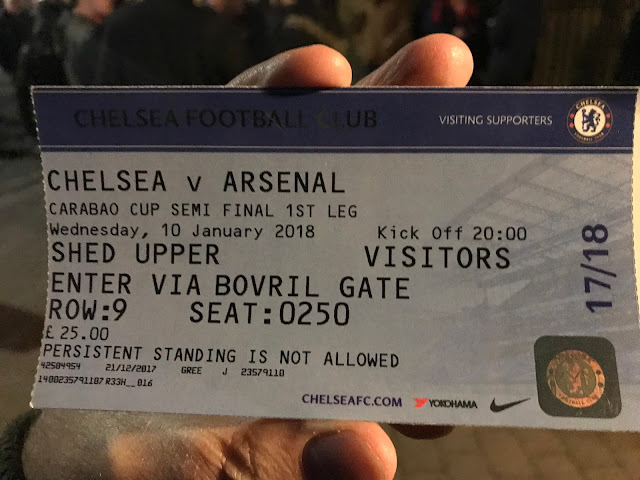 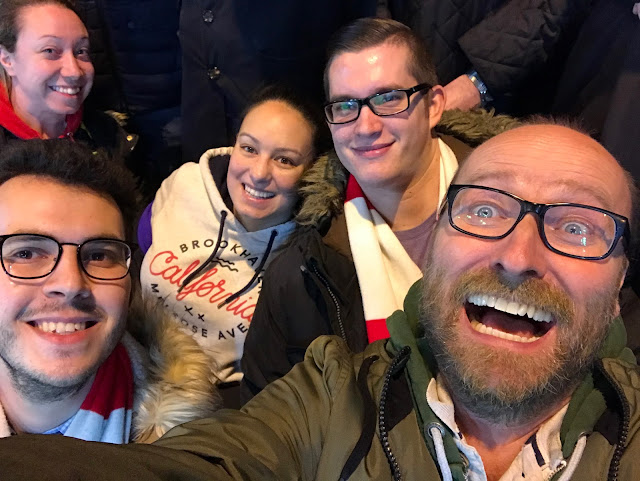 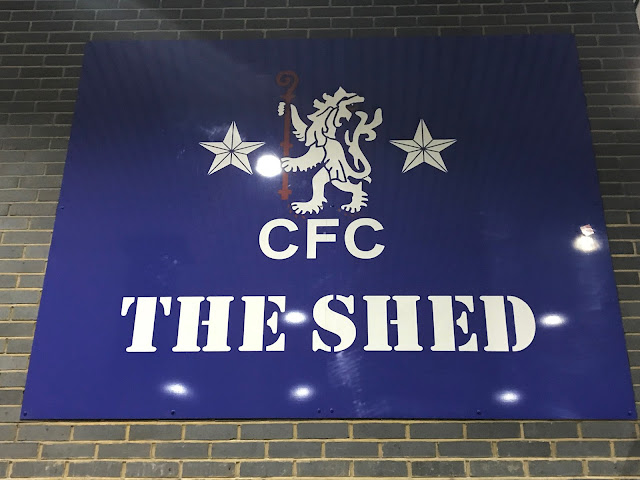 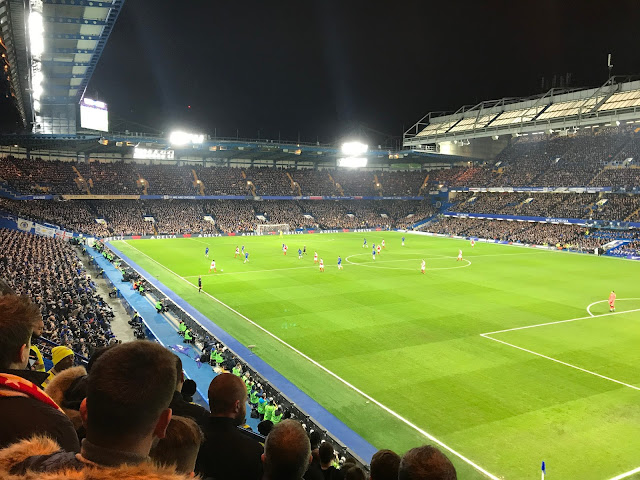 Posted by overyourhead at Thursday, January 11, 2018