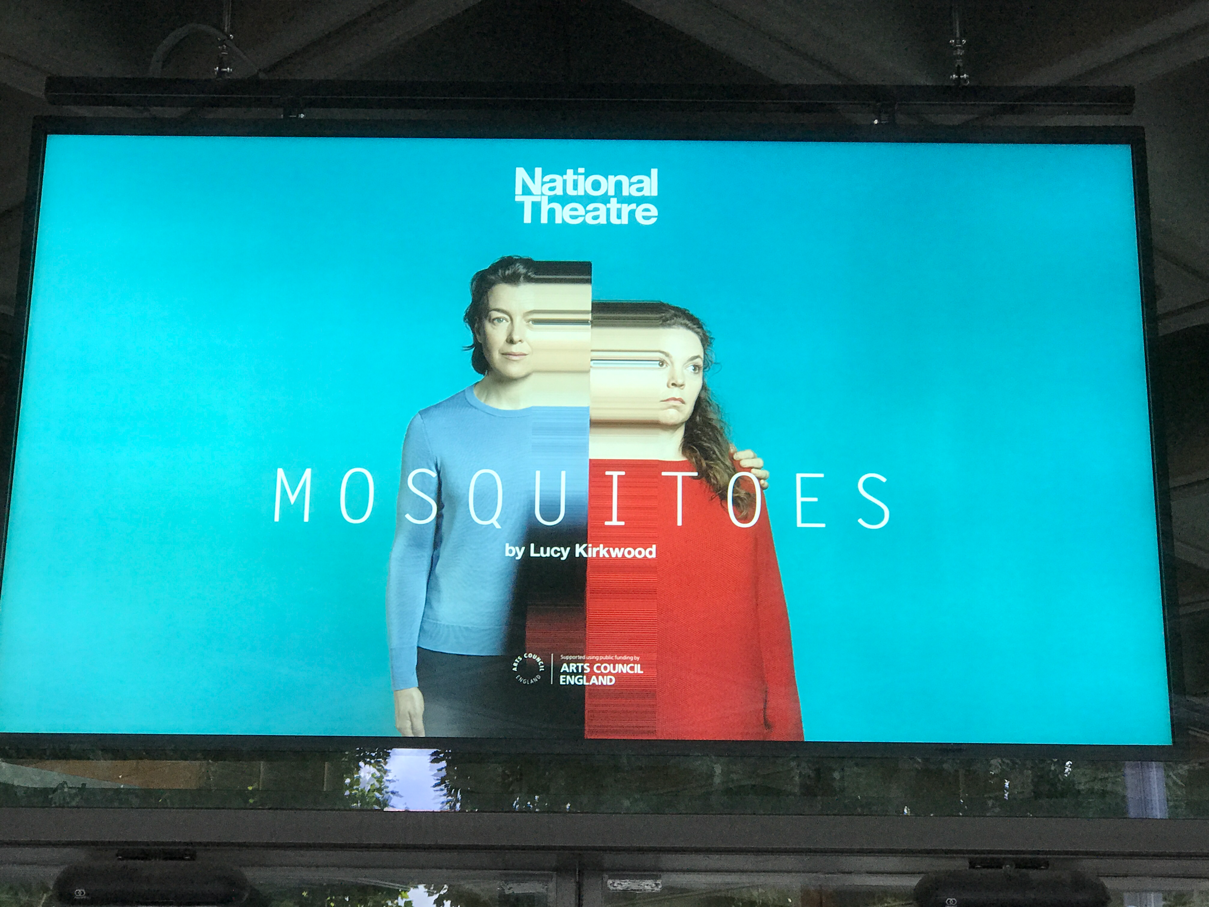 Wow! What a play! Written by Lucy Kirkwood and starring Olivia Colman and Olivia Williams as dysfunctional sisters the play is simply a masterpiece. Ambitious but... no "and"... a masterpiece.

Presented in the round with an acrobatic floating circular set the sound and light was as top notch as you might expect from designer Katrina Lindsay, lighting designer Paule Constable, sound designer Paul Arditti and of course masterful director Rufus Norris.

The play is funny, heart-breaking, and a wonder.

My only quibble would be that in the last 15 minutes there is a slightly over-long scene about the multiverse with an rather too obvious punchline and the sisters' resolution scene is a little rushed.  But that said, it's a wonder.

It is a sold out show but I'm sure it will transfer to the West End and beyond.