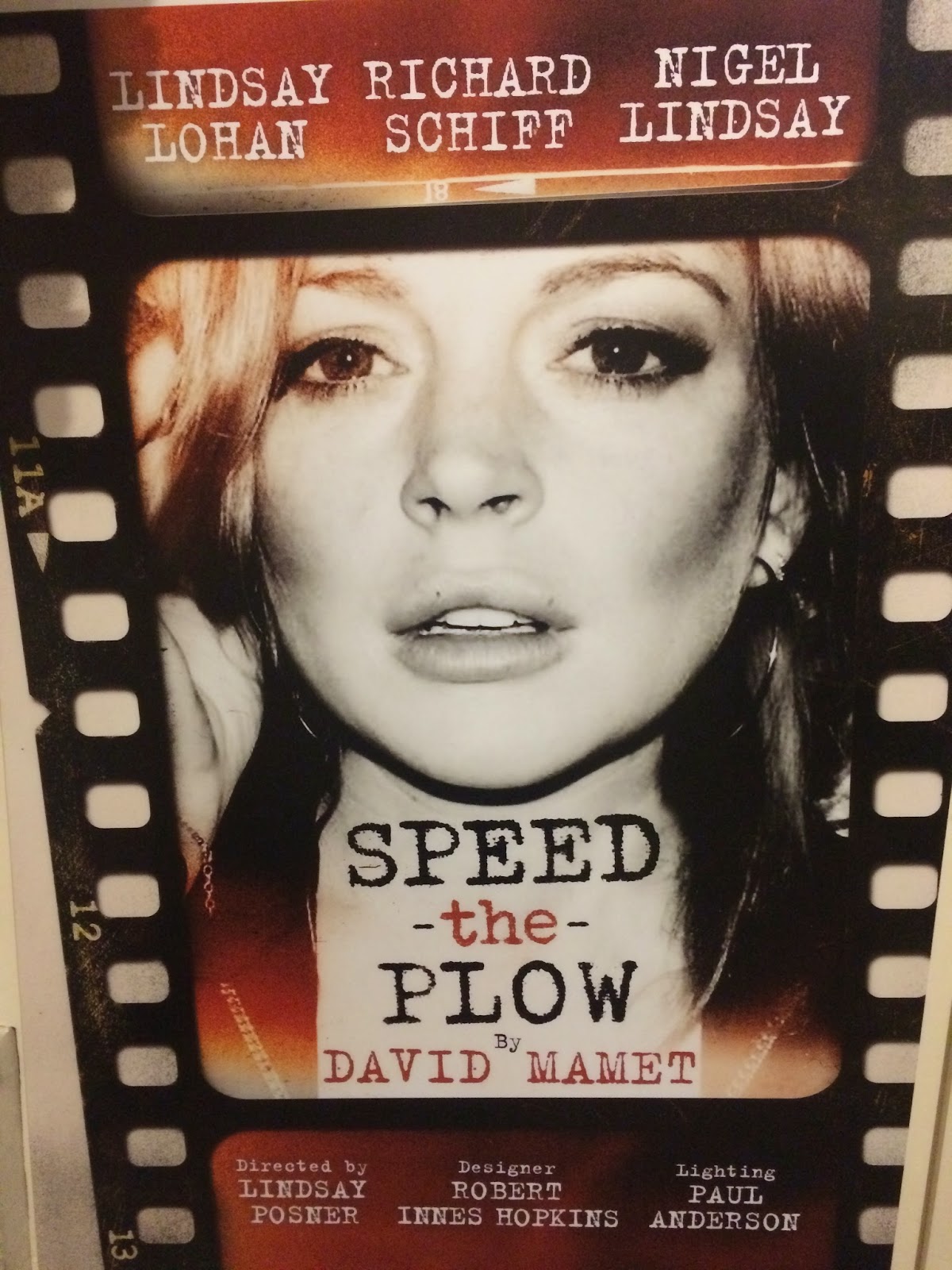 Last night Stuart and I went to see David Mamet's Speed The Plow at the Playhouse Theatre in London's glitzy West End.

Starring Lindsay Lohan, Richard Schiff and Nigel Lindsay the play tells the story of two film studio executives whose plans for pitching a sure-fire winner of a low-brow prison movie get derailed by a seemingly dim-witted temporary secretary. But are things all they appear to be?

The play is rather old hat in its critique of the movie business to be honest and frankly mercifully short - three acts and two intervals only just scrape us through 90 minutes running time. The two male leads are very good as the fast-talking low-life producers and will no doubt hit their stride as the run progresses. Ms Lohan however is sadly not much cop. To be fair to her the odd moment where she seemed to forget her lines were probably just dramatic pauses. But with acting so wooden a wardrobe could have understudied her - how were we to tell? There was precious little drama in her mumbled lines.

She will no doubt also improve somewhat as she gains confidence in the coming weeks but at just under £90 a ticket we were frankly expecting more - even in previews.

There may indeed be a vehicle out there for LiLo to make her comeback into the acting game - but this wasn't it.

Posted by overyourhead at Friday, September 26, 2014