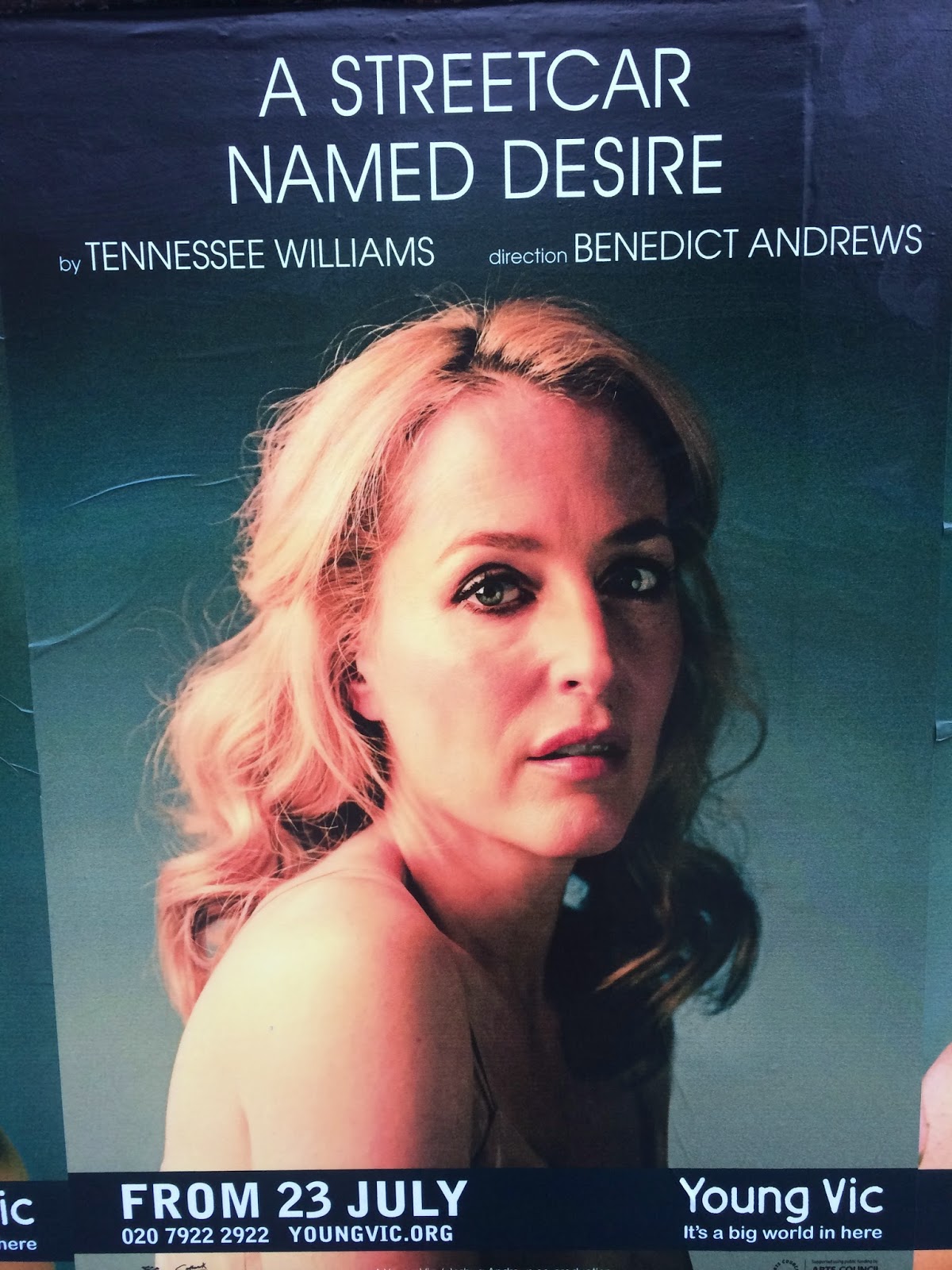 Under Benedict Andrews' direction this was a first class revival with a revolving set and an outstanding performance by all the cast. We loved it.

Set in modern times we were somewhat concerned that the play might perhaps lose some of it's old world charm. Blanche DuBois is after all a woman from an earlier age. However we needn't have worried. Once the action got into its stride, particularly in the second half, Blanche's descent into madness played out just as strongly as we had hoped.

Ben Foster was intriguing yet perhaps not quite brutish enough as Stanley while Vanessa Kirby was suitably coquettish as much put upon Stella. The play however belonged to Gillian Anderson.

Anderson use of the spinning claustrophobic stage - ironically all open and exposed to the audience - first wound and then unwound much as her fantasies did. It was a downward spiral in many senses. Her masterful performance gradually racketed up the tension to an explosive finale of raw emotion.

Posted by overyourhead at Monday, September 15, 2014