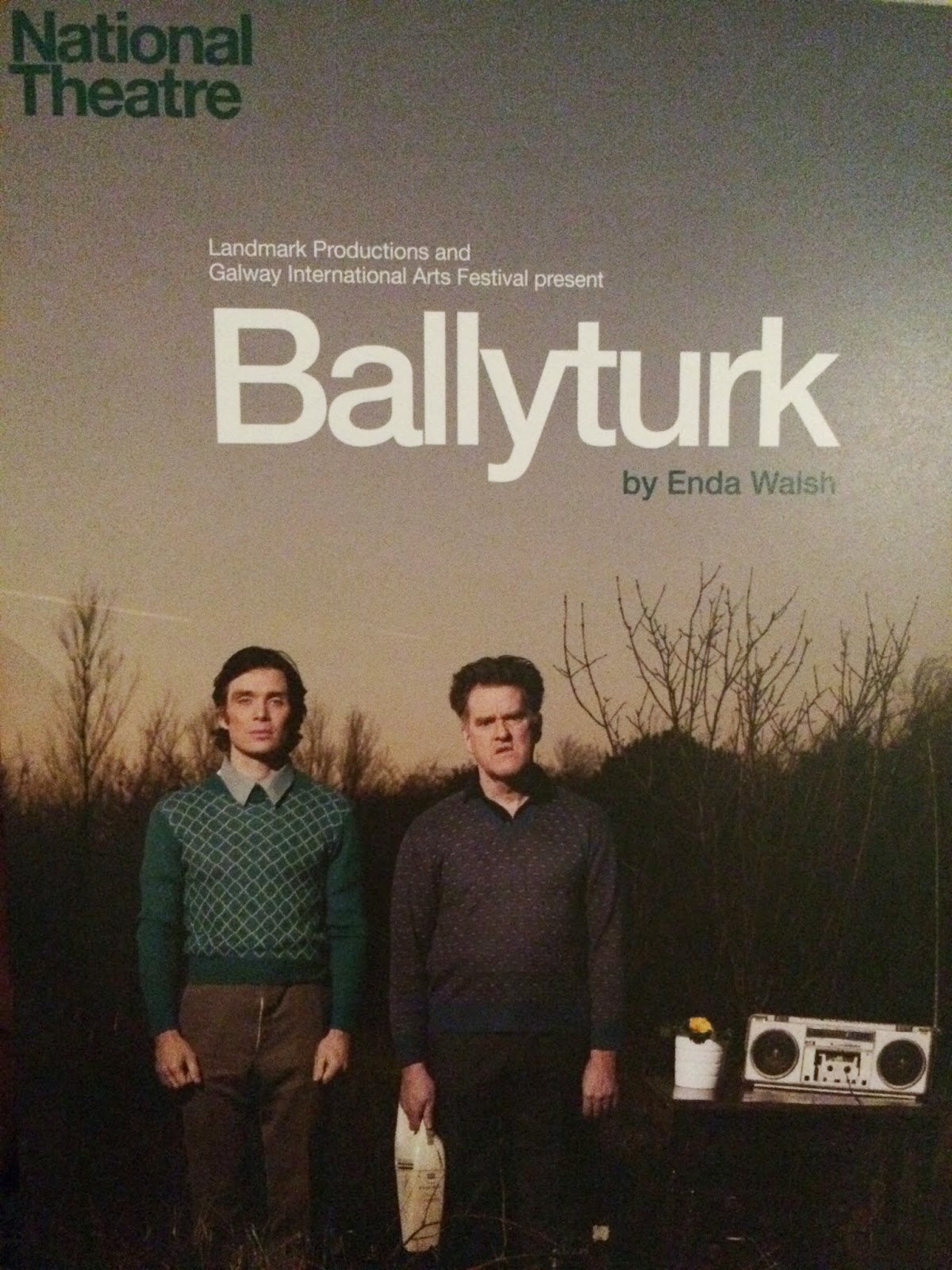 Last Friday night Stuart and I went to see Ballyturk at the Lyttelton Theatre on London's glitzy South Bank.

Written by Enda Walsh and starring Cillian Murphy, Stephen Rea and Mikel Murphy the play is a bit of a weird one. It was like Harold Pinter's The Dumb Waiter or Samuel Beckett's Waiting for Godot where Godot actually turns up. In this scenario while they wait two unnamed men dance, prance and chaotically run about to 1980s pop songs and act out bizarre comedic routines.

In the second half of the piece things take a more philosophical (and frankly more boring) turn. The characters muse about life but not much else.

Overall it was a brave and interesting piece - funny in parts but ultimately frustrating to watch and told us little. You can see why actors might like to be in it (they get to play all the emotions from A to Z). You can also see why critics might like it too as it plays with the form of theatre itself and gives them good copy.

But ultimately as a member of the audience we were all left a bit baffled.