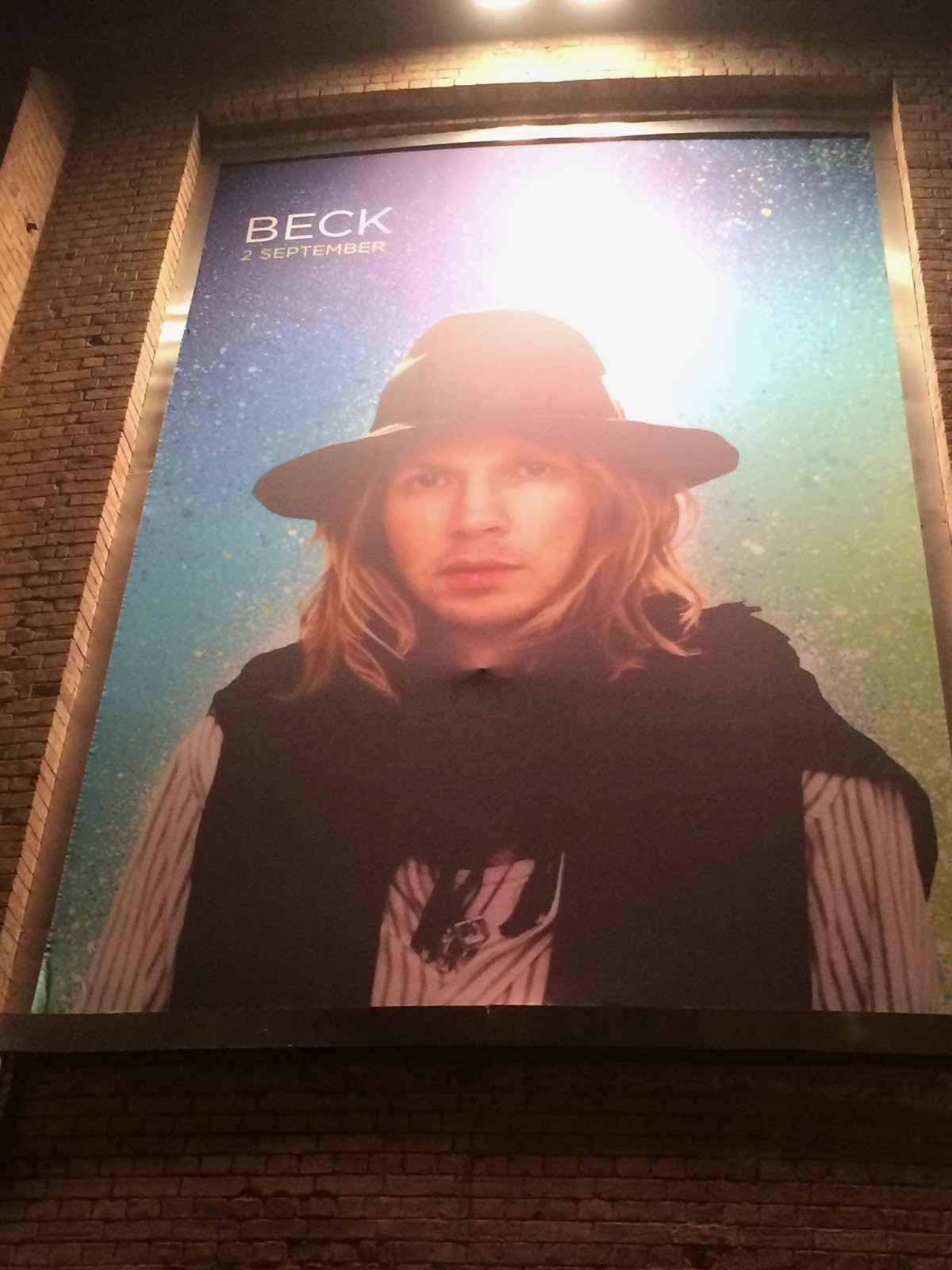 Last night Mark and I went to see American musician, singer-songwriter, and multi-instrumentalist Beck perform at the Roundhouse in London's slightly down at heel and anything-but glitzy Chalk Farm.

Performing as part of the iTunes Festival and decked in his trademark hat and jacket Beck treated us to a quite a few sing-a-longs including Loser, Black Tambourine and Devil’s Haircut. It was a great show.

The first half of the set was a high energy performance with Beck throwing himself around the stage like a loon playing many of his hits. The highlight of this section for me though was the triumphant cover of Donna Summer's I Feel Love.

The a second half started off a tad more sedate as the slim one began to promote his recent folk-tinged album Morning Phase. As the finale drew close though the tempo picked up again and we were all dancing around with our arms in the air like we just didn't care to Sexx Laws and Where It's At.

The full set-list was:-
Devil's Haircut
Black Tambourine
Loser
Novacane
One Foot in the Grave
Hell Yes
The New Pollution
Think I'm in Love / I Feel Love (Donna Summer cover)
Blue Moon
Lost Cause
Heart Is a Drum
Wave
Girl
E-Pro
Sexx Laws
Debra
Where It's At (with band introduction and snippets of:- The Beatles - Strawberry Fields, The Rolling Stones - Miss You, Rod Stewart - Do Ya Think I'm Sexy? etc.)

As a support act we were also treated to Jenny Lewis, former frontwoman of cult indie-rock band Rilo Kiley. Lewis released her third solo album The Voyager in July this year, although we had a few Rilo Kiley tracks thrown in for good measure. It was typical West Coast rock - everyone wore white and there was more shouting than singing. Meh.

Posted by overyourhead at Wednesday, September 03, 2014