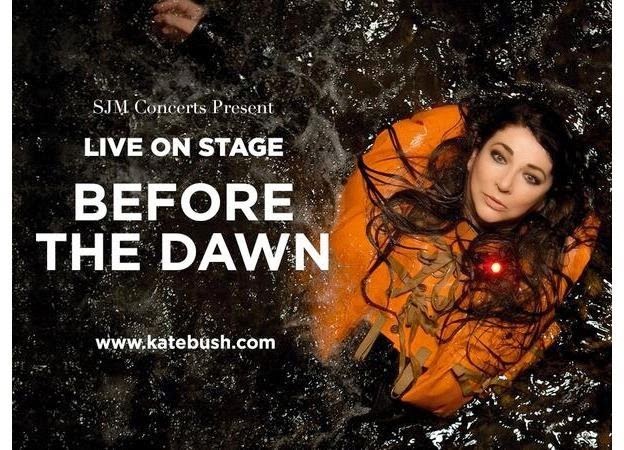 My spoiler-free review: It was brilliant.

My SPOILER-ladened (largely uncritical) gushing review is below: read on if you don't mind ***SPOILERS*** aplenty.

It all started with a question back in Spring 2013. "Shall we do some live shows, Bertie?" Thank goodness Kate Bush's son answered with a resounding "Yes!"

And 18 months later here we are at the Hammersmith Odeon (now Eventim Apollo) watching that most intriguing and enigmatic of creatures Mother Bush perform for us. Yes, she is really here. Wow!

"What's this? None of her big hits? Nothing from her first four albums!" some of the headlines have screamed. Oh do shut up. This isn't some greatest hits show. Kate Bush is an artist. And a great one at that. And artists like Kate aren't like normal craftsman. A craftsman might happily make the same piece of pottery again and again to sell. A true artist paints a picture just once. (OK, Leonardo Da Vinci needed the money, OK?) But you get my point. Kate Bush wasn't put on this earth to churn out hits. She's not a bloody jukebox you know. This is her creative vision. Her show. It floats her boat. Or not, as we were to discover. You see Before The Dawn had been teasing us with an image of Ms Bush floating in the sea in a lifejacket. And we were soon to find out why. 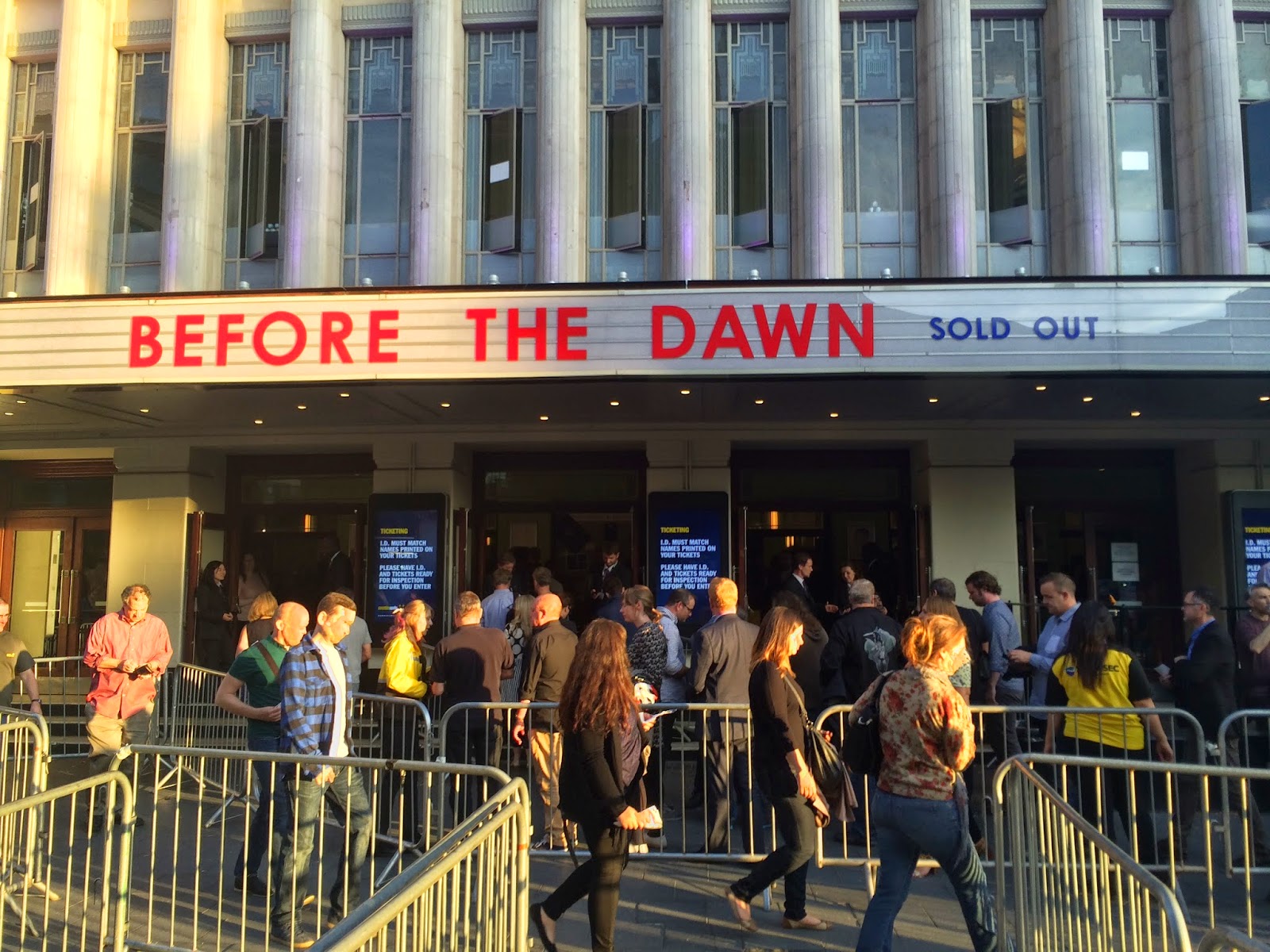 The show started with Kate parading barefoot onto the stage with her musicians and backing vocalists following on behind. Wild applause and standing ovation. Which continued all night and after almost every song.

Kate was dressed in what looked like a black knitted shawl with black dangly material hanging from each arm and swept back hair. She looked great for a 56 years old. A real pagan mother. All eyes were on her. All night.

Then the six-song gig portion of the night started. She just opened her mouth and sang. And she sounded great. That's a relief. Kate was in fine voice.

I say 'relief' because let's face it it's a challenge to manage expectations after 35 years waiting to hear Kate sing live. Had her voice survived the years? Might it be cracked, gravely and broken? Well no, it wasn't. Just richer. With more depth. A chocolate smile of a voice that floated and danced as it ever did. Thank feck for that!

The first song Lily was a thunderous start to the show but when the first notes of the second song Hounds of Love started the roar that greeted Kate seemed to surprise even her. By the end I was weeping uncontrollably. I was here! Listening to Kate Bush! Singing Hounds of Love! Live! And it was magical! 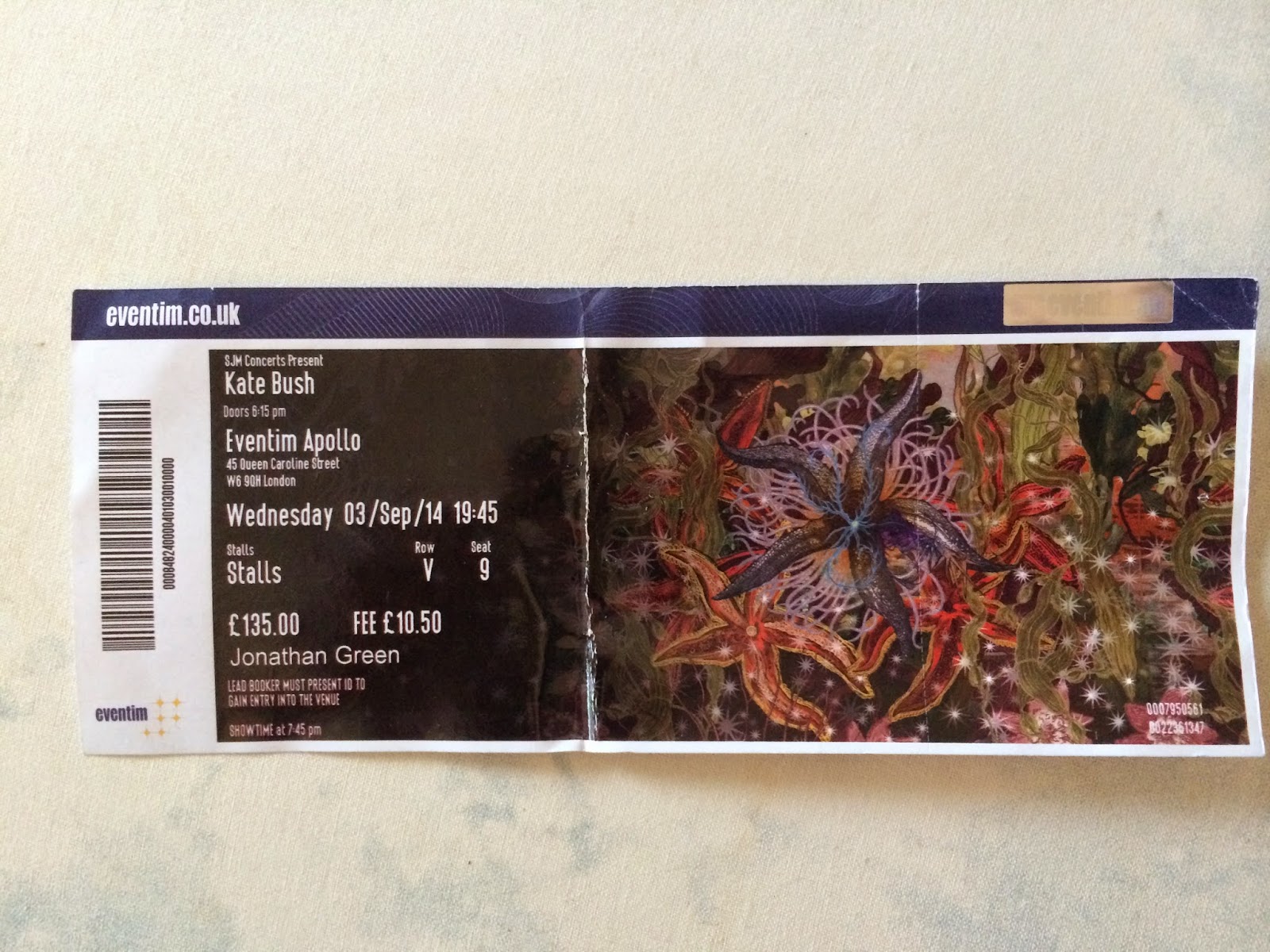 The next two songs were Joanni and Top of the City both which showed off why Kate has lost none of her skill as a writer and as a performer. Both album tracks but good enough to be singles in their own right.

The final two songs from this first section were Running Up That Hill (the place went bat-crazy at the first drum beat) and King of the Mountain (genuinely hypnotically performed note perfect to the recorded version.) Little did we know that the lyrics at the end of this song were to lead into the next portion of the show. "The wind it blows. The wind it blows the door closed."

Here the gig ended and the theatrics began.

Kate Bush has always loved progressive rock and it's alliance to all things English, mythic, dreamlike and pastoral. And The Ninth Wave delivers on these themes in a dark and claustrophobic way.

First yellow tissue paper confetti was blasted into the auditorium with words from Tennyson's poem The Coming of Arthur written on each piece in his handwriting style.

"Wave after wave, each mightier than the last,
Till last, a ninth one, gathering half the deep
And full of voices, slowly rose and plunged
Roaring, and all the wave was in a flame:
And down the wave and in the flame was borne." 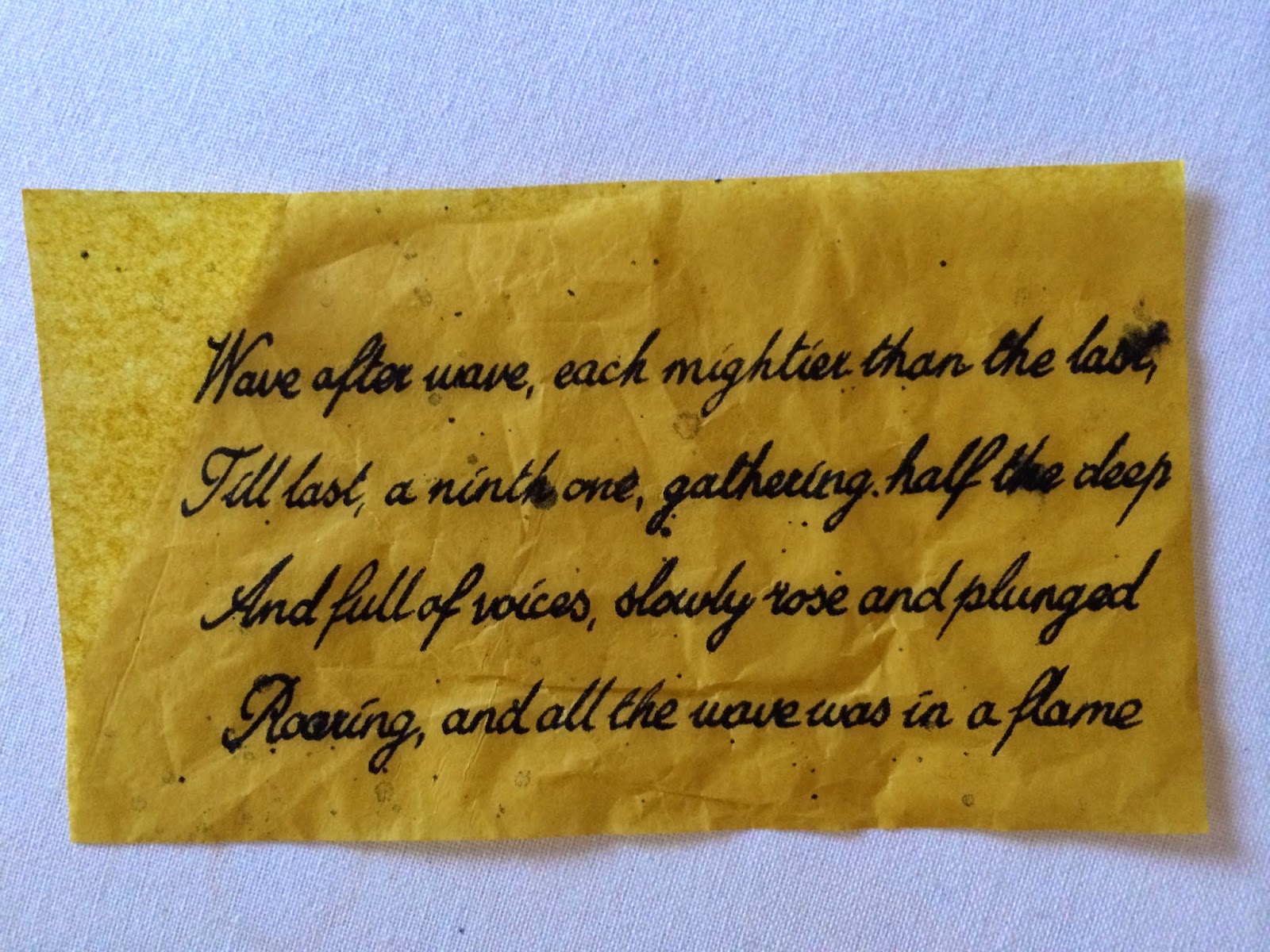 Then a video started of The Astronomer reporting a distress call to the coastguard. The Celtic Deep had sunk. Send help. Please. The script to this was written by David Mitchell.

Then... everything stopped. There was a technical hitch. The video mixing was screwed. "Please stay in your seats." "OK, you can leave your seats but be back in 10 minutes." "OK, go and get a drink." 30 minutes later and we were back up and running. Drama!

For much of this section of the show Kate's filmed image was projected on a big screen at the back of the stage. She was floating in the sea - the film representing reality. Whereas real-time Kate was on the real stage - performing the dream sequences. If that makes sense. So filmed-Kate sang the real-life bits, and real-life Kate sang the dream-like bits.

The film was obviously pre-recorded but with a live vocal which Kate recorded while floating for 6 hours in the Pinewood water stage. 20ft deep in cold water brought on mild hypothermia and much swearing apparently.

The Ninth Wave was originally written to be a film but it was never made at the time. It actually works better as a dual film/stage piece though as that makes it easier to identify clearly what is real and what's a dream.

Anyway back to the show... frankly what we saw for the next 45 minutes was completely bonkers; variously coloured silk sheet waves, stage illusions, chainsaws, front-rooms, fish skeleton masks and costumes, lifejackets, buoys, and helicopters. No really.

At one point Kate was carried aloft, down the aisles, through the audience and out through the door. We went mental.

The tracks were:
And Dream of Sheep
Under Ice
Waking the Witch
Watching You Without Me
Jig of Life
Hello Earth
The Morning Fog

The music, acting and the singing was simply sublime and by the time we got to the end we are all weeping. We really needed that 25 minute break.

The second half continued the theme of separating reality from the imagination with a painter (played by Bertie) controlling the action stage right and the band and Kate performing stage left. What the painter painted came to pass. He controlled the sky and was responsible for the events that happened on stage.

A Sky of Honey was a journey of light and birdsong on a Summer's Day.

Snow started to fall and an artist's wooden dummy appeared through two huge Moorish doors. Controlled by a single puppeteer the character looked small and vulnerable dwarfed by the doors.

This second half started out as a more sedate affair at first. But a more beautiful one. Birds in flight were projected at the back, church bells rang out, the sun set and the moon rose. The painter was controlling everything we saw.

As the second half progressed though things soon gathered pace.

By the time we got to Aerial we were in right old wig-out territory. It was almost a stadium rock monster. We were all for climbing up on the roof ourselves as the music pounded and we were caught up in the rush of emotion . To top it all two silver birch tree trunks came crashing in from above - including one that impaled the piano.

Kate then turned into a blackbird and was projected into the audience.

Wow. Just wow! Wild applause and everyone was on their feet. Bravo! Bravo!

Back on stage sharpish for an encore (due to the overrunning) we had Kate performing solo on the piano with the rather wonderful Among Angels. Not even a pin dropped while she sang it.

Would I have changed a thing? No, it was Kate's show and we were just there to marvel at both her and it. Would it have been nice to have had Man With The Child In His Eyes, Moments of Pleasure or This Woman's Work instead of Among Angels? Maybe. But that took nothing away from the night.

Kate was a genius. The band was tight. The lighting brilliant. The make-up just right. The director Adrian Noble spot on. We couldn't have asked for more.

Here's to the next time.

(Oh and can you tour The Dreaming and Sensual World next please?)
Posted by overyourhead at Friday, September 05, 2014