Last night Simon and I went to watch the Champions League first round match at the Emirates Stadium as the might Arsenal took on the even mightier Bayern Munich.

We played pretty badly in the first half conceding two goals but picked up in the second, scoring one (courtesy of the ever smiling Lukas Podolski) but conceding another.

Just before kick-off the away fans let off a flare. Not a measly inshore one one but one of those 'you can see them for 50 miles in a storm at sea' bright orange ones. It filled the stadium with smoke and we could barely see the ball for 5 minutes. The smoke got caught in our throats too. My question is: how did they get in with that? And what if it had been a bomb? 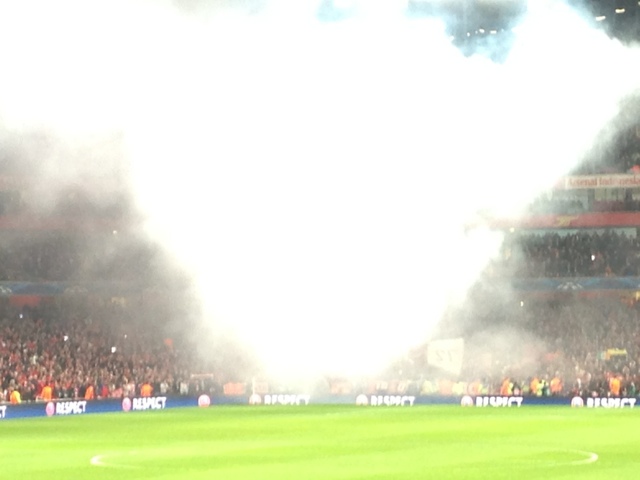 Posted by overyourhead at Wednesday, February 20, 2013