Merrily We Roll Along... 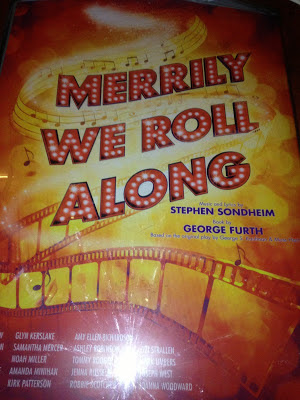 Late to the particular party last night Stu and I went to see Merrily We Roll Along at The Menier Chocolate Factory in London's glitzy London Bridge Quarter.

Running backwards in time from 1976 to 1957 the show tells the story of three friends and their successes (and failures) to make it in show biz.

I'm no big Sondheim fan and the backward timeline took a bit of getting used to but it was overall great fun. Packed with very polished performances and clever songs the show was well crafted, perfectly judged and very funny.

The show is now extended until early March now too - which says it all really.

Posted by overyourhead at Friday, February 08, 2013