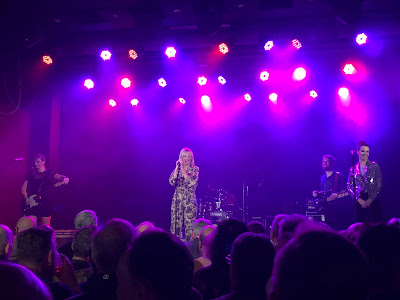 Last Saturday night Darren treated Stuart and I to a trip down memory lane. He took us to see early 1980s Scottish new wave/post-punk band Altered Images ft. Clare Grogan at the University of London Union in the glitzy West End.

As we entered, the ULU bar half-forgotten memories of misspent nights came flooding back; drunken nights jumping up and down in beer-soaked student bars with unknown bands blaring away, perched on small corner stages, with tinny sound systems. Not that tonight was one of those nights of course. The crowd swayed respectfully, the stage was a respectable size, and the sound system was as clear as a bell.

And of course the band in the corner was anything but 'unknown'. Altered Images had a great rush of success in the charts in the early 1980s. Many of their hits still are played today thanks to the band's strong writing talents and excellent production by the likes of Martin Rushent, Mike Chapman, and Tony Visconti. 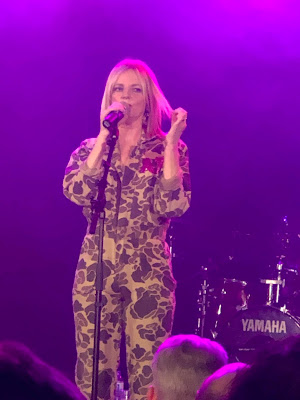 After success came some fallow years though and the inevitable split. In 2012, Ms Grogan put together a new all-female version of Altered Images and that was whom we were seeing tonight.

Clare was in wonderful form; looked great, jumped about, sang all the hits, and chatted to the audience. She seemed to be as happy to be there as we were to see her.

We sang along and revelled in the nostalgia. There was nothing but strong and loyal affection shown for this Glasgow girl.