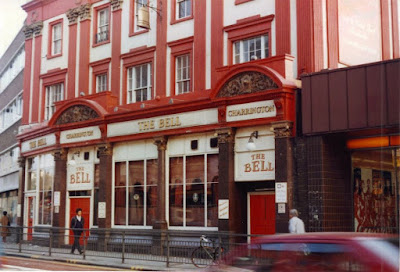 The other week Stuart and I took a fabulous, free walk through the glitzy borough of Islington: Islington's Pride - A Guided Walk through the LGBT History of Kings Cross.

Hosted by the lovely Janet we took a tour of Kings Cross - stopping off to hear LGBTQ+ stories of the past and the present.

Islington has been highly influential in the growth of the LGBT+ community, its organisation and rights through the 20th and 21st century. Islington’s Pride walk around Kings Cross was about celebrating activism and community support from the setting up of London Switchboard in the 1970s through to current organisations such as Say it Loud and Gendered Intelligence. 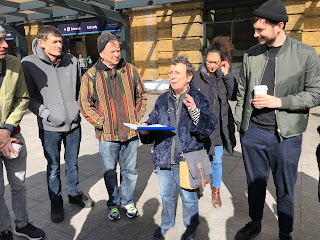 During the tour, we got to relive the heady days of the Scala cinema movie nights and The Bell Pub. The walk finished at Central Station pub who have supported every spectrum of LGBTQ+ society from SM Dykes to the Gay Christian movement since the early 1990s. We 'met' journalists along the way and Derek Jarman, the Kings Cross Steelers and Grace’s cricket group.

The walk started under the clock at Kings Cross Station but soon moved to Regent’s Quarter with its association with Pentonville - the prison where Oscar Wilde was first incarcerated before being moved to Reading Gaol. This was of course after his conviction following the famous accusation of "posing as a sodomite." 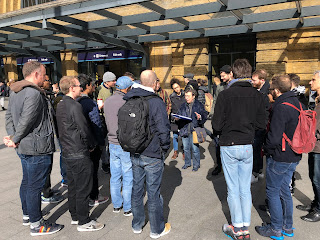 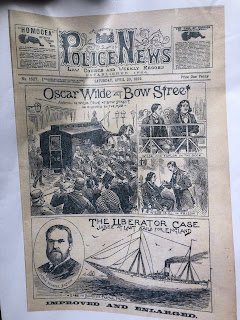 We then moved on to Houseman bookshop in Caledonian Road with its wide range of radical books, events, and support of progressive politics. Gay Switchboard started life in the basement and then expanded to the two upper floors before relocating to new offices nearby.

Next up was The Bell - a place where I all but lived for 5 years. We got to hear about Movements disco, the door policy, the dancing, the safe space, the heady mix of optimism, charity, respect and decadence. 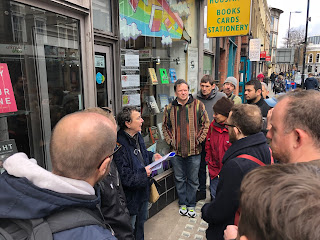 Nearby was charity London Friend. Established in 1972, it was the first LGBT organisation to get a Government grant. It still does amazing work today supporting the health and mental well-being of the LGB&T community in and around London. 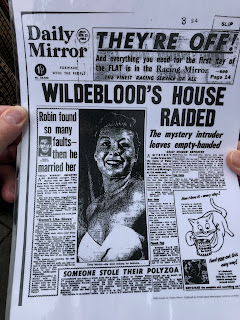 The penultimate stop was outside the new Guardian offices. A number of journalists were mentioned, not least Oscar Moore and his PWA (Person With Aids) column documenting his weekly unflinching coverage of his illnesses and suffering, including that of losing his sight.

Finally we reached Central Station - the place of so many stories - the fun, the laughter, the meeting place of so LGBT sports clubs, societies, and 'special interest' groups(!)

Janet has a first class host for the walk adding many personal anecdotes and encouraged us to share our own.
Posted by overyourhead at Thursday, March 28, 2019