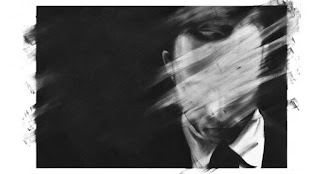 Last night Stuart and I went to see Waste at the Lyttelton Theatre on London's glitzy South Bank.

Waste was a highly controversial play banned by the censors when it was first written by Harley Granville Barker well over a 100 years ago. Not least because it deals with the thorny issues of smug politicians, sex scandals, sleaze, abortion, suicide and (wait for it...) antidisestablishmentarianism (gosh, I've been wanting to write review with that word in it.)

The plot centres around ambitious independent politician Henry Trebell (Charles Edwards), his plans for a bill to disestablish the Church of England and his fall from grace after his affair with married woman Amy O'Connell (Olivia Williams).

The title may refer to the waste of Trebell's potential talents due to the scandal, the loss of his disestablishment bill or the termination of Amy's pregnancy. Or indeed it may simply refer to the amount of time we spent watching this rubbish.

Because it was rubbish; stilted, wooden, trite, boring and frankly a waste of the obvious acting talent on stage or indeed the important issues it attempted, and failed, to raise. Women's rights, abortion, the conduct of politicians in their private lives are all interesting subjects - but just treated so poorly and glibly here.

The original play was a landmark in British theatrical history and the fight and time it took to bring it to a public production 30 years after it was first written is a fascinating story in of itself. Now that would have been a story that I would have been much more interested in watching.

Not recommended.
Posted by overyourhead at Friday, January 15, 2016