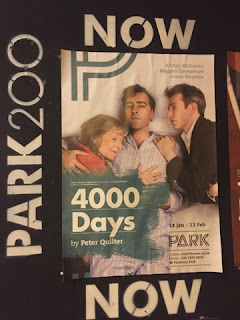 Tucked away behind the train station in Clifton Terrace the Park Theatre was a bit of a revelation to be honest. It was neo-rustic, friendly and had a good vibe about it. Rather like the rather delicious Italian meal we had next door before the show it was warm, welcoming and just a little bit sexy.

The play itself however was not as interesting. Alistair McGowan plays a man, Michael, who having awoken from a three week coma realises he has lost the last eleven years (4000 days) of his memories. This causes joy to Michael's acerbic and possessive mother, Carol, who believes she has now 'got her son back' but despair to his handsome but rather boring partner, Paul.

The first half of the play is a bit of a bitch-fest between Carol and Paul as they fight over Michael lying in his hospital bed. Carol attempts to (s)mother Michael whereas Paul tries to spark forgotten memories by showing him old newspapers and old photos. Michael's reaction seems to be to ignore them both and daub paint on the walls.

The second half picks up a bit as Michael starts to be more involved in the three-way drama but if anyone can't see the ending coming over the hill waving rainbow flags they need their rose-tinted glasses changing.

Examining memory loss is an interesting idea - although not a particularly original theatrical one - if done well. Here though it all seemed a bit underwritten. The jokes should have been a bit funnier and the desperation of the characters a bit more acute. It needed more passion. Ultimately we didn't really care who ended up with Michael as he seemed a bit of a drip.

Not really recommended. Nice venue though. 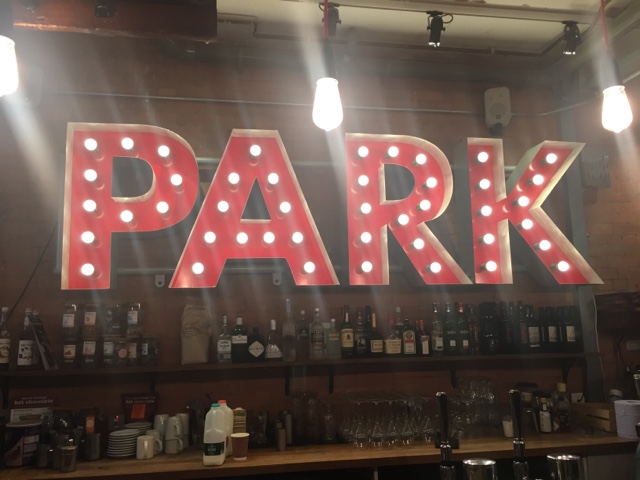 Posted by overyourhead at Friday, January 22, 2016