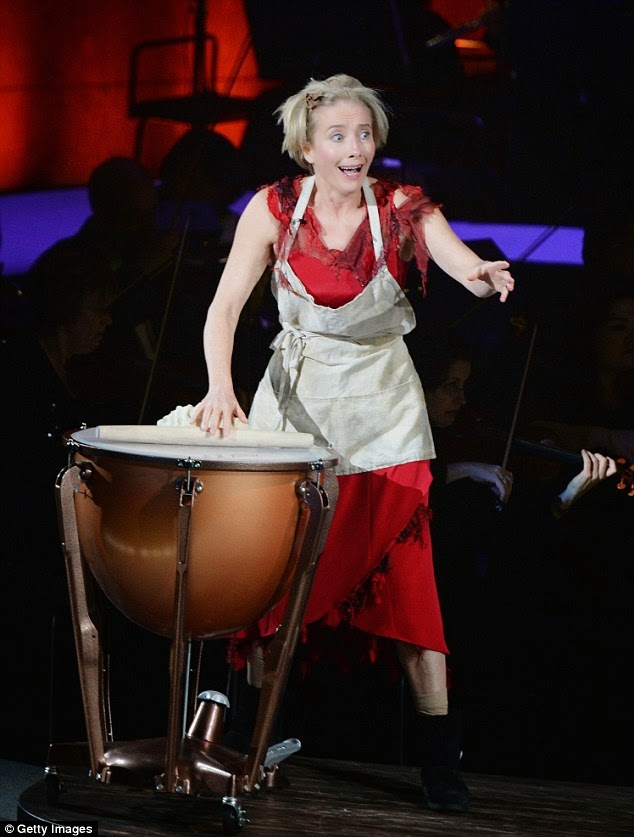 "Semi-staged?" you say? Yes, it's a sort of concert but still acted out using minimal props and no sets. "They do it all with shawls and lighting, love."

A couple of years ago we'd both seen the magnificent Michael Ball / Imelda Staunton production at the Adelphi and I'd seen both the 1980 production starring Sheila Hancock as Mrs Lovett and also the 1993 production starring Julia McKenzie in the same role. So Emma Thompson had big shoes to fill.

And fill them she did. Her voice was quite a revelation being soft when needed and oi oi brassy at all the right times. Needless to say her comic timing was perfect.
Her Mrs Lovett was cruel yet kind, heartless yet loving, knowing yet deluded.

Bryn Terfel's Todd was a thunderous wonderfully menacing rendition. He is the biggest operatic star on the London stage. In all senses. A voice so clear and seductive that you can hear every nuance and believe every utterance.

This production caught the mood of the piece just right turning the audience's affections first this way and then that as the wronged Demon Barber of Fleet Street sets out to enact his revenge. Quite a few innocents meet a grisly end before the corrupt and evil get their comeuppance in the barber's chair.

My only minor quibble would be that I would have loved to have seen a full staged production with the same actors. The miming of the props was a little distracting at times and having the dead simply walk off stage looked a little odd.

Catch it if you can!
Posted by overyourhead at Thursday, April 02, 2015